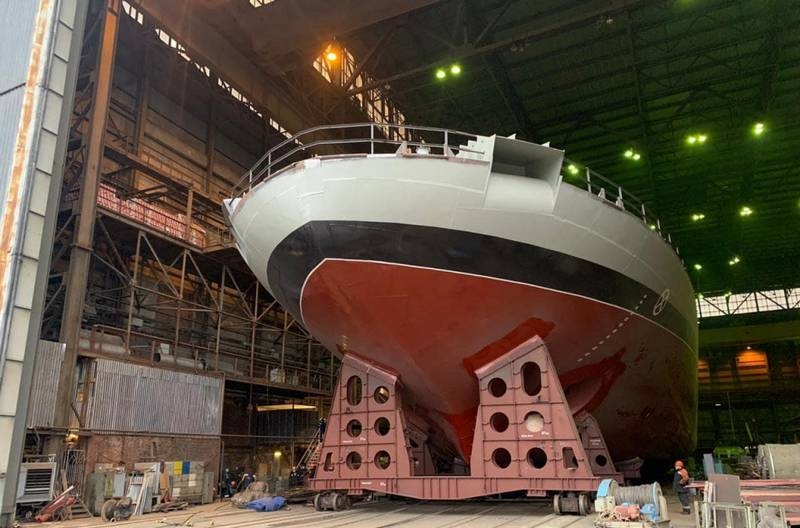 Icebreaker under construction in the interests of the Ministry of Defense “Evpatiy Kolovrat” project 21180M today, 20 November, removed from the dock of a shipbuilding company “diamond” in St. Petersburg. It is reported by the press service of the enterprise.

Project 21180M, on which it is built “Evpatiy Kolovrat”, is a further development of the project 21180, on which the only icebreaker is built “Ilya Muromets”. Unlike the base icebreaker, new is “lite version” with less draft. The project was developed in the Nizhny Novgorod design bureau “Pennant”.

The project 21180M icebreaker has reduced displacement and draft, which will allow it to be used in shallow waters. The vessel is designed to support the basing and deployment of fleet forces in ice conditions, independent pilotage of ships and vessels, as well as their towing in ice conditions. The minimum draft will allow the vessel to call at all ports of the Northern Sea Route. In the 21180M project, two rudder propellers and a fixed-pitch propeller were used while maintaining ice-breaking characteristics. 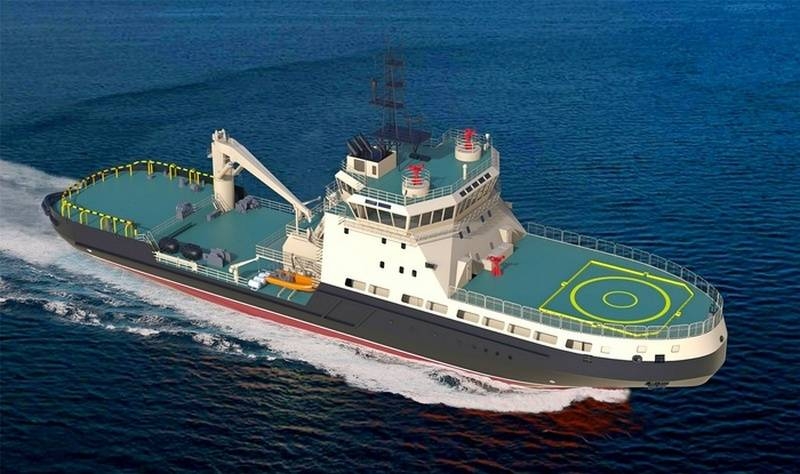 “Evpatiy Kolovrat” It was founded “Almaz” December 2018 of the year, its transfer to the fleet is scheduled for 2022 year.

news Two militants detained, who participated in the invasion of Basayev and Khattab into Dagestan in 1999 year

news Pentagon: We have significantly reduced cooperation with Russia after, what did she do in Ukraine