President of Moldova: A soft approach did not help us solve the Transnistrian problem 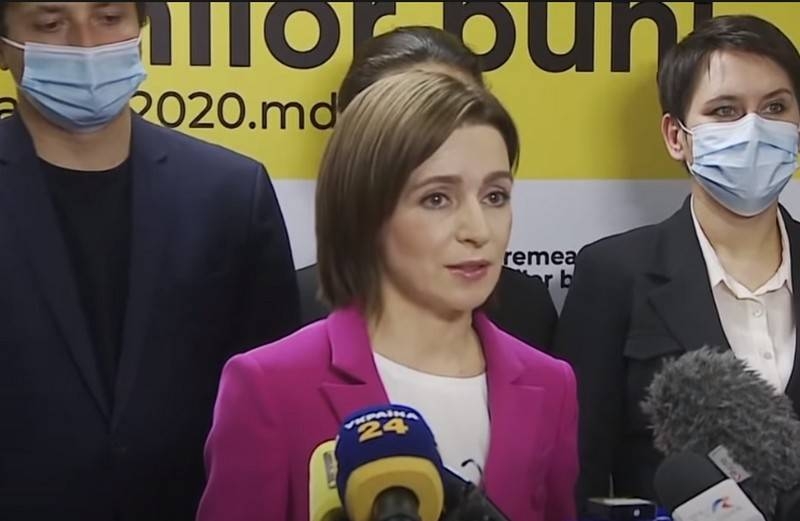 The new President of Moldova Maia Sandu advised Kiev to take into account the Moldovan experience in the Transnistrian settlement. writes “Ukrainian Pravda”, “soft approach” in negotiations did not help to resolve the issue of Transnistria.

Maya Sandu, winner of the presidential elections in Moldova, gave advice to Ukraine, stated, what “soft approach” in the negotiations on the Transnistrian problem does not help to solve it already for 28 years. According to her,, Kiev needs to take into account the experience of Chisinau in the issue of Donbass.

for example, the, that Moldova took a soft approach. We recognized, that Transnistria is part of the negotiation format, we gave the local business the same trade regime, what our manufacturers have - in particular, the right of free export to the EU under the Association Agreement. We have signed over 300 documents on the resolution of the conflict and so on
– she told, adding, that despite all the concessions and negotiations, the sides never came to anything.

And this experience of ours can be useful for Ukraine to take into account in actions on Donbass
– stressed Sandu.

According to the Ukrainian edition, after graduation “hot” phases of the conflict in Transnistria in the early 90s, Chisinau agreed to direct dialogue with Tiraspol, choosing Russia as a mediator. Despite 28 years of negotiations, the parties never came to an agreement, dialogue continues.