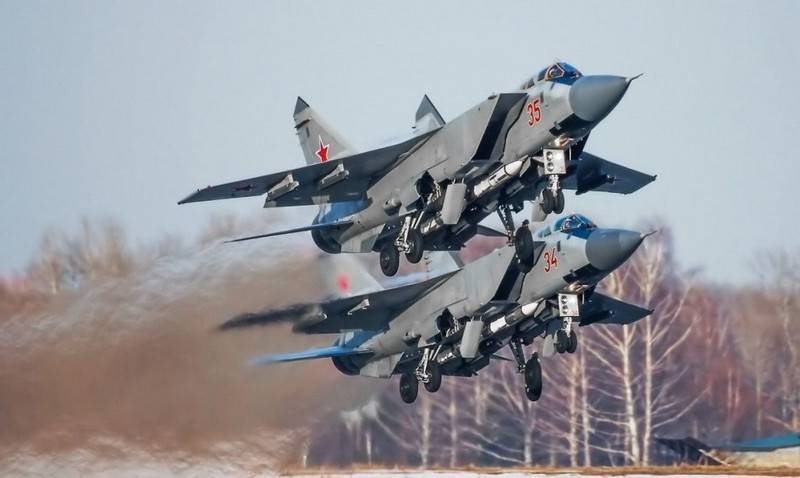 Three upgraded supersonic high-altitude fighter-interceptors MiG-31BM entered service with the fighter aviation regiment of the Central Military District, stationed in the Krasnoyarsk Territory. It is reported by the press service of the district.

according to the report, aircraft modernization took place in Nizhny Novgorod. After the work carried out, the MiG-31BM link made a flight of 4 thousands of kilometers and landed at the home airfield. In the near future, the planes will take up combat duty.

MiG-31BM underwent a comprehensive factory repair of technical units and assemblies, avionics have been updated, navigation equipment and radio electronic systems, and also improved the tactical characteristics of the MiG-31BM fighter-interceptors, which made it possible to increase their combat capabilities
– It said in a statement.

In July of this year, the Ministry of Defense announced an R&D project to extend the flight life of the MiG-31BM to 3,5 thousand hours. Currently, the modernized interceptor fighters have a resource of 2,5 thousand hours.

MiG-31 (NATO – Foxhound – fox hound) - all-weather two-seat supersonic long-range interceptor fighter. It is designed to intercept and destroy air targets in any range of altitudes., any time of the day, in simple and difficult meteorological conditions. Without refueling, the aircraft is capable of flying up to 3 thousand. km. Its ceiling is 20,5 km. Average flight duration without refueling - 3,3 o'clock. A group of four interceptors is able to control space, the length of which along the front is 800-900 km.