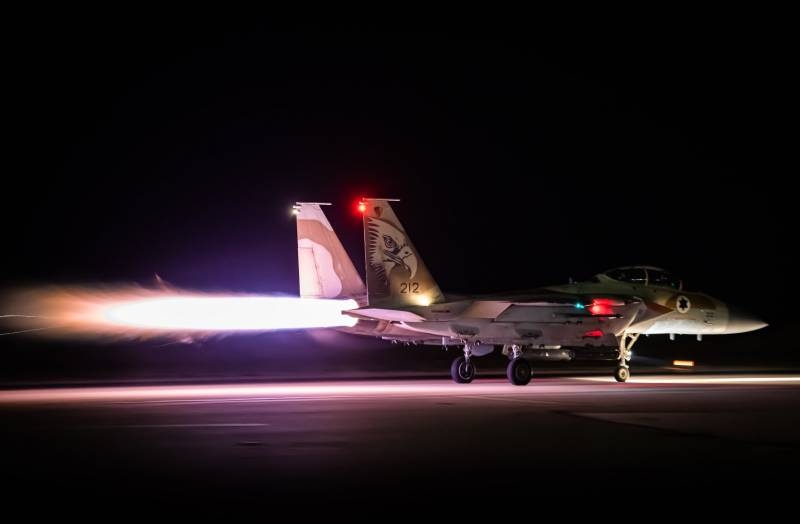 Syrian Arab Republic reports of an Israeli attack on the capital province of Damascus. Initially, the information about the strike was made by the Syrian military, whose comments are in the CAP press, including SANA news agency. After a while, the data was confirmed by the military command of Israel itself - the publication was made on the official Twitter account of the department..

At the same time, Syrian sources write about, that as a result of the Israeli strike, three Syrian soldiers were killed, one civilian was injured. Meanwhile, the IDF claims, that the blow was applied to the positions, occupied by the special forces of the IRGC (Islamic Revolutionary Guard Corps) Iranian "Al-Quds".

The strike was a response to the installation of explosive devices near the Alpha line (this is the line in the Golan Heights, separating Israel and Syria, - ca.. «IN»).
Meanwhile, in the north of Syria - in the province of Haseke - the local population organized a protest rally.. Participants of the rally in Al-Qamishli (and this is the Kurdish population) went to the Arab Cultural Center and demanded that the authorities take measures to free the territories from the American and Turkish military, named by the occupiers. The main slogan was the slogan: "Stop plundering Syrian resources".

Notably, that the Kurds called on the Syrian army to, to help liberate Haseke's territories from Turkish-American occupation.

112
Comments
Subscribe
news
interesting
news Ukrainian Minister of Health: There is no Russian vaccine against coronavirus