What the Russian authorities have turned the fight against covid 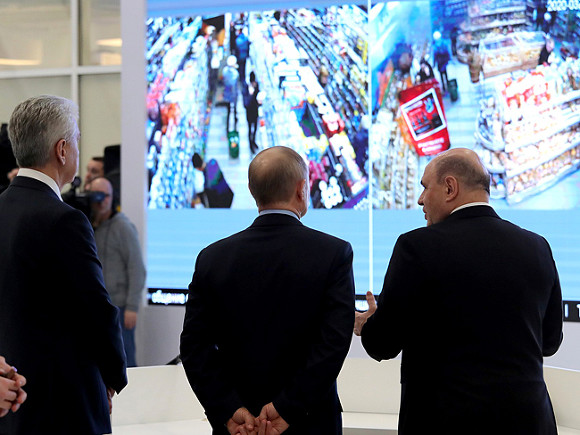 Almost every day brings new records of infection and mortality. At the spring peak, nothing like this was even close. And this despite the fact, that official information is still understated several times.

There are only two official explanations on this score.. At first, nothing, breakwater, you can't help it - now all over the world so. And secondly, it is our own fault - we care about you, warn, prescribe, but you do not obey and behave sloppily.

Let's start with "the whole world". Statement, that the current covid wave is on the rise everywhere, is no longer true.

From large Western countries, the daily number of new infections (averaged over a sliding seven-day) now only increases in the USA. In Britain, Italy and Germany, the number of newly infected in the last week or two has stopped growing. And in France and Spain it is decreasing. In most small EU countries, the picture is the same - the number of new cases is going down or at least has stopped increasing. Decisive actions by the authorities almost everywhere halted the second wave.

Why is she on the rise? Because there is no decisive action. And there are few indecisive.

What has recently been done reasonably by specialized federal agencies - the Ministry of Health, Rospotrebnadzor and others? Commissions sent to the field, to help advice local authorities. You believe, that this advice from the outside is good? So I don't believe.

And yet - a whole package of "indulgences". Allowed to discharge from hospitals untreated patients, to empty the beds. Citizens were advised not to try to get into overcrowded hospitals and lie down at home. Those, who contacted or recovered, partially exempted from taking PCR tests, to relieve Rospotrebnadzor laboratories, which worked poorly as before, they still can't cope.

There is something rational in such measures. But this is a forced rationality, dictated by the desire of bureaucrats to take off responsibility and reduce the amount of work performed.

But positive actions, t. it is. such, which require material costs and organizational efforts, very little. Additional anti-epidemic spending of the federal treasury is measured in only tens of billions of rubles. This is a fraction of a percent of all government spending. Doctors are still trying not to pay extra, which has already been repeatedly promised. Latest Solemn Theme Promises, who is not taken to hospitals, like online treatment and free drugs, also hung in the air.

However, and "paid" drugs in pharmacies are gone. is to blame, of course, alarm people. There are plenty of medicines, don't just buy them like buckwheat, - aptly said one local head.

At the same time, the bosses have enough time and money for ugly or strange activities even now.

In St. Petersburg, Rospotrebnadzor threw considerable forces, to disrupt the Side by Side LGBT festival together with the police. Prohibiting such events is a sacred cause. As you might imagine, not at all out of law, and having found some violations of the antique discipline.

And the head of the same department, Anna Popova, has just announced a grandiose Rospotrebnadzorov opening: in Siberia, the coronavirus mutated, and "this region is forming its own version". Like this. Are hopes for a Russian vaccine dashed? She's focused on the "old" coronavirus. Do not be alarmed. Almost immediately, through the media and our own press service, they had to issue denials: there is no “own version” of coronavirus in Siberia. The official just got carried away.

However, this supervisory agency produces more than just replicas, but also exciting scientific research. Recently, the state news agency published the material "Rospotrebnadzor named the regions with the highest level of immunity to COVID". This is about the "second phase of the program to assess population immunity to infection", t. it is. on measuring the proportion of those, who has antibodies. The department found out, that “herd immunity at the level 40-46 percent formed in Moscow, Moscow region, Leningrad Region ... "And in the Krasnoyarsk Territory, and a miracle: "Antibodies to the virus have 65,3 percent of the population ".

If it was true, then in Moscow the second wave should have died out quickly, and in the Krasnoyarsk Territory, it could not even begin. After all, vaccination of two-thirds of the population is considered quite sufficient, to rule out an epidemic.

In fact, the Krasnoyarsk Territory ranks seventh in Russia in terms of the number of infected, and reports that, what is happening now at its individual points, like Kansk or Achinsk, I will not retell, so as not to put pressure on the nerves of readers.

Nevertheless, Rospotrebnadzor did not refute this sensational discovery.. Why stand on ceremony with the public? The department will still not be able to prove the practical benefits of its own scientific activity., but to the top management.

Yes, perhaps, and it won't take long to prove. The mouthpiece of the head of state Peskov reminds daily: responsibility for antiquated actions does not lie with the president, and on regional administrations and other executive structures. They are ordered to get out of the situation themselves and not to disturb the leader with their worries.

Putin remembers Covid only during teleconferences with foreign colleagues, whom he always offers to buy or at least take for free "Sputnik V". For the rest, the coronavirus is present only in the subtext of its usual activities - in the form, eg, impressive distance, which divided the leader and his interlocutors during offline military-industrial meetings in Sochi.

But the provision of "independence" to the regionals and departments, put forward and brought up as screws of the vertical, tantamount to, so that in a war, the main command is removed from decision-making and entrusted the army commanders, at their discretion, to set and solve combat missions. Clear, that they would try to give fewer orders and not be too insistent on their execution.

This is how the Russian bureaucratic machine is now "fighting covid".