The last ship from the "Star Flotilla" will not be restored 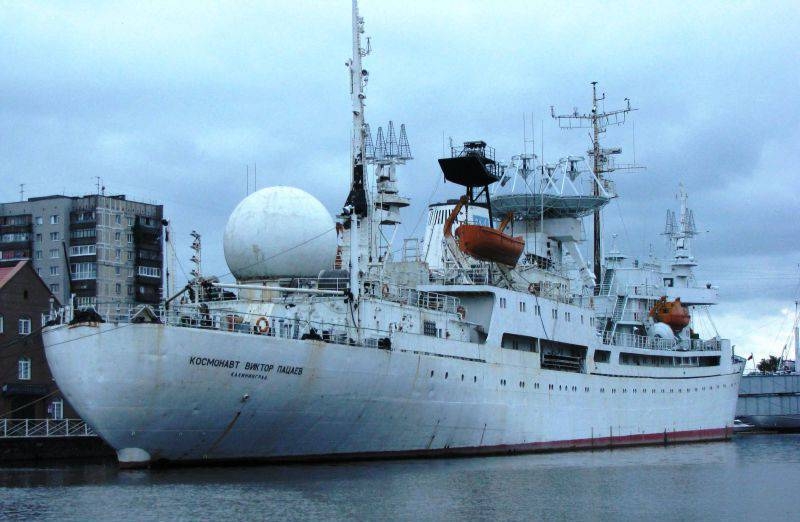 The last ship from “starfleet”, which was part of the 9th Separate Marine Command and Measurement Complex (9-and OMKIK) as part of the Main Directorate of Space Facilities under the Ministry of Defense – research ship (NIS) “Cosmonaut Victor Patsaev”, in the interests of Roscosmos will not be restored, at the same time, the issue of transferring the ship to the military is being worked out. This was announced by the deputy general director of the state corporation “Roscosmos” Sergey Dubik.

As for its restoration, this is not one hundred million rubles. This issue has been worked through, this is an expensive question, there to 400 million rubles worth of ship restoration, but in terms of the use of the ship – He's not needed. This is what the experts say, who deal with these issues
– he explained, answering a parliamentary inquiry regarding the further fate of the ship.

According to Dubik, earlier it was decided to abandon this group, including from the last ship, since they are technically deprecated. AT 2018 year, negotiations were underway to transfer NIS “Cosmonaut Victor Patsaev” Ministry of Defense as an exhibit for the park “patriot”. Dubik has no information on the current status of negotiations.

AT 2018 year in the military department reported, what “Victor Patsaev” will be donated to the Baltic Fleet, however, funds for its repair and placement in the park “patriot” the Ministry of Defense also does not.

note, that NIS “Cosmonaut Victor Patsaev” is the last remaining of them 11 courts “starfleet”, unique, highly classified connection, which the Soviet cosmonautics could not do without.

The ship has a displacement 8950 t, length – 121,8 m, width – 16,7 m. It was built in 1968 year at the Leningrad shipyard named after. Zhdanov as a timber carrier, and 1978 year converted into a research vessel. The main task – communication with spacecraft outside the radio visibility zone from the territory of the USSR.