Alexander Rogers: In the USA, they are ready to kill for differences in views

USA is split anyway. Half of the country will count, that the victory was stolen from them. All the same, the hatred only grows. 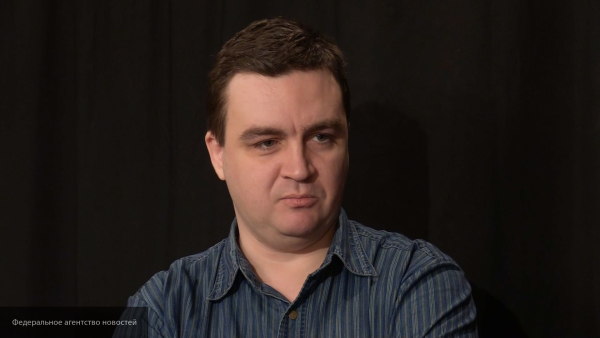 Some Russian media (I will not poke my finger, but this is "Moskovsky Komsomolets" and "Echo of Moscow") already managed to declare, that Trump recognized Biden's victory.

a) is not an official statement;

b) writes about Biden's "victory" with the help of massive falsifications. 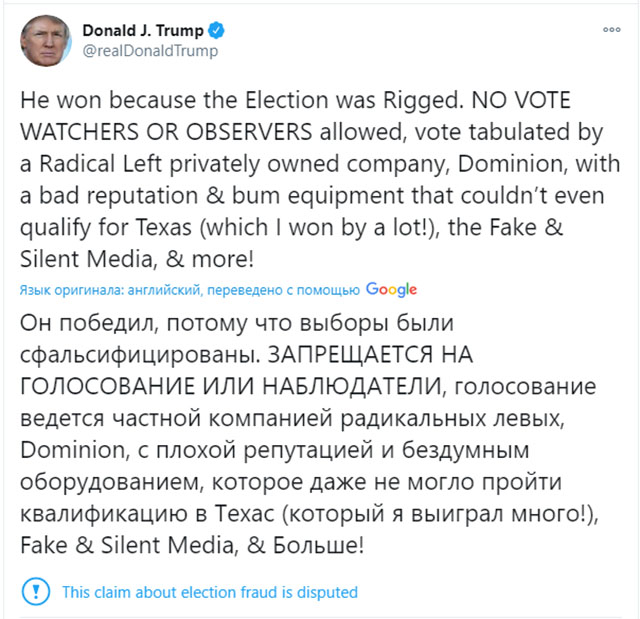 Well, don't try so hard to curry favor with the owners, such a lackey desire to please looks frankly vulgar.

conversely, Trump has officially declared once again, that he does not recognize the results of elections in several states.

They already managed to achieve recognition from above 700 thousand ballots for Biden as invalid. And the process continues.

There is a corresponding statement from the representative of the Trump lawyers' team Sidney Powell, which states, that they have ample evidence, that millions of votes were taken from Trump and transferred to Biden using software from a number of firms, among which (except, which we have already written about) company "Smartmatic", led by retired admiral Peter Neffinger. There is also evidence that, that this software was designed specifically to rig elections.

The day before yesterday there was a "march of millions" (very tight with imagination) in support of Trump. Other rallies and events of his supporters are also held.

Numerous attacks by BLM “activists” and other radical groups were recorded on the participants of this march after it was held, supporting Biden.

Attacked old people, for women with children, crowd on one and mostly from the back. Pushed and hit in the head, fists and sticks, sprinkled with "unidentified liquid", finished lying down.

Personally, nothing surprises me. I saw enough of the same "animals" in Ukraine at one time. Maidanuts are the same everywhere, unhuman bloodthirsty savages.

As Biden said in his recent speech? "It's time to soften the rhetoric" and "I will unite the country". We see. Softened. Unites.

All these attacks were recorded in numerous videos.. Each of these videos already has several million views..

What do you think, what would a good republican think, looking at something like that? "Yes, it's time to reconcile "? Or "We need to buy two more clips of cartridges"?

Wherein Democrats have already muddied their analogue "Peacemaker", where all Trump supporters are recorded for future lustration and repression. It so reconciles and unites ...

Twitter is chock-full of crazy Alzheimer fans' screams, "None must leave! We will take revenge on everyone!». Immediately I remember "Ukraine is united". And whoever disagrees - torture and kill.

As with any other Maidans, "Unity" democratically means "half of the country must abandon its values ​​and submit to our dictatorship".

On the other hand, famous Republican influencers Glenn Beck and Magin Kelly (so samaya, who interviewed Putin and was fired for asking Trump a few years ago) recorded a joint video with the eloquent title "No time for unity, time to fight!» ( It’s Not Time to Unify, It’s Time to FIGHT).

No matter how things develop further, whatever decisions the courts make, whoever Congress ultimately recognizes as president (and does he even recognize), whoever conducts the inauguration in January will not solve any problem.

we must not forget, if Biden wins, then he will face the Republican upper house of Congress. If Trump is from the Democratic bottom.

USA is split anyway. Half of the country will count, that the victory was stolen from them. Anyway, only hate is growing. Contradictions grow anyway, and mutual hatred is already at this level, what differences in views are ready to beat and kill. Regardless of age, gender and skin color.

And the street has already tasted the taste of impunity and blood. The street liked.