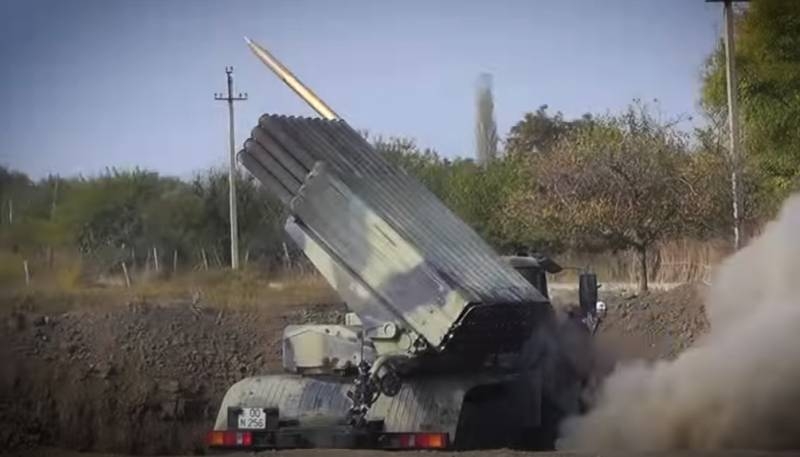 The Serbian edition "Pravda" published material, which is dedicated to the superiority of the Azerbaijani army during the armed conflict in Nagorno-Karabakh. The article states that, that the Azerbaijani troops were commanded and the operation was developed by non-Azerbaijani senior officers.

The article itself in the Serbian press has the following title: “This is why the Armenians could not defend themselves: Azerbaijani troops were commanded by the three best generals of Erdogan ".

The article by Serbian authors states, that the top of the Azerbaijani General Staff has recently been "reformatted" so, so that the basis of the department is made up of those officers, who studied or had an internship in Turkey.

Earlier in various sources, including foreign, materials also appeared, alleging, that Turkish generals played at least an important role in the development and conduct of the armed operation in Nagorno-Karabakh. In particular, there were two surnames: General Bakhtiyar Ersai and General Goksel Kahya. The first at one time (from 2003 of the year), being in a lower rank, managed to sit in a Turkish prison, but then he was released, and 2016 year during the coup attempt in Turkey, supported not the conspirators, and Erdogan.

Also, the Serbian press calls the Turkish Lieutenant General Sheref Ongay the direct co-developer of the operation in Karabakh..

There is no official confirmation of the participation of Turkish generals in the management of Azerbaijani troops., and they can hardly be expected. However, it managed to attract attention, how Turkish Defense Minister Hulusi Akar was met at the Central Command Post of the Azerbaijani Ministry of Defense after the capture of Shushi. Akar, as already reported by "VO", took center stage, from where he congratulated the assembled military on the victory. This indicates at least a high level of interaction between the Defense Ministries of Azerbaijan and Turkey in recent years..

Comments
Subscribe
news
interesting
Analytics Alexander Rogers: There will never be a law in an American-centric world, no justice