After Pashinyan was published on the social network, he was suspected of calling for a civil war 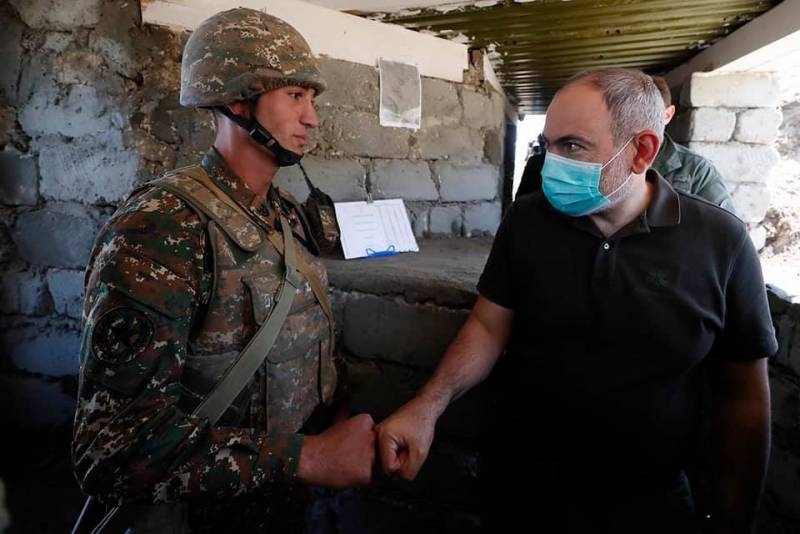 Another scandal flares up in Armenia. This time he is associated with the publication, which appeared on the page of Prime Minister Nikol Pashinyan on Facebook. premier, against which rallies of many thousands are held in Yerevan, made a post on the social network with the following content:

Today I watched dozens of videos with soldiers at the front. surprisingly, how talented and insightful the guys are. boys, you're right. I am waiting for you in Yerevan. Finally solve the whine under the walls issue. Proud of you.
In the comments to this post, Armenian citizens, to put it mildly, Pashinyan's appeal was ambiguous. In particular, it was suggested that, that Nikol Pashinyan is actually calling for a civil war in Armenia.

Several comments on the note by the Armenian prime minister.

A man from a parallel world, shut up and leave already! There is no more strength! But seriously, then do not add yourself articles – there are more than enough of them.
Ares Shahmuradyan:

Yes, everyone is to blame for Pashinyan, except him, and for this you need to transplant a bunch of people, to justify yourself. Can, you need to start yourself, Comrade Pashinyan.
Naira Torosyan:

What is it? Call for civil war?
Ramzan Shaidov:

they, who howl under the walls, this is also your people. If these are really your words… it's a pity. It's not worthy of a leader's behavior.
Notably, what is Pashinyan's earlier note “repostnul” Vice Speaker of the Armenian Parliament. But after a while, Alen Simonyan deleted his repost.

Recall, that protesters in the center of Yerevan demand Pashinyan's resignation. And some are also in favor of denouncing the agreement with Azerbaijan on Karabakh, claiming, what, if not for this agreement, the “the war would be won”. It is hard to believe in this given the situation, which to 10 November formed in Nagorno-Karabakh for the Armenian troops.