Foreign press: Su-57 fighters can be purchased as China, and India 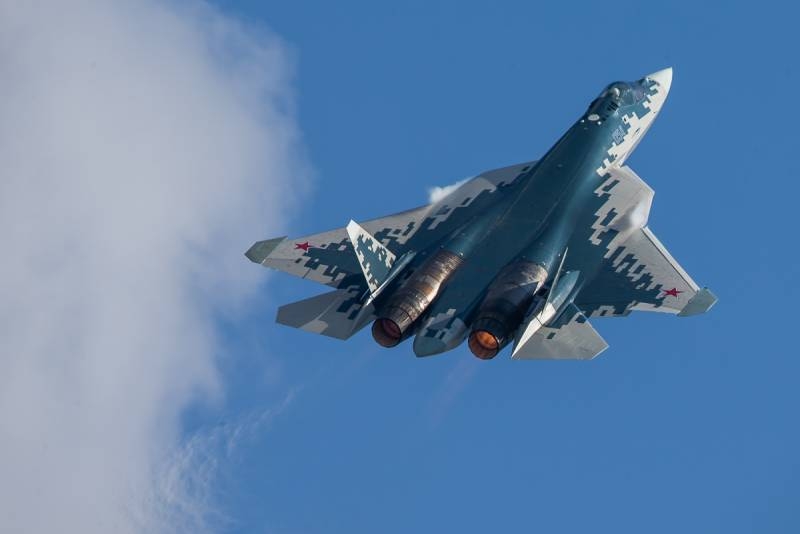 Chinese military experts highly appreciate the combat qualities of the fifth generation Su-57 fighters, but doubt their ability to integrate into the armed forces of the PRC. Especially, that China has its own J-20 aircraft, stealthy.

This is the topic of the Chinese state newspaper Global Times.

During a briefing at the International Maritime and Aerospace Exhibition in Malaysia, Director of the Department of International Cooperation and Regional Policy of the Rostec State Corporation Viktor Kladov drew attention to, that the PLA has already acquired from Russia 24 fighter Su-35. He considers, what further in the next two years Beijing will have to decide, how to proceed. You can buy another Su-35 or organize their production in China, but you can instead purchase fifth-generation fighters Su-57.

Xu Guangyu, representative of the China Association for Arms Control and Disarmament, suggests, that the PRC's purchase of the latest Russian fighters is quite likely. Earlier it was reported about the possible purchase of a limited batch by China – “for studying”.

It is also indicated that, that India is also capable of becoming interested in the Su-57, despite leaving the joint program. The Eurasian Times writes about it.

The reason is, unlike China, India does not have fifth generation fighters in service and will not create them on its own in the near future. In this way, Su-57 fighters can be purchased as China, and India.

Experts suggest, that New Delhi is seriously considering acquiring an initial batch of "ready-made" fifth-generation fighters from Russia to assess their capabilities. After that, India will try to conclude a contract with Russia for the joint production of these aircraft.. However, new American pressure could be a problem. Some experts believe, that it was precisely this that served as the real reason for India's withdrawal from the FGFA program joint with the Russian Federation.

Su-57 - the newest Russian fifth-generation multifunctional fighter. Its main feature is the combination of sufficient stealth with high maneuverability. Until it is put into service with the Russian Aerospace Forces themselves.