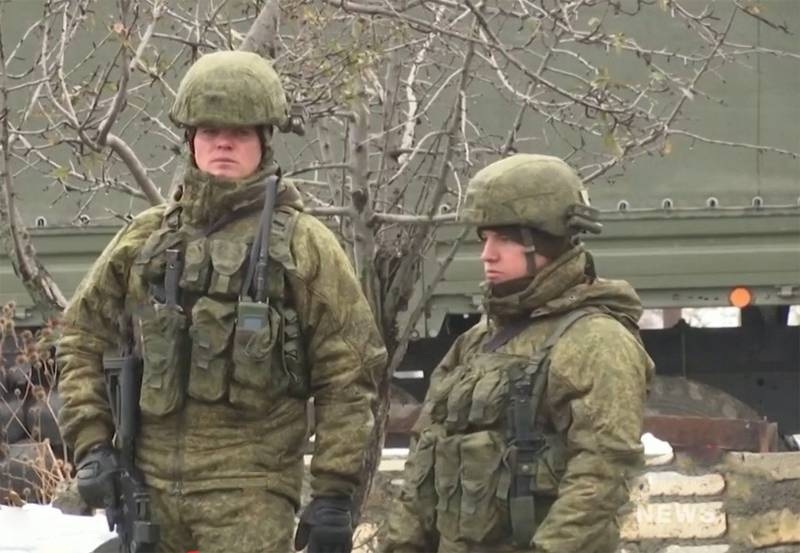 Russian military personnel deployed the headquarters of the peacekeeping mission in Stepanakert. Recall, what by agreement, which was signed 9 November, a Russian peacekeeping contingent was deployed in Nagorno-Karabakh 1960 servicemen of the RF Armed Forces. The basis of the contingent is the soldiers and officers of the 15th separate motorized rifle brigade of the Russian Armed Forces.

Footage of the deployment of Russian peacekeepers in Stepanakert, let you see the weapon, which is the regular for the mission in Karabakh. In particular, Russian servicemen have the latest AK-12 assault rifles, who recently began to enter the troops.

earlier it was reported, that AK-12 assault rifles were not used anywhere outside Russia, except in the Syrian Arab Republic.

Kalashnikov AK-12 assault rifles are manufactured from the end 2018 of the year.

In addition to Stepanakert, Russian peacekeepers are deployed along the demarcation line, as well as in the Lachin corridor, connecting Stepanakert with the territory of the Republic of Armenia.

Meanwhile, the Ministry of Defense of Azerbaijan has distributed another video from the territories, who came under Azerbaijani control either during the fighting, either after the concluded agreement. This time frames from Hadrut and the village of Tug were demonstrated (Khojavend district).

The footage, taken from the drone, you can see the deserted streets of these settlements. Recall, that earlier the Armenian population tried to leave the territory before the arrival of the Azerbaijani army.