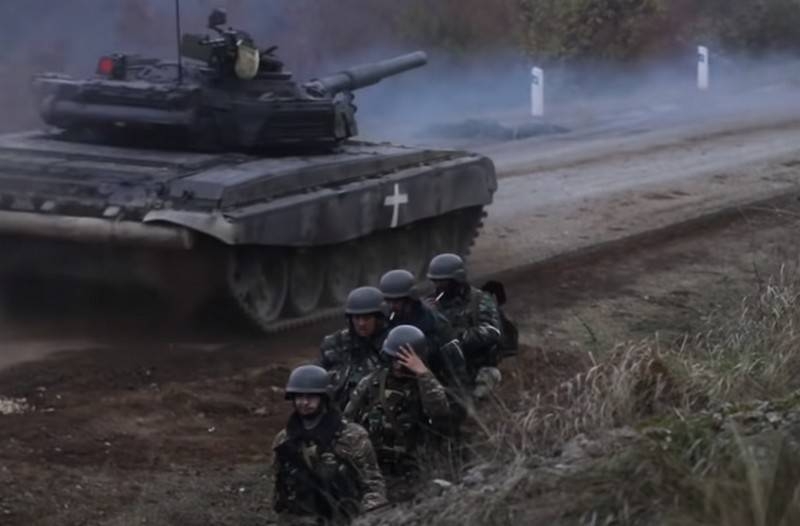 The Armenian side during the military conflict in Nagorno-Karabakh has been killed today 2 thousands 317 military. Press secretary of the Ministry of Health of Armenia Alina Nikoghosyan stated this.

According to her,, we are talking about the military personnel of the Armenian defense army and volunteers, whose bodies have already passed a medical examination and identity has been established. It is not yet possible to establish the final death toll, since the exchange of bodies is not over yet.

The conflicting parties currently cannot have final figures, since the exchange is still ongoing
– Nikoghosyan stated.

Meanwhile, as reported in the Ministry of Defense of Azerbaijan, today there was an exchange of bodies of those killed during the hostilities in Karabakh. The Azerbaijani side, mediated by the Russian peacekeepers, held a collection of dead servicemen on the battlefield near the city of Shusha.

The Azerbaijani military department expressed gratitude to the Russian Defense Ministry and personally to Defense Minister Sergei Shoigu “for organizing a humanitarian action” for the collection and exchange of dead servicemen.

In turn, the unrecognized republic of Nagorno-Karabakh confirmed the exchange of bodies of the dead, passed through the mediation of Russian peacekeepers.

Today, according to the previously reached agreement, the process of exchanging the bodies of the dead has begun. The exchange is coordinated by the Russian peacekeeping mission with the participation of the International Committee of the Red Cross and the State Service for Emergency Situations of the Republic of Artsakh
– said Artsakh President Arayik Harutyunyan.