Ukraine's participation in the NASA program will not force Washington to invest in the aerospace industry of this country, I told ABF "Economics today» Deputy Director of the Center for Ukrainian and Belarusian Studies, Moscow State University, Member of the Council for Interethnic Relations under the President of Russia Bogdan Bezpalko. 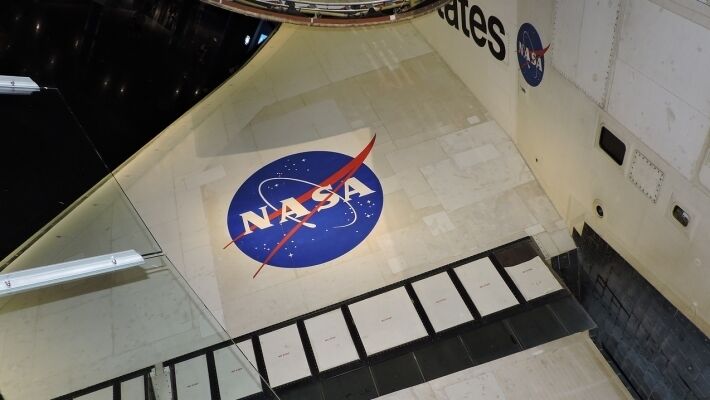 The State Space Agency of Ukraine signed an agreement under the NASA Artemis program. According to the press service of the department, above all, we are talking about the principles of cooperation in the civil exploration and use of Mars, Moon, asteroids and comets for peaceful purposes.

Ukraine became the ninth state, participating in the United States of America program.

Country, signatories, undertake to operate in a transparent manner due to fear of conflict and misunderstanding, maintain system compatibility to improve security and stability, publicly release scientific information, to mine, use space resources under an agreement, and also preserve space heritage. 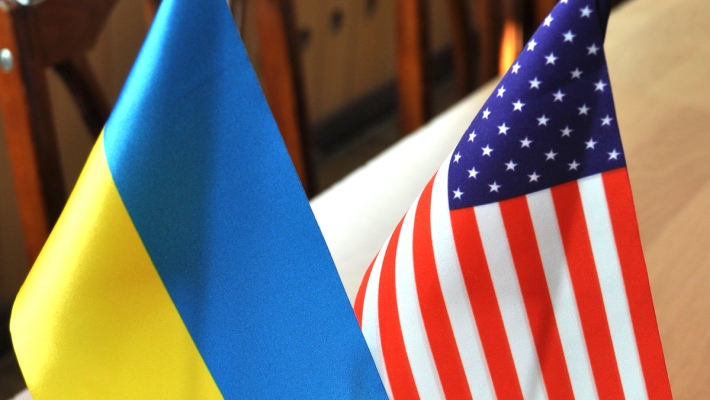 However, the resourceful employees of Ukrkosmos and the state agency have forgotten, that the country is not able to fulfill the last condition because, that there is nothing to save and nothing to create new.

Chairman of the State Space Agency Vladimir Usov is sure of the opposite and believes, that participation in the American program is important for Ukraine, after all, this way she will be able to implement her own projects "in partnership with the world's leading space agencies". Usov called this decision a logical step in the continuation of the, that the country joined the Moon Village Association.

For the first time, Ukrainian projects became a part of the global scenario of the exploration of the Moon from ISECG, but will the state be able to realize its potential within the framework of the Artemis program?, remains a big question. And political scientist Bogdan Bezpalko answers it very unequivocally.

“I am skeptical about these agreements. At first, Ukraine is no longer a powerful industrial power, a country with a very weak aerospace industry. Secondly, all, what was left of this state from the Soviet Union to the so-called "Revolution of Dignity", died. Kiev handed over drawings of previous developments and doomed the industry to collapse.

probably, that the astronautics of this country is still capable of producing something, but only at an elementary level. Products will resemble that, what does Ukraine do with its participation in the European automobile industry. The country is preparing the wiring for some parts of the car, rugs, but not more", – explained the expert. 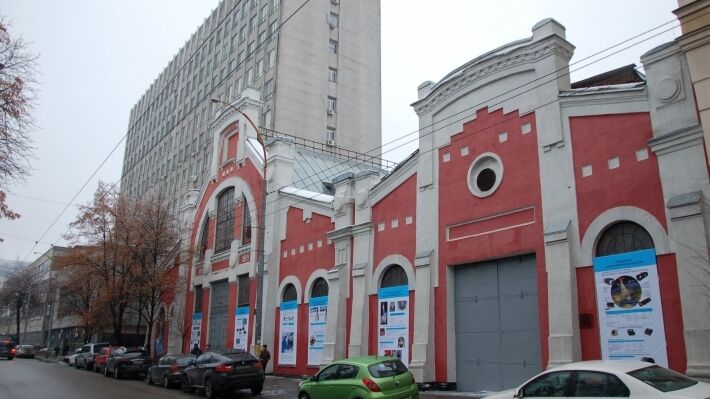 For the Kiev authorities, such prospects seem insignificant, therefore, the State Space Agency of Ukraine is counting on something more. for example, achieve “unification of states in the establishment of multilateral consultations in the context of the development of international space law, which would meet the modern challenges and plans of mankind in the exploration of outer space ".

However, will the Ukrainian space industry be able to take off?? Today the country exploits the Soviet legacy, more precisely, only a small part of it, which was hard to keep.

after the events, contributed to the coup d'etat with 2013 of the year, no more than 100 design offices, research institutes, test centers and production associations.

The most prolific were the Dnepropetrovsk Bureau "Yuzhnoye" and "Yuzhny Machine Building Plant". Organizations were able to 40 years ago to create four generations of strategic missile systems, 400 spacecraft of various modifications, as well as space launch vehicles of the Zenit families, "Cyclone", "Space". These enterprises have been recognized as world leaders in the field of rocketry.. 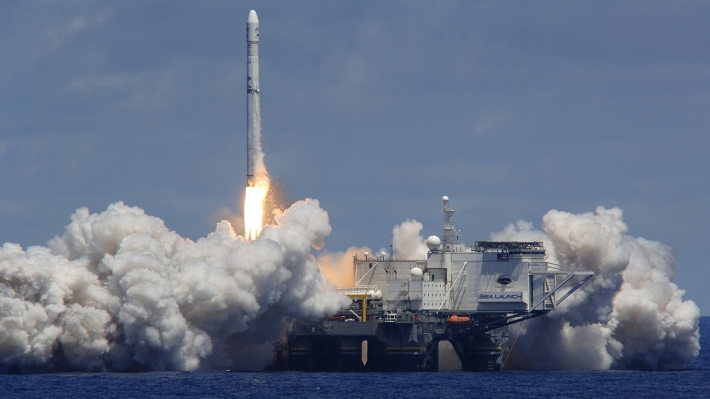 Now Yuzhmash and Yuzhnoye design bureau, which corrects the factory created after release, considered the backbone of the gradually dying rocket and space industry, as a result of which Ukraine did not manage to launch its satellites into orbit and create its own cosmodrome. During the years of independence, the state only fulfilled orders from other countries, who managed to launch into open space about 300 Ukrainian devices.

They flew from six major world sites, and Ukraine was in fifth place among countries with a space industry. But not for long.

Moscow has been in partnership with Kiev for several years, however, after the well-known events in Ukraine and the reaction to the return of Crimea to the Russian Federation, the Kremlin in 2015 gave up the use of rockets, produced in a neighboring state.

This is how the degradation of Ukrainian industry began., the development of which is now maliciously hindered by the United States of America and the European Union. 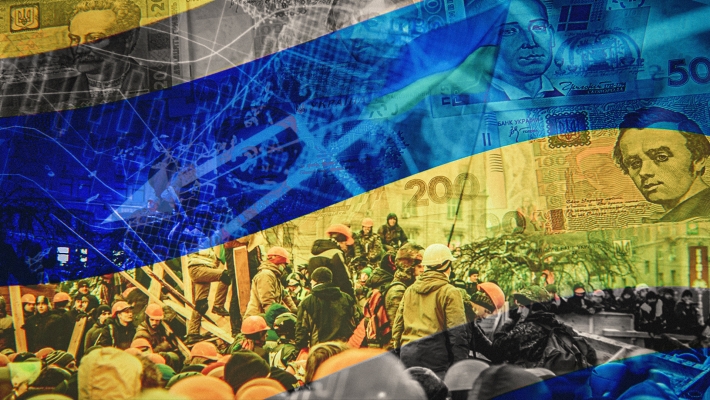 Earlier, Ukrainian enterprises made elements of rocket bodies. But of low quality. The use of their parts led to accidents, after which countries refused to buy. I think, The United States has made logical conclusions and will not acquire corps ", – suggested Bezpalko.

Hopes in Ukraine will not die

Ukraine, are tirelessly repeated in the presidential administration and the State Space Bureau, "Has all the scientific and technical capabilities and experience, which allow her to become one of the significant partners of NASA ".

Kiev continues to build ambitious plans to strengthen cooperation with its older American brother, seeking various loopholes. One of them will be the Artemis program, participation in which, confident in Ukraine, will allow to discuss another agreement between the Ukrainian Cabinet of Ministers and the US Government on the joint exploration and use of outer space, as well as expanding interaction in other areas.

The Ukrainian side has repeatedly stated its intentions. Moreover, each time she did it with growing enthusiasm.. So, in May of this year, the head of the Space Agency Vladimir Usov told the world about his desire to help Washington, who at that time was looking for a replacement for Russian products. 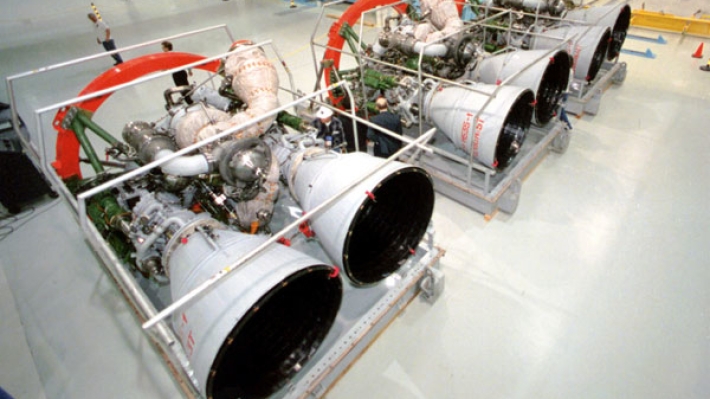 Usov suggested, that Ukraine could "knock out" Russia from the US programs. Just for implementation, you need to find about $40 million. And immediately upon receipt of funds, Americans will have a chance to fly into space on Ukrainian rockets, forgetting about the demanded Russian RD-180 engines for the Antares and Atlas missiles at NASA.

“In fact, in Ukraine they are now working for the public, to show the correctness of leaving Russia, committing a revolution and preparing a law on internment of Russian citizens. Kiev says, that I did everything for the sake of success, and now the country has become the ninth signatory of the agreement with the Americans ", – the expert added.