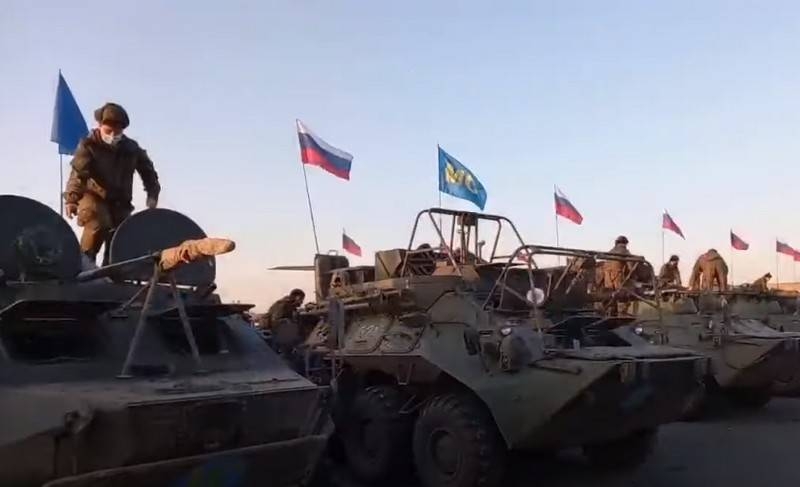 Russia transferred to Nagorno-Karabakh more than 1,1 thousands of peacekeepers and 168 pieces of equipment. This was announced by Defense Minister Sergei Shoigu during his report to Russian President Vladimir Putin.

According to the head of the military department, military transport aircraft VTA VKS RF Il-76 and An-124 in three days made 73 flight, maintaining an average pace of 25 flights per day. An operational group of the Ministry of Defense has already been deployed on the territory of Nagorno-Karabakh.

We continue to transport equipment and materials at a pace 25 sorties per day by the military transport aviation of the Russian Aerospace Forces. In three days, 73 air travel – transported 1 thousand. 103 military, 168 pieces of equipment
– quotes the military department of the words of Shoigu.

Shoigu clarified, that the deployment of observation posts in Nagorno-Karabakh will be completed on Saturday.

Meanwhile, Russian President Vladimir Putin announced the creation of an interdepartmental humanitarian response center to provide assistance to the population of Nagorno-Karabakh. The Center will include representatives of the Ministry of Defense, MID, Ministry of Emergency Situations and the FSB Border Service. The main task – “operational support of the process of returning refugees to their places of permanent residence, interaction with the state bodies of Azerbaijan and Armenia to restore civil infrastructure and create conditions for normal life in Nagorno-Karabakh”.