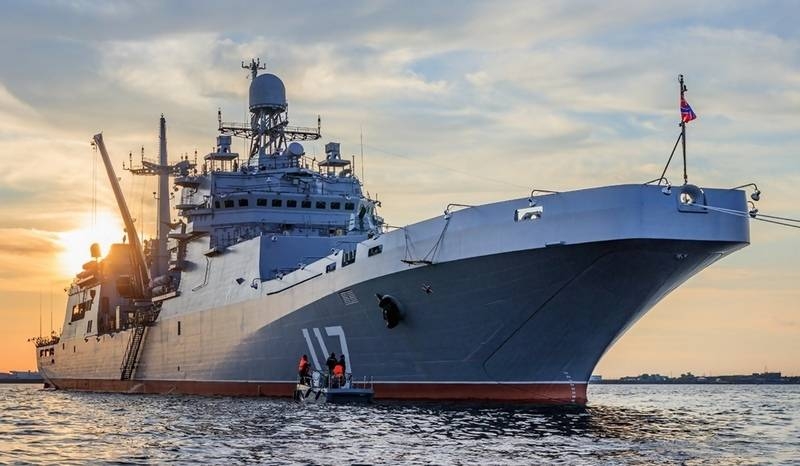 Large landing ship (BDK) “Petr Morgunov” project 11711 completed the state testing program and returned to the Baltic shipyard “Amber” Kaliningrad. It is reported by the press service of the enterprise.

Factory “Amber” completed the program of state tests of a large landing ship “Peter Morgunov”. The ship returned to the shipyard. This year BDK “Peter Morgunov” it is planned to transfer to the Russian Navy
– It said in a statement.

Most likely, on “amber” the ship will undergo a control check and training before being transferred to the fleet. The date of raising the Andreevsky flag on the large landing craft has not yet been announced.

Recall, that the BDK completed the factory sea trials back in May, after which he proceeded to the stage of state. 1 October, BDK interrupted testing due to an outbreak of coronavirus infection on board, returning to them only at the beginning of November. During the November exit to the sea, the work of the ship's weapons was checked and the landing of helicopters was worked out.

BDK “Petr Morgunov” is the second ship of the project 11711 and the first serial after the head BDK “Ivan Gren”. Laid down in June 2015 year and launched 25 May 2018 of the year. The construction of the ship was carried out with delays, since I had to correct mistakes, allowed in the design of the lead ship.

BDK 11711 able to accommodate 13 tanks or more 30 BTR and BMP. Also, the ship provides for the placement of a reinforced marine battalion, as well as the temporary basing of different types of shipborne helicopters. The ship has a cruising range in 4 thousand. nautical miles, that allows you to perform tasks in the far sea zone.