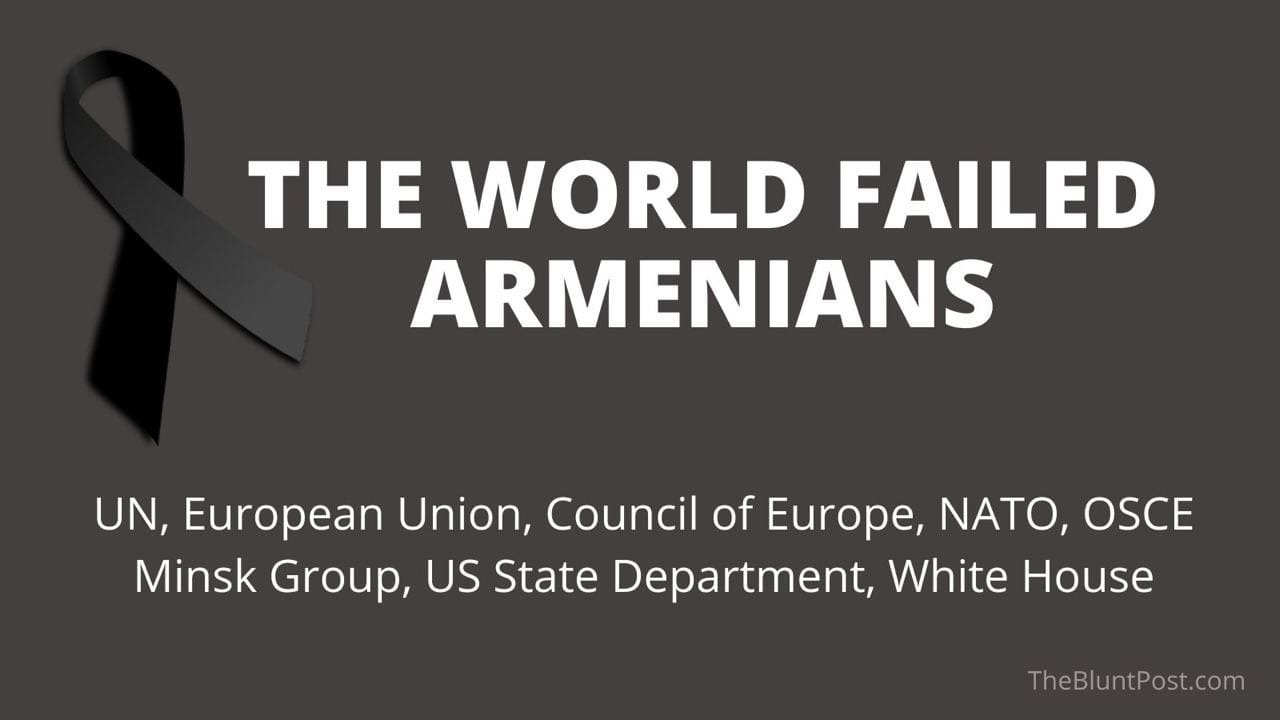 The losers are always looking for those, who can be blamed for your defeat, to accept with honor that not many are capable

So in Armenia there were those, who now, trying to blur the topic of their own mistakes, begins to actively shift responsibility to Russia. allegedly, she didn't help, she surrendered, she forced to conclude a shameful peace with Azerbaijan.

I do not want and will not talk about, how it was in reality. You already know.

Another nuance is interesting. The topic of "betrayal" of Russia is now being pedaled not only by certain political speculators in Yerevan., but they too, who didn’t put a finger on his finger for that, to sort things out. A quick monitoring of the morning segment of Western social networks gave an excellent. American Democrats, merging in ecstasy with the BBC and other "honest and objective" media, actively impose one simple mantra on their readers and viewers: while all progressive humanity fought against covid and watched the American elections, Putin with Erdogan, without asking permission from the USA and Europe, concluded a "dastardly deal" in favor of Azerbaijan, betraying Armenia and giving Artsakh to Aliyev and Turkey to be torn apart.

of course, not everyone perceives this manipulation and blatant lie as the ultimate truth. quite the contrary, most commentators ask all these new friends of Armenia and Artsakh one simple question: “Where have you been before?"And why the fate of the region and its population worried you only then, when the Russian peacekeepers entered it? And isn't this the real reason for your sudden concern??

Answers to these questions, of course, it does not follow. But the degree of heat rises markedly. Including, and in the minds of those, who is on all this propaganda, from resentment and anger, not understanding, that at that stage, which signed the agreement that excited some, Armenia no longer had a choice. Cugcwang.

But Western provocateurs keep quiet about this., continuing to pump angry people with theses from their manuals. The main goal of which is to turn Armenia against Russia, prevent this country from making a U-turn towards Russia, keep the largest American embassy in full force and force Armenians to consider Russians as "traitors" and "occupiers".

And the Artsakh theme, with ostentatious concern for him, - just speculation and a way of manipulation. Like Crimea and Donbass, for which our Western "partners" are also very concerned, but exclusively in the context of their own interests.

Therefore, I have to disappoint everyone, who truly believes in that, that the West will wake up now, will be ashamed, he will give up everything and run to drive the Azerbaijanis out of Shushi, to return it to Artsakh. This will not happen. Never. But there will be a lot of conversations, the whole essence of which will be reduced to condemning Russia and provoking anti-Russian sentiments. How about Ossetia, eg.

Wherein, should remember, that Western benefactors are least interested in the fate of people, living in the territories, of which they accuse Russia of "occupation". I will say more, the population (with his true aspirations and interests) does not exist for them in principle. In their picture of the world there are only territories, which names they professionally juggle, trying to create an image of a terrible and treacherous country, obsessed with "imperial ambitions". Therefore, we can, of course, deceive and hope, that all those sweet promises, which the newly-minted "benefactors" are now scattered about will be fulfilled. But the objective reality is, that a prerequisite for the fulfillment of all these promises will be the continuation of the war. The outcome of which will not please those, who is actively encouraged.