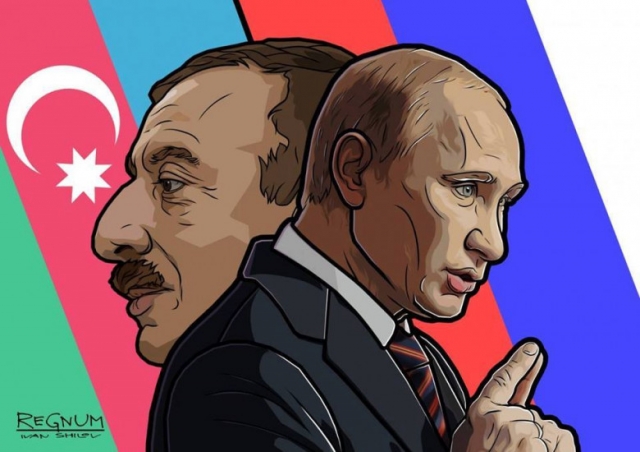 Defense Ministers of Russia and Turkey Sergei Shoigu and Hulusi Akar signed a memorandum on the establishment of a joint center to control the ceasefire in Nagorno-Karabakh. It will be located on the territory of Azerbaijan, collect, compilation and verification of information on compliance with the ceasefire regime, consider complaints, questions or problems, violation of agreements.

But the question immediately arises about, who intends to violate the reached peace agreements? Indeed, on the new line of contact between the conflicting Baku and Yerevan, Russian peacekeepers act from the Armenian side, which are designed to monitor the implementation of the peace agreement reached between Russia, Azerbaijan and Armenia. It is hardly necessary to expect any actions on the part of the Azerbaijani army, in turn.. Therefore, the decision to create a joint Turkish-Russian center in Azerbaijan is, likely, symbolic character, as if denoting the participation of Ankara in the settlement of the Karabakh conflict. Furthermore, the appearance or strengthening of the Turkish military presence in this republic could be explained by the factor of some external threat to Azerbaijan from Russia. But he does not exist - and this is well known in Baku. As for Ankara, which sought to become a member of the peacekeeping mechanism, to negotiate according to the "two plus two" (Armenia and Russia, one side, Azerbaijan and Turkey, with another), then nothing came of it. In our opinion, this happened largely due to the competent political maneuverability of the President of Azerbaijan Ilham Aliyev.

He used the Turkish political and military resources to his advantage to solve the main problem: return under control of the lost areas in Karabakh. When did the question of the expulsion of Armenians from Karabakh come up in general?, he stopped before the "red line", starting a dialogue with Moscow on a peace agreement, adopting its position on the introduction of a Russian peacekeeping contingent into the part of Nagorno-Karabakh that remained under Armenian control, neutralizing largely Turkish military influence in the region. Such a maneuver in Ankara, of course, noticed. In this regard, Turkish parliamentary deputy Ozturk Yilmaz said, that the “peaceful trilateral agreement to end the war in Karabakh contains points, talking about the victory of Azerbaijan, but not received that, what was originally expected in Baku and Ankara ". The paradox is, Turkey, which still considers itself the patron of Azerbaijan and openly sided with Baku during the conflict, may in the future be under the auspices of Azerbaijan, which is objectively the center of global Turkism. by the way, bolsheviks, implemented in the early 1920s the project of creating a Turkic Soviet confederative republic with the participation of Kemalist Turkey and Azerbaijan, exactly Baku, and not Ankara was considered the "center of Turan".

This is why many Turkish experts, reveling first, that the union "two states and one victory" began to work, and the, that “Turkey intended to build a bridge in Karabakh, connecting Baku with Central Asia ", suddenly, as the Turkish edition of Hürriyet writes, "Discover, that Russia and Azerbaijan intend to cross this bridge and, perhaps, not so much to Central Asia, how much to Turkey itself ". Putin-Aliyev-Erdogan in a complex diplomatic intrigue, believes the expert of the German Society for Foreign Policy (DGAP) Andras Rush, in the decisive phase, the game was played by Putin and Aliyev. From the very beginning of the Armenian-Azerbaijani Nagorno-Karabakh conflict, Russia took a neutral position, which is also the result of the diplomatic efforts of Moscow and Baku. According to Rush, Putin's success has several parts.

first: Russia, sending peacekeeping forces to the Nagorno-Karabakh part of the territory of Azerbaijan, receives a permanent military presence in the region, transferring under its control the part of Nagorno-Karabakh that remained outside the control of Baku. second: armistice clause, which provides for the creation of a corridor between the western regions of Azerbaijan and Nakhichevan, suggests, that he will be controlled by the border service of the FSB of Russia, which strengthens the influence of Moscow in Azerbaijan, and in Turkey. And further. Many Western experts drew attention to the speed of implementation of the peace agreement: it was published on the night of 10 November, and the very next morning Russia began redeploying troops to Nagorno-Karabakh. That is why they are now talking about the emerging Azerbaijani-Russian alliance, though, that Moscow and Baku, in different ways and at different levels, continue to cooperate with Turkey on the basis of common, but tactical interests. As for Armenia, then Prime Minister Nikol Pashinyan could not fit into this game due to the implementation of his provincial policy of the so-called "Armenian-centricity".

Finally, the fact is the change in the geopolitical picture of the region. Georgian President Salome Zurabashvili "unexpectedly" declared her support for the agreement to end the war in Karabakh and stressed, that "a new era is coming in the Caucasus". In turn, the special representative of the Prime Minister of Georgia for relations with Russia Zurab Abashidze said, that "at the request of Azerbaijan and Armenia, the country's airspace will be used for a certain period of time for the transfer of Russian troops to Nagorno-Karabakh". But "a certain period" can drag on for a long time. In the meantime, Russian peacekeepers arrive and deploy to Nagorno-Karabakh. This is how a new chapter in the history of Transcaucasia begins to be written., who still has to get out of a complex geopolitical crisis. But it has already happened, and we know, how it all ended. 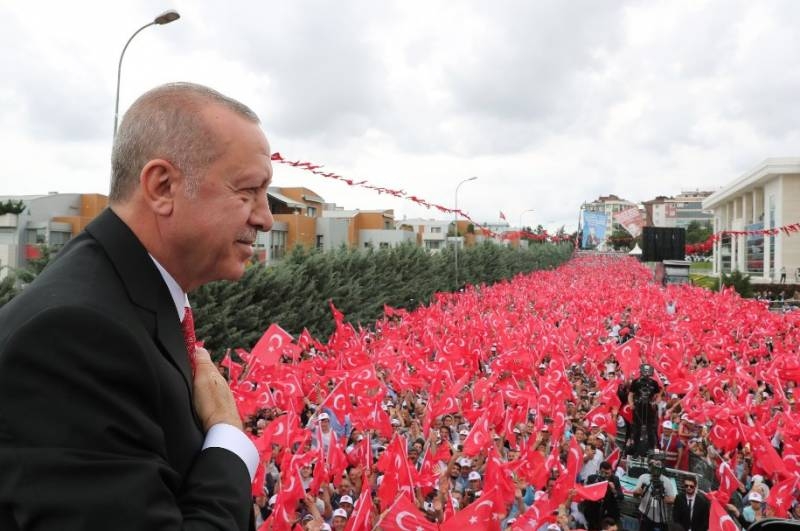