“Kola superdeep”: why is the fantastic horror about the Soviet “well from hell” worth your attention 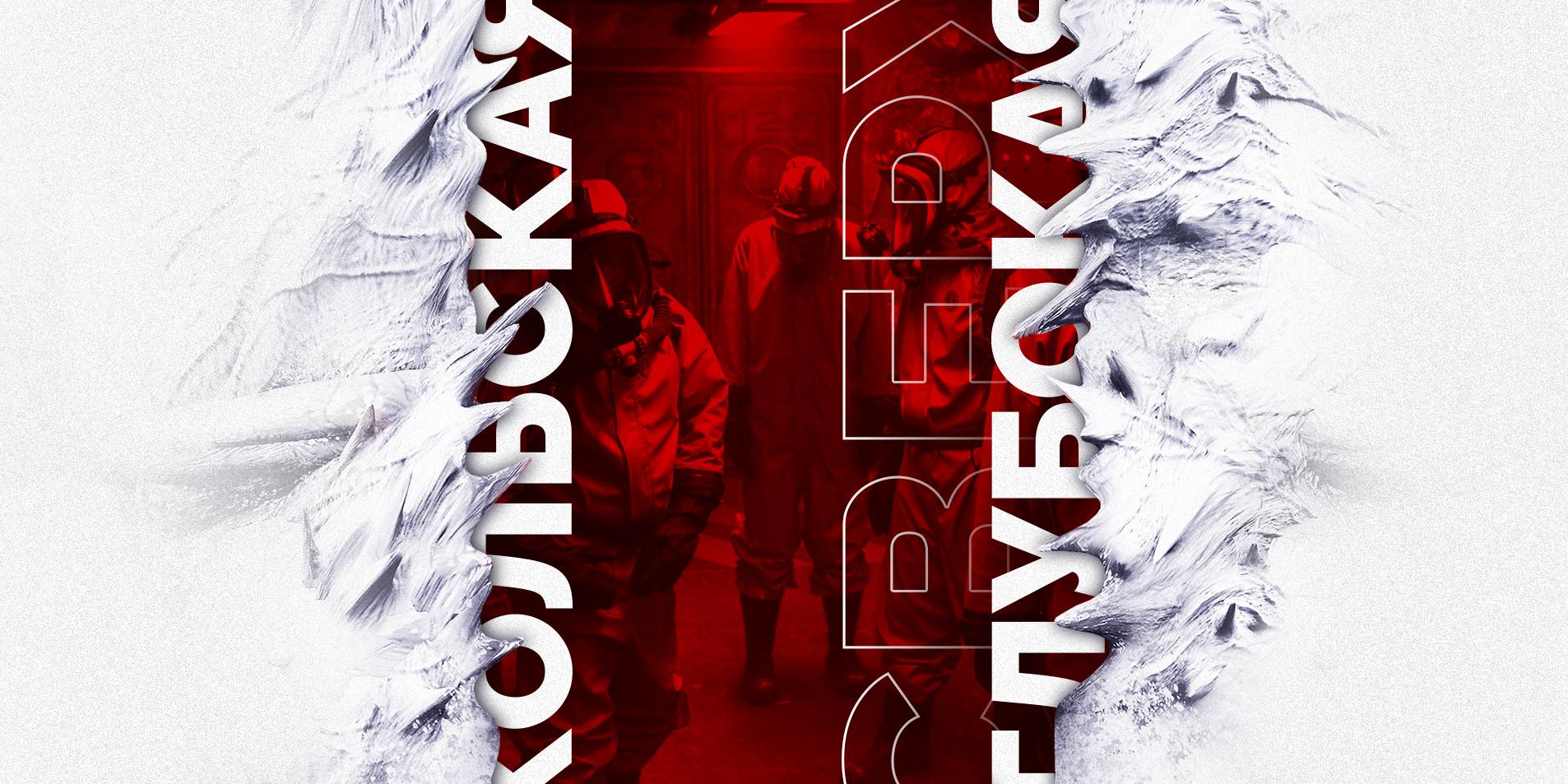 5 November will be released “Kola superdeep” - fantastic horror of domestic production, which was shot by debutant Arseny Syukhin. Starring - Serbian actress Milena Radulovic, Nikita Duvbanov, Kirill Kovbas and others. World premiere of the film at the prestigious Sitges Genre Film Festival (Spain). Ivan Afanasyev attended the Moscow premiere of the film and encourages every viewer, not indifferent to the genre of fantasy and horror, pay attention to the new rental.

Production “Kola” was started back in 2017 year, when the film was presented at the pitching of the Cinema Foundation. Then the director was Roman Karimov (“Inadequate people”), and one of the producers is his closest colleague Sergey Torchilin (he stayed), also responsible for many of Roman's paintings from “Take a walk, Vasya!” to the sequel “Inadequate people”. For unknown reasons, a little later, Arseny Syukhin replaced Karimov in the director's chair.. His short “Transition”, filmed for 10 thousand, microscopic amount by the standards of production, turned out to be so impressive (here she is), that the debutant was risked to be involved in work on such a serious project. for comparison: at the same “Balkan border” budget in 230 million rubles, from a close friend “Satellite” (also, by the way, fantastic horror, filmed by debutant) — 190 millions, amount of “Kola” — 125 millions (FC singled out 50 on irrevocable and 25 on a returnable basis). Great responsibility, but it turned out well: the budget in the film is visible to the naked eye.

What is the Kola Superdeep? Huge borehole in the Murmansk region, which was launched in 1970 year, intermittently paved the way to the center of the earth and drilled to 12 262 meters - no one has ever made their way deeper into the earth. AT 1994 the year Kola was closed due to accidents, and before that, overgrown with a number of urban legends. Most popular about “well from hell” reads, that in the 80s scientists recorded a set of sounds, coming from the depths and similar to human cries, and then some creepy demon came out of there, which the military crumbled into dust. properly, the film offers us a free interpretation of this story: young epidemiologist Anna is tasked with going to the well as part of a military delegation. On the lower floors, where the staff of the complex lives, some terrible disease with viruses has spread, samples of which need to be collected for study. They don't want to accept refusal, as compensation, they promise to give up a whole research institute to be torn apart to study the collected material. Generally, it is there that the misadventures of Anna and the team of soldiers begin: the stationmaster runs off somewhere with the key, without which the elevator will not start to the surface, the well will begin in five hours, and a woman from the staff enters the uninfected compartment, whose back is covered with strange growths, unkindly pulsing in the cold light of the medblock.

To avoid spoilers (which people often fear more, than disappointment in the quality of the film itself) I will try to limit myself to this and not disclose the plot. But, overall, ideological guidelines are clear to any fan of the genre: Firstly, of course, John Carpenter and his paranoid body horror “Something”, claustrophobic cosmotriller “Alien” (even the main character will be slightly undressed closer to the finale, like Ellen Ripley) and mediocre, but very close in mood and idea “Virus” 1998 of the year about creepy alien muck. A plus, of course, references from two franchises from the world of video games: the interiors of the laboratories are very reminiscent of the zombie blockbuster Resident Evil, and design, ahem, everything else (said the same, that without spoilers!) - the cosmic horror of the Dead Space series. If you wish, you can say, that the film does not have its own face, but the style “Soviet sai-fay” he hardly uses (suffered from the same problem “Satellite”): song “Apples in the snow” at the beginning, “Soviet champagne” on the table and information boards with a characteristic font are not considered. Take them away, and even replace the uniform of the military with an AK-74 in their hands with something else - and the identification of the era will disappear altogether. Honestly, it doesn't bother me at all: how many Soviet laboratories have you seen, so that they do not look like cranberry-jelly locations from American films about “evil USSR”? Genre cinema for that and genre, what should, Firstly, gut, action. “Kola superdeep” not just catchy, but puts the viewer on the butcher's hook and does not let go until the end.

Surprisingly, the director manages not only to skillfully shift all popular cliches from science fiction films about a terrible virus in closed rooms in his own way, but also add fresh notes, to make a familiar plot sound in a new way. In the confrontation of the deadly disease and its products with the members of the expedition, the classic “shovel” in the face of the evil GRU colonel (severe Nikolay Kovbas, whose son, by the way, plays one of the scientists). He is ready to bury everyone and everything underground for the sake of cherished samples for creating biological weapons. It's not that we have seen few films about conventional “evil gebnya”, but the writers even manage to fit this hackneyed detail of the plot organically - the movie ends up being about monsters, but not those, what gives rise to a scary, terrifying virus, and those, whom he just doesn't strike. For some, this may even seem like a disadvantage.: there are not so many supernatural entities directly in the film. Monsters appear closer to the end, and show them very dosed, for a long time escalating the situation with agonizing anticipation, screams from the darkness of ominous corridors and rooms, overgrown with unkindly gurgling mold. 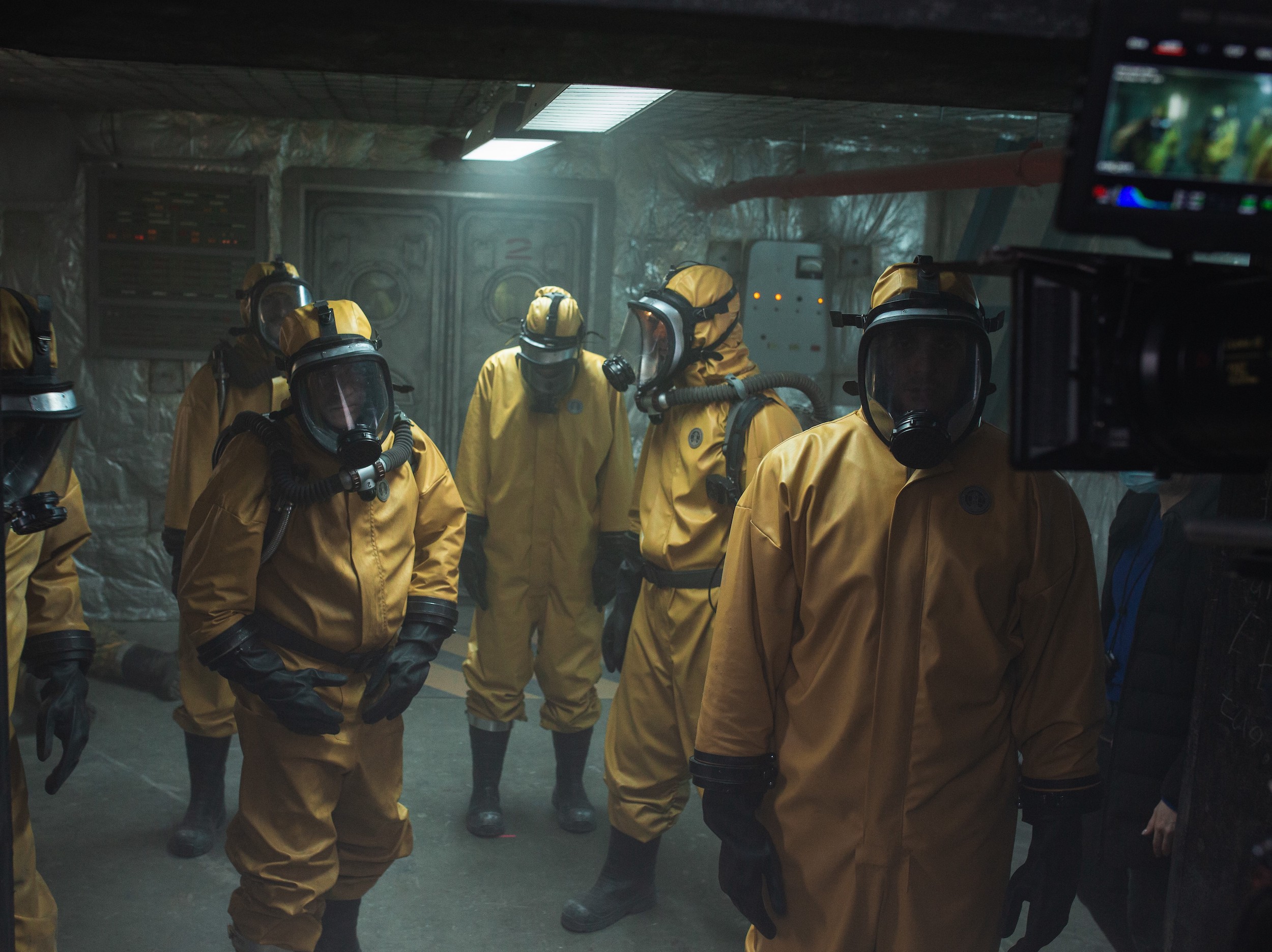 Shots from filming | A photo: “Around TV”

Here I need to say a few words about, how is it all done technically. In short: the level of performance is surprisingly excellent. And it's not just graphics, which for a clearly non-giant budget (when swinging to the western level) looks more than decent. To animate the same mold, eg, the creators were not too lazy to create special doll devices, imitating the pulsation of vile organic growth. It's all sounded as well: “Kola superdeep” must be watched exclusively in the cinema, otherwise you will miss out on half the claustrophobic atmosphere of the film, created by all sorts of clicks, tapping, dripping and crunching. I especially want to mention the music: instead of traditional for Russian cinema “sad piano with violins” the result is a dark symphonic ambient with synth interruptions, reminiscent of the disturbing melodies of Icelandic composer Johann Johannsson (“Assassin”, “Mandy”). When somewhere in the distance this hellish soundtrack begins to rumble, gradually heating up to the mournfully aggressive rolls of electrified percussion, it becomes very uncomfortable. Best Compliment to Underground Fantasy Horror, I think. 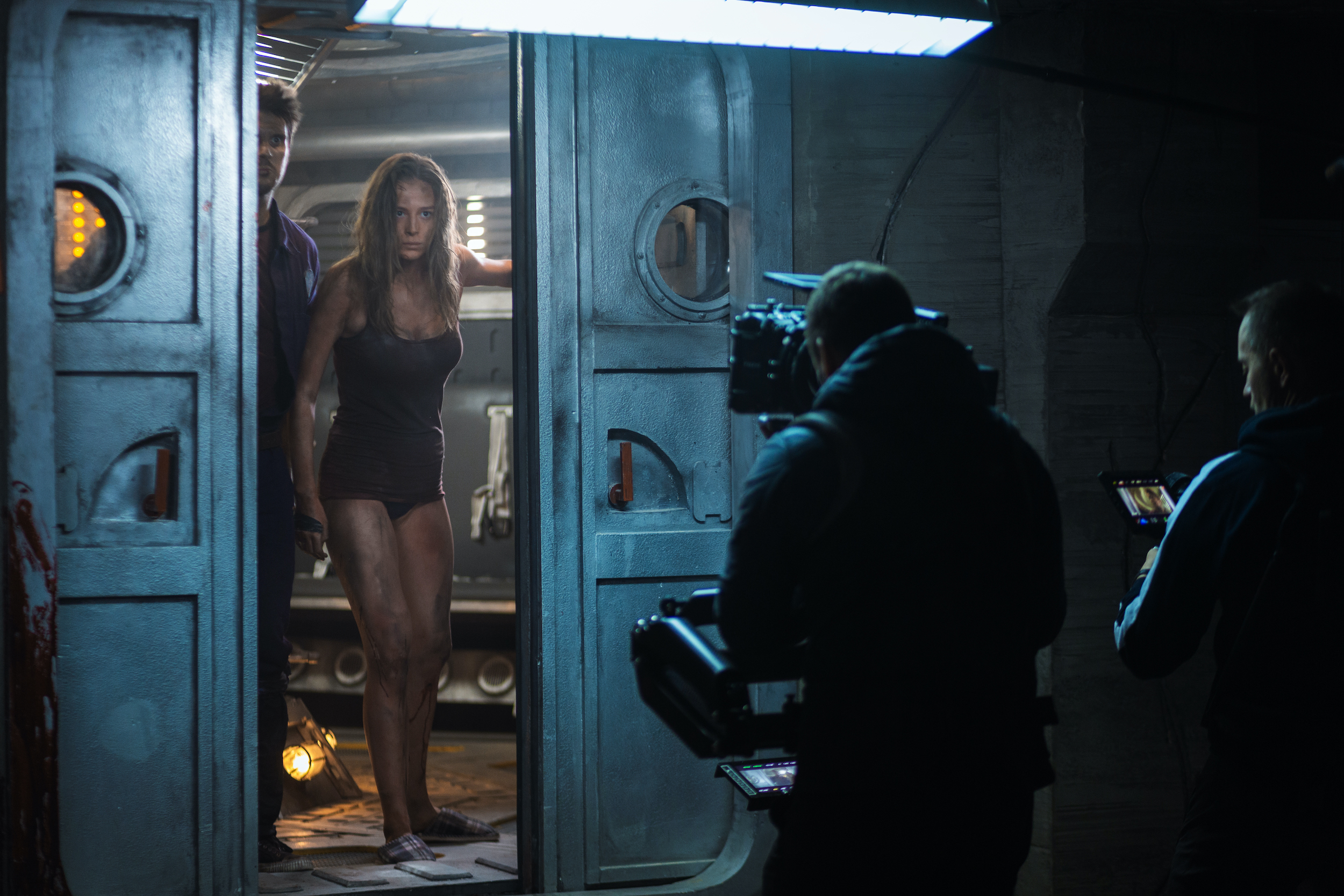 Milena Radulovich on set “Kola” | A photo: “Around TV”

But, of course, there are those, who wants to film and scold. Firstly, for dramaturgy and editing. I will not bother with the second in detail, because it is extremely boring for the ordinary, unwilling to delve into the technical features of the viewer. I will only say, that some stitches look very strange, and you will feel it: like the scene should go on, but they abruptly cut her off and throw us into another fragment of the plot. But the script suffers from the standard problems of such films., and, what a shame, passed more than once. In the era of coronavirus, when it's scary to leave the house without a mask, look at scientists, walking around an infected room without a chemical protection suit, at least very strange. For some reason, the theme of the main character's feelings of guilt was written out (which, despite a clear Baltic accent, for some reason her name is Anna Fedorova) for professional failure in the past. true, this guilt disappears somewhere closer to the middle. Well, of course, not to the village to the place attached to the romantic line between Anna and the officer - where without her, check the box. Well, at least they don't offer to treat the infection with underground borscht. In short, digging into the film is not difficult, you just want to. Simultaneously praising “Prometheus”, “Stranger”, “Raised by wolves” Ridley Scott and many other films, in which for some reason it is customary not to notice all these errors or to blame them on “get it first”. 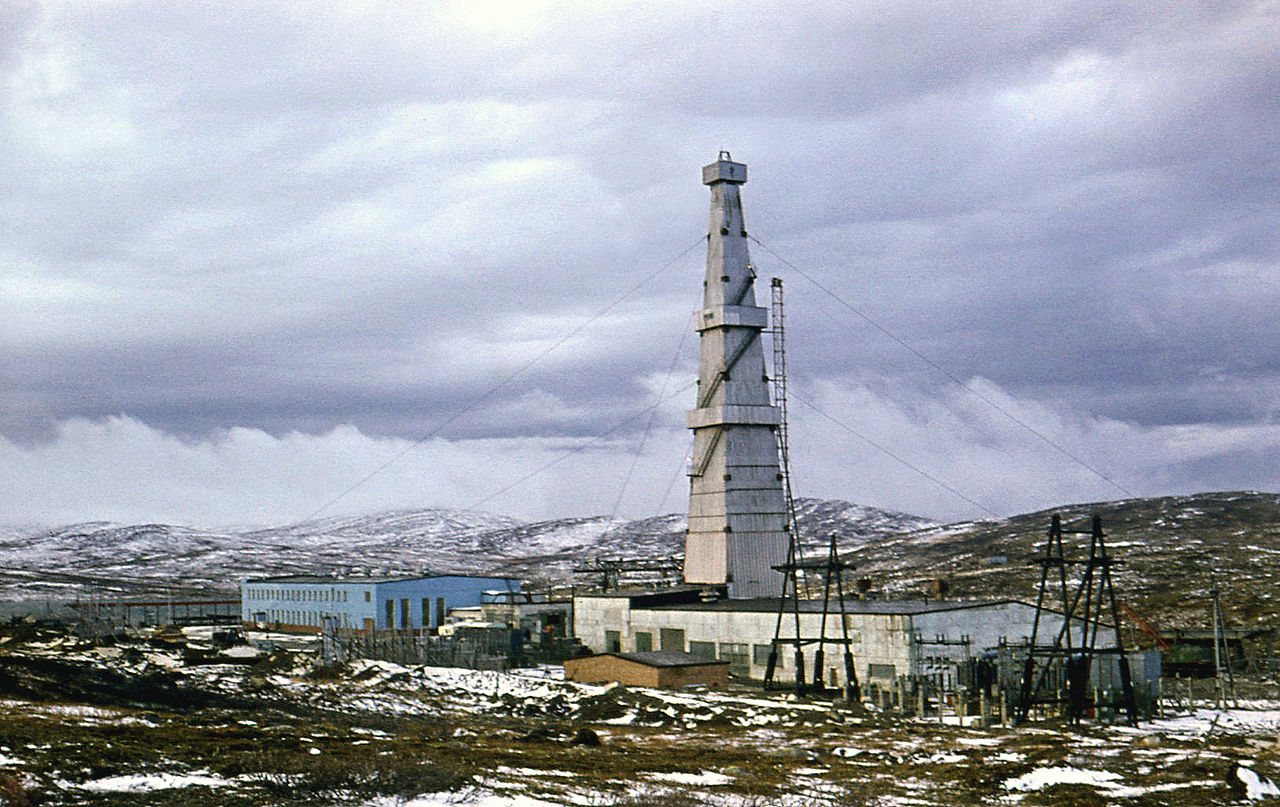 Yes there, you can even say, that the movie is implausible. breakwater, descent into the mine was generally impossible, Have you invented some kind of elevator?. This time I would suggest not to find fault with another attempt by Russian filmmakers to please the picky Russian audience, but go and have fun, supporting domestic genre cinema. Which, obviously, trying very hard. In the 2000s, when on the wave of success “Night Watch” people were infected by the idea “make the perfect Russian blockbuster” and cinemas were flooded with the same type of badly made carbon copy “under the west”, there was a completely inadequate film “Paragraph 78” (and in two parts!). There was also a closed laboratory far from civilization., a terrible virus and brutal special forces, who came to burn with fire. All this looked, so to speak, worse, than Indian remakes of American films, and there is hardly anything worse than that. Syukhin's film is not like that: it is done diligently, with love and knowledge. If suddenly you for some reason or, rather, for some reason still live with the sensation, that after a decade and a half in the domestic cinema everything is still bad, this picture is intended to dissuade. If anyone is destined to break through, then just not “Kola superdeep”.

Why “Hypnosis” Todorovsky did not affect the viewer.

15 the brightest films of the Moscow International Film Festival, which you should pay attention to.

What's wrong with the movie “Streltsov” with Alexander Petrov.

Why the series “The third day” starring Jude Law Can Drive You Crazy.

How the new film version of the Chinese legend of Mulan looks in 2020 year.