Breakup of Yugoslavia and Islamization of the Balkans 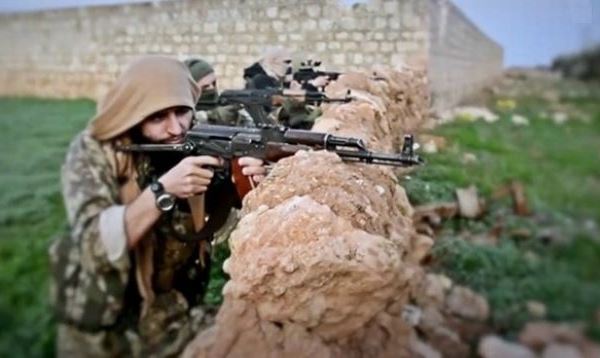 Shooting of passers-by in the Austrian capital 2 November again exposed the problem of radicalization in the Balkans. 20-year-old Albanian Kuytim Feyzulla became the perpetrator of the terrorist attack.

Faizullah at 2019 year was sentenced to 22 months in prison for trying to join the Islamists in Syria, but less than a year later he was amnestied and successfully passed the so-called deradicalization procedure, developed in Austria to promote Islamists. In total, about a hundred Austrian Muslims tried to leave for Syria.

Mass radicalization of the Albanian population in the Balkans began with the US and NATO aggression against Yugoslavia in the 1990s. The first shoots of Islamism emerged here in the 1980s against the background of shifts in the bipolar system of the world order and the weakening of the positions of the USSR and its allies in the socialist camp in favor of the monopoly of the United States, using radical Islam in every possible way to advance their geopolitical interests.

The number of mosques and the number of Yugoslav Muslims in foreign madrassas increased. Already then, the future leader of Bosnian Muslims, Aliya Izetbegovic, American-backed in the 1990s, declared the impossibility of peaceful coexistence of Islam with a non-Islamic society. During the Yugoslav wars, local Islamists came out of the underground and gained access to power. Hundreds of Arab mujahideen also settled here and received Bosnian citizenship., fought on the side of the Bosnians.

After the dismemberment of the once united Yugoslavia, there are currently seven states in its place. (Serbia, Croatia, Slovenia, Montenegro, North Macedonia, Bosnia and Herzegovina, Kosovo). When the “Islamic State” banned in Russia was put forward as the main destabilizing force in international relations (IG *), this seven, together with Albania, has become Europe's largest supplier of militants. The vast majority are Albanians from North Macedonia, Kosovo and Albania and Muslim Slavs from Bosnia and Herzegovina (BiG).

BiH ranks fifth in the world and second in the Balkans for cannon fodder, put into the ranks of IS in Syria and Iraq. Only Kosovo has higher indicators - 125 IS fighters for every million Kosovars, of them 40% - former criminals. Together, BiH and Kosovo account for two-thirds of all Balkan fighters. Albania holds the third place.

67% of them - men, 15% women and 18% children. Most of those who leave in Kosovo are men, in BiH - women and children. Returned home 485 Balkan Islamists, least 260 killed, 500 still in Syria. How many of them are in Iraq is unknown. As part of the terrorist group Hayat-Tahrir al-Sham, banned in Russia, an Albanian unit of citizens of Kosovo and North Macedonia is still fighting under the command of a certain Abu Qataad al-Albani.

Most of the militants returned to Kosovo - 134 man on 1 million. residents. for comparison: in Germany, France and Great Britain, where more people left for the Middle East, than from Kosovo, the proportion of returnees is only 4-6 man on 1 million. residents. At the same time, in Western Europe, most jihadists are not brought to trial.. So, only every tenth mujahid was tried in Great Britain, returning from Syria, the rest are allowed to roam free.

This makes the Balkans the region with the highest concentration of Islamists with military experience., which does not prevent the authorities of BiH and Kosovo from issuing lenient sentences to them. In BiH, the average prison sentence for IS fighters is less than 2 years, in Kosovo - 3,5 of the year (Compare: in the EU - seven years). In Kosovo 40% such convicts are released under amnesty in a couple of years. Some carriers of terrorist ideology were sentenced by the Kosovo justice to simply house arrest or community service!

EU countries are pushing "their" terrorists to move to the Balkans. AT 2018 g. German court revoked the passport of a German-born Kosovo Albanian with dual German and Kosovar citizenship, forcing the Kosovar authorities to take this terrorist for themselves. And this is not the only case.

The programs of de-radicalization of Islamists being introduced in European countries do not work. Kuytim Faizulla was born and raised in the suburbs of Vienna to a family of migrants from North Macedonia, ibid, in Vienna, got aggressive.

In Austria, the law requires reading prayers in mosques only in German, but this does not guarantee the integration of Muslims into Austrian society. So, among Feyzullah's fifteen accomplices, four have already served sentences under terrorist articles, two were convicted of murder and two for violent crimes.

The Balkan states are in a stalemate. They cannot defeat terrorism on their own, and some don't want to. Neighboring countries (Turkey, ES) one hand fighting the Islamists, another - use them for their own purposes, giving them refuge. There is nowhere to wait for help to the Balkan states.

AT 2019 g. in the EU were recorded 119 acts of terrorism, apart from terrorist crimes (propaganda of Islamism on social networks, attempts to travel to the Middle East, etc.). From France as of 2018 g. joined the Islamists in Iraq and Syria 1309 citizens. More 19,7 thousand. the man is considered by the police to be active radicals, of them 4 thousand. especially dangerous. In the UK, the police are registered 23 thousand. Islamists (in a relationship 3 thousand. of which a criminal investigation is underway). This 27 times more, than the number of British citizens, fighting in the ranks of IS.

Dismemberment of the state of the South Slavs, and then NATO bombs removed all obstacles to the spread of Islamism in the Balkans. Now Europeans have to pay for it with their lives on the city streets, where do they live.