A new blow for the ruble 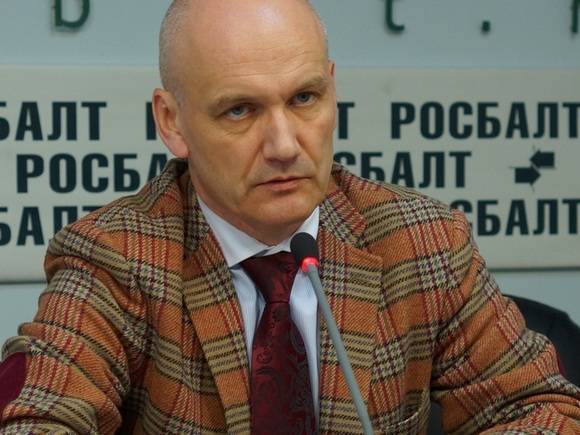 The story of the US elections is not over yet, but the heads of European countries are already congratulating Joe Biden on his victory. Why do Russians care, who will be the new president of America, told the director of the Institute for Strategic Analysis Igor Nikolaev.

- How the results of the US elections will affect the ruble exchange rate?

- They will affect through decisions, which the new president will host. Apparently - Biden. He stands for green energy, for the Paris climate agreements. It means, that the USA can add to the list of countries, which will move away from carbon energy. it, in its turn, means a decrease in demand for oil and oil products and leads to a further drop in prices for them. Biden's strategic line is, understandable, what impact will it have on the ruble. Naturally, we will not see the result overnight. As, how these solutions will be implemented, pressure on the ruble from this side will increase. But not only with this.

Biden's stance on anti-Russian sanctions was tougher, than Trump's position. And already there, where to tighten them. Beyond rhetoric, he can actually implement some measures, which will be unfavorable for the ruble. In my opinion, the most important of them are measures from the so-called second package of chemical sanctions, associated with the Skripals case. One of the measures - sanctions on the Russian national debt - will be very sensitive for Russia.

In fact, the sanctions have already been adopted. But Trump didn't implement them., although I should have. American law states, that the president should do it, but the term is not specified. As a result, the sanctions were suspended. Biden can realize this threat. Sanctions on Russian government debt, that is, a ban on the purchase of Russian bonds for American investors, will have a strong downward effect on the ruble.

Here are two possible factors, which in the future will affect the ruble: the first - gradually and in a fairly long time, the second is quite sharp, as soon as the appropriate decision is made. And the likelihood, that these measures will be implemented, under Biden more, than under Trump.

- What in this case can be the course?

- Now we have identified new guidelines: euro - 100 rubles, dollars - 85 rubles. The ruble is already in a downtrend, regardless of those threats, which the Biden presidency can carry for Russia. Oil prices have not recovered, demand has not recovered, the second wave of the pandemic covered in full, so, global demand for carbon fuels will deteriorate further. So that, besides Biden, there are other factors, which form a downward trajectory.

- It turns out, the ruble will fall under any US president?

- Yes, presidents can change, but the certainty of the ruble does not depend on them, and she is not very positive. But one thing, if the ruble grew, strengthened. Then it would be easier to survive the sanctions strike. But when it falls, and he also got such a kick from behind, it will roll even faster. And the prospects of that, that the trajectory of the ruble will change, not seen in the near future.

- But the latest reports say about the strengthening of the ruble against the dollar and euro. This strengthening will not last long?

- The ruble is not falling linearly, there are rebounds. But it does not change anything. Correction occurs. Two steps down, step up. There are many speculators in this market, they earn on the movement of the course. But in general, the trajectory does not change, and it is not worth overestimating such temporary periods of the ruble strengthening.

- That is, such fluctuations in the foreign exchange market are of interest only to investors, everyone else needs to know the trajectory, and today it is a fall?

- We have repeatedly heard from officials, that Russians receive their salaries in rubles and that fluctuations in the exchange rate do not matter to them. It is categorically impossible to agree with such a statement.. People already understand, that food prices also depend on the ruble exchange rate, and in general inflation. But such short-term fluctuations in direction do not change, and in general the ruble is weakening.

- Yes, this and sociologists have long noted. During the 2008-2009 crisis, Russians were asked, what do they associate the crisis with. For most, this sign was the fall of the ruble. for example, at 2009 year the economy fell throughout the year, but when the fall of the ruble stopped in February, people answered, that the crisis is over.

- You said, that prices, among other things, depend on the course ...

- It is important to consider here, that prices are influenced not only by the exchange rate. We now see, that the ruble has dropped quite strongly since the beginning, and prices rose within the bounds of decency - 4% in annual terms. Therefore, there is no linear relationship. She hides, commits to those, that prices are influenced by other factors, which do not allow them to grow in this case. This is primarily low consumer demand. Here are the prices and grow to a lesser extent, than you could with such a course. Sellers contain price increases, because people have no money, they don't buy much anyway. And, This focus will continue to work as with Russian goods, so with imported.