US warship "Detroit" lost its course on the high seas 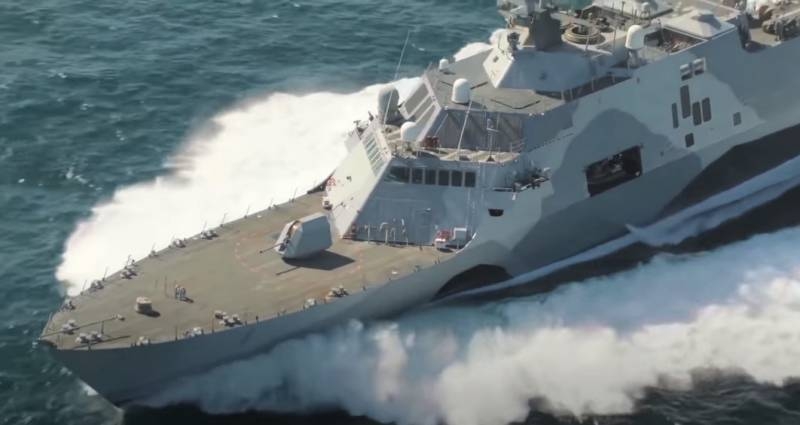 American littoral warship USS Detroit (LCS-7) was towed to Florida port after, how he lost the move, when he was heading to the place of registration.

As reported by USNI News, The Freedom-class LCS went to its home port at the Mayport naval base., when was immobilized.

USS "Detroit" (LCS-7) suffered from an engineering accident. After a thorough technical assessment, it was determined, that repairs need to be carried out at the port – Captain Ashley Hokitsko said.

During the transition of the ship, it lost electricity. The ship was towed by the Gary Chue to the nearby port of Canaveral due to worsening weather.

Detroit spotted by observers, driven to port by tugboat early Friday morning. Florida's East Coast is on the way “leftovers” hurricane, that, As expected, will cause strong winds in the area.

USS Detroit and USS Gabrielle Giffords (LCS-10) were to take part in the UNITAS exercise off the coast of Ecuador in the Pacific Ocean. However, the ship was immediately recalled after the breakdown..

At the end of last month, "Detroit" was already faced with the inoperability of its combined power plant, which connects engines with a gas turbine drive.