"Russian destroyer next to our military base for a week already": British press about the campaign of the submarine "Severomorsk" 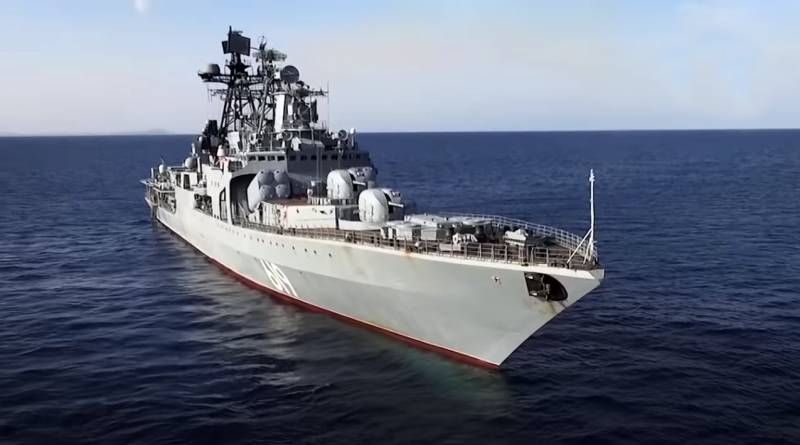 Russian warship has been off the British coast for a long time, however, it does not violate international law, which gives him the opportunity to be freely in the waters near the Kingdom.

With such a message was published by the UK Defense Journal., illuminating the campaign of a large anti-submarine ship assigned to the Northern Fleet (BOD):

At the same time, the publication is in a hurry to reassure its audience.:

Readers need to understand, that the ship is in international waters and is not doing anything illegal or inappropriate.
indicated, that in Scottish waters, in addition to two frigates of the Royal Navy, there are submarines, "Whose actions are not commented on".

Do not doubt, that the Russian ship is being watched around the clock, seven days a week – a military source told the publication.

As noted by the UK Defense Journal, Most naval forces (including the Royal Navy) send their ships on similar missions [to foreign shores]».

news Two militants detained, who participated in the invasion of Basayev and Khattab into Dagestan in 1999 year

news Pentagon: We have significantly reduced cooperation with Russia after, what did she do in Ukraine