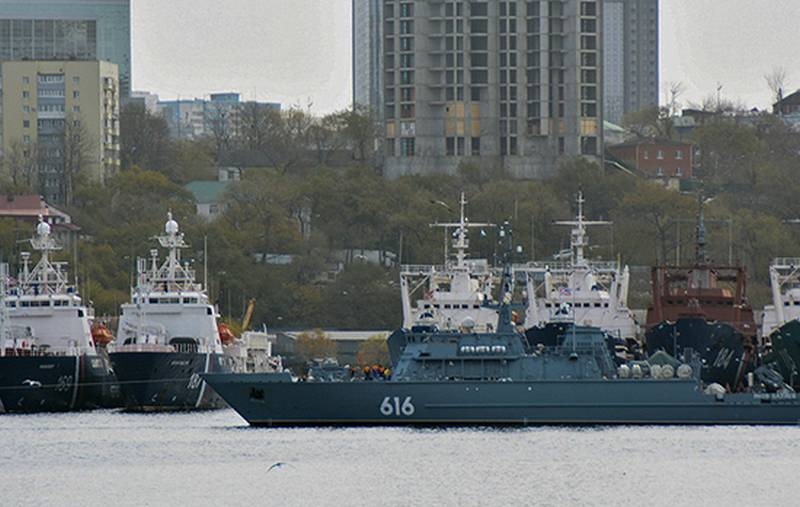 The newest mine-sweeping ship “Yakov Bala” project 12700, arrived in Vladivostok for passing tests, began preparations for entering the factory sea trials. According to the press service of the Pacific Fleet, the stage of mooring tests is successfully completed.

Passed by the Northern Sea Route and arrived in Vladivostok 22 October of this year, the minesweeper is currently at the pier of the outfitting base of the Amur Shipyard in the Golden Horn Bay. The crew and the delivery team are on board, leading preparations for going to sea for factory sea trials.

The timing of the end of the tests has not yet been reported, but according to the plans of the Navy, the minesweeper should become part of the Pacific Fleet by the end of the year.

Offshore trawler “Yakov Bala” – fourth serial (fifth in a row) ship, which was laid on the stocks of the plant, however, due to a fire on the first serial minesweeper “George Kurbatov”, “Yakov Bala” became the fourth mine defense ship in the project line 12700 “Alexandrite”. laid 26 December 2017 of the year, launched 29 January 2020 of the year. Named after the Hero of the Soviet Union, sailor, gunner of a light machine gun of the 355th separate battalion of the marines of the Pacific Fleet Yakov Illarionovich Balyaev.