Educational materials
Equipment
weaponry
New on site
Analytics Not yet war. No longer the world
Analytics Military calls of adviser Zelensky
Analytics What Russia has lost from the termination of cooperation with the NATO mission?
news The network is discussing the directive of the US command to follow vehicles in columns in a "checkerboard pattern"
news Murmur in Ukraine: British Navy changed its mind about decommissioning patrol ships 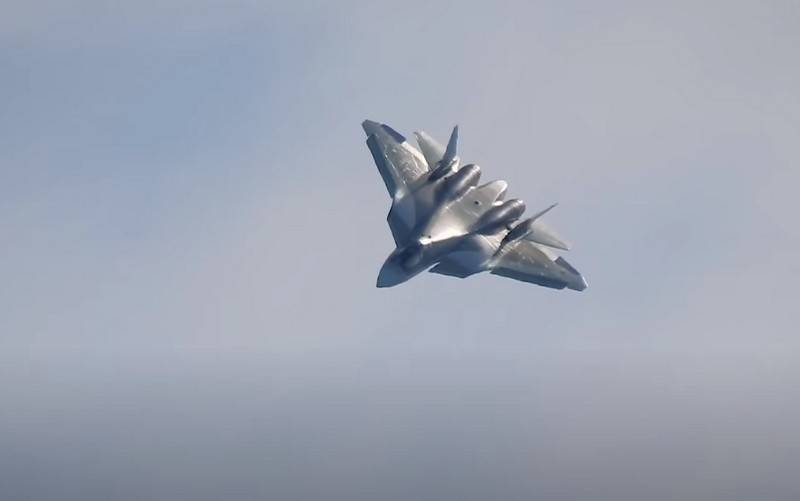 The second production Su-57 fighter made its first flight over Komsomolsk-on-Amur. As reported by local social networks, “second first su-57” first took to the skies and landed successfully.

according to the report, the first flight of the serial Su-57 took place at the KnAAZ airfield (Komsomolsk-on-Amur aviation plant). Earlier, the aircraft plant promised, that the plane will take off before the end of October. The transfer of the fighter to the Ministry of Defense will take place before the end of the year.

In social networks, this Su-57 was called “second first serial”, since the first serial fighter of the fifth generation from an installation batch of two aircraft for the Russian Aerospace Forces crashed 24 December 2019 years during test flight. After this incident, all flights of the Su-57 were suspended..

Currently KnAAZ is fulfilling the contract 2019 year for the supply of the Russian Aerospace Forces of 76 Su-57 fighters to equip three aviation regiments. The start of deliveries of aircraft under this contract is provided for 2021 year, completion planned for 2027 year.

As previously reported, the first production fighters will go to the troops with the first stage engine, and the Su-57 equipped with a second stage engine is planned to 2025 of the year.