Educational materials
Equipment
weaponry
New on site
Analytics Britain is surprised: which country does Boris Johnson run.
news India strengthens anti-submarine aviation amid growing number of PLA naval submarines
news Day of the military signalman in Russia
news "PM is obsolete" - a media source explains the transition of the Ministry of Internal Affairs to the Lebedev pistol
Analytics Celebrate one must not grieve: Biden confused the world about Columbus Day 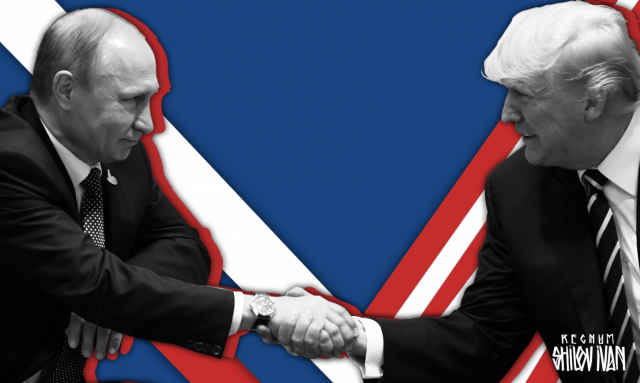 Today in Geneva, the Foreign Ministers of Armenia and Azerbaijan will meet with the OSCE Minsk Group to discuss reaching agreements and implementing measures to resolve the conflict in Nagorno-Karabakh. But first of all, of course, it will be a ceasefire on humanitarian grounds.

Three previous attempts to reach such an agreement were unsuccessful.. 10 October, with the mediation of Russia, the first ceasefire agreement was reached with the aim of exchanging prisoners of war and the bodies of the dead. It was soon broken. The same fate befell the second attempt of Russian diplomacy., taken a week later, 17 October. The third ceasefire was negotiated with U.S. mediation and was due to enter into force. 26 October. But here, too, the parties made mutual claims in violation of the agreement. At the same time, Baku and Yerevan not only accused each other of shelling positions on the demarcation line and non-compliance with the ceasefire., but also made statements, leaving no chance to advance diplomatic dialogue, although the Armenian side talked about the possibilities of implementing compromise options. At the same time, Prime Minister Nikol Pashinyan emphasized, that “Armenia is ready even for painful compromises, but not to the surrender of Artsakh (Nagorno-Karabakh - S.T.)».

New important points have appeared, which are pushing for negotiations, first of all, Baku. After the collapse of the Washington accords, US Secretary of State Mike Pompeo held telephone talks with Pashinyan and Azerbaijani President Ilham Aliyev. According to available information, Pompeo not only called on the leaders of the two countries to fulfill their commitments to end hostilities and find a diplomatic solution to the Nagorno-Karabakh conflict under the auspices of the Minsk Group co-chairs. He stressed the importance of full implementation of the ceasefire agreement, imprisoned in Moscow 10 October and confirmed in a Paris statement from 17 October, according to joint statement by US President Donald Trump, French President Emmanuel Macron and Russian President Vladimir Putin from 1 October. Secretary of State made it clear, that in case of refusal of the conflicting parties from the indicated proposals, further events may develop according to the Kosovo scenario.

Furthermore, even in case, if Donald Trump loses the presidential election, Baku does not shine the prospect of fulfilling its maximum program - transferring the entire Nagorno-Karabakh under its control. This is evidenced by the statement of US presidential candidate Joe Biden. If he wins, he promises “to involve directly the leaders of Armenia, Azerbaijan and Turkey in the process of immediate de-escalation and stopping the advance of Azerbaijani troops deep into the territory of Nagorno-Karabakh ", and “take the lead in diplomatic efforts to end hostilities with our European partners”. And in this case, Washington's "diplomatic leadership" in the settlement of the conflict somehow leads to the Kosovo scenario. This is exactly the alignment that Turkish President Recep Tayyip Erdogan tried to break, when in a telephone conversation with his Russian counterpart Vladimir Putin, as reported by Turkish media, "Proposed to solve the crisis in Karabakh together", that is, bypassing the OSCE Minsk Group.

“We held talks with Putin, discussed Karabakh in detail, - said Erdogan in his speech in parliament. - We said: let's finish it all in the Caucasus. Want to, we will take steps together, let's talk with the parties ". However, Putin, already according to the Kremlin press service, expressed concern not only about military actions in the zone of the Nagorno-Karabakh conflict, but also "the increasingly large-scale involvement of terrorists from the Middle East in clashes", which Erdogan did not dare to deny, pointing back, that Armenia allegedly uses "militants" from the Kurdistan Workers' Party at the front. As a result, the prospect of turning the Karabakh war into an operation against international terrorism with the corresponding political attitude of the world community to this loomed before Erdogan and Aliyev.. Plus, a strike by the Russian military against a stronghold of jihadist militias located in Idlib, supported by Ankara. Many American, Yes, and Turkish experts see a relationship between the events in Idlib and Nagorno-Karabakh, where Turkey provides comprehensive support to Azerbaijan.

As a result, Erdogan decided to take a break., see, that the USA and Russia act as sparring partners in the Karabakh direction. For Ankara, everything can turn out to be, that she will lose control of the military operation in Nagorno-Karabakh. Moreover, the Turkish-Azerbaijani blitzkrieg ultimately turns into endless bloodshed. In such conditions, the best option for Baku would be to return to negotiations and revive the basic principles for resolving the conflict.. what, properly, right now it is happening. In an interview with Iiterfax, Aliyev said literally the following: "You know, that negotiations between the foreign ministers of Azerbaijan and Armenia should be held in Geneva, and there we will see, how committed the Armenian side is to the basic principles. And after that we will give our own assessment of that, how relevant are they now or not, although during this month I have stated repeatedly, that Azerbaijan as a whole, there is, of course, certain points, which do not suit us, but in general we accepted them ".

From a formal point of view, Baku and Yerevan have considered the Madrid Principles for many years the basic basis of the negotiation process.. so, everything returns to its original pre-war position - the liberation of part of the regions and determination of the status of Nagorno-Karabakh. Aliyev, such a combination may suit, after all, the liberation of the regions can be qualified "as a military victory over Armenia in the Karabakh war", although this could be achieved through competent diplomacy and without war. Howbeit, it gives a chance, that the upcoming talks in Geneva between the Foreign Ministers of Azerbaijan and Armenia may at least lead to the real establishment of a ceasefire regime on the front line, what's the main thing now, with the subsequent transition to complex, but a peaceful political and diplomatic process, the contours and results of which we now do not undertake to predict.

And further. As always, knowledgeable senior fellow at the Atlantic Council, Former US Ambassador to Azerbaijan and former US Deputy Assistant Secretary of State for European and Eurasian Affairs Matthew Bryza said the following: “The current military phase of the Nagorno-Karabakh conflict should end within the next few weeks, and Azerbaijan has the potential to reclaim a significant portion of its seven regions, surrounding Nagorno-Karabakh. At this stage, Washington's most immediate concerns should be: (1) safety of ethnic Armenians, living in Nagorno-Karabakh; and (2) political negotiations on the future of Nagorno-Karabakh, including its legal status, the return of internally displaced Azerbaijanis and their peaceful coexistence (future) Azerbaijanis and (the current) residents of Armenia ".

However, at the same time, Bryza called on Washington to “take the lead in creating a multinational peacekeeping force under the auspices of the OSCE, but without the provision of troops from Russia, United States or France, who are the co-chairs of the Minsk Group. Will wait, what will come of all this and how the negotiations in Geneva will end.