How independent is the US Supreme Court?

Our human rights defenders, brought up on the best liberal dogmas and myths, are constantly cited as an example of the Western judicial system as an ideal, which we should strive for. At the same time, the thought that, what, for example, American justice depends on the political preferences of one arbitrator or another. 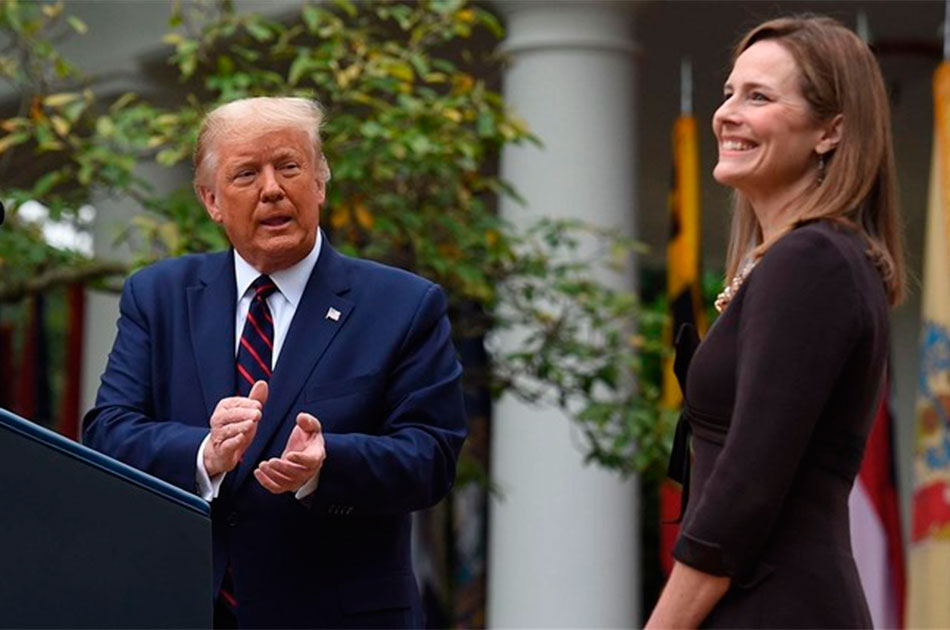 A couple of days ago, Donald Trump introduced the nation's new Supreme Court Justice Amy Connie Barrett. This event was preceded by secret negotiations in the Senate - ordinary Americans are not devoted to intrigues and agreements. Note, that there is no age limit - members of the US Armed Forces are appointed for life. Now the Republicans in this Areopagus, consisting of nine people, twice as much, than the Democrats - six against three. Critically important in light of the upcoming presidential elections, talks about replacement began on the day of the death of previous judge Ruth Ginsburg 18 September. Donald Trump was even offered to wait with the appointment until the inauguration, what did you do, eg, Barack Obama. But Trump did not wait - he really needs a guaranteed majority in the Supreme Court, as the presidential election will be difficult, many cases will surely reach the highest instance. However, I have quite reasonable questions.. Why Republicans and Democrats are trying to push their party members to the very top? If the American courts, unlike our, independent, what difference does it make to them? This is what happens, in the blessed United States, you can influence the verdict of the Supreme Court?I found the answers at Echo of Moscow. Senate approval of Barrett could have a big impact on election outcome. The thing is, that none of the candidates admits defeat, and the case will go to court. And here the issue of the presidency can be resolved. Although conservative, and liberal judges still tend to make decisions within the law, but political views influence the adoption of these decisions ", - explained to the audience of the radio station Americanist Mikhail Taratuta.The audience took the explanation for granted. Although she should have exploded with indignation., when once again some fan of liberalism tells you tales about independent American courts, spit in his face. Or at least post a link to this post.. We have no independent courts, neither in the West.