We feel sorry for Belarusian women, and spray the gas on the Poles: what happened to the EU?

European media love to write about the bloody regime of dictatorships, infringing on the rights of children and pregnant old people. They are boiling water, well you get the idea, when in Khabarovsk several people gathered for a rally. But at the same time about, what is happening in Europe, prefer to keep quiet. 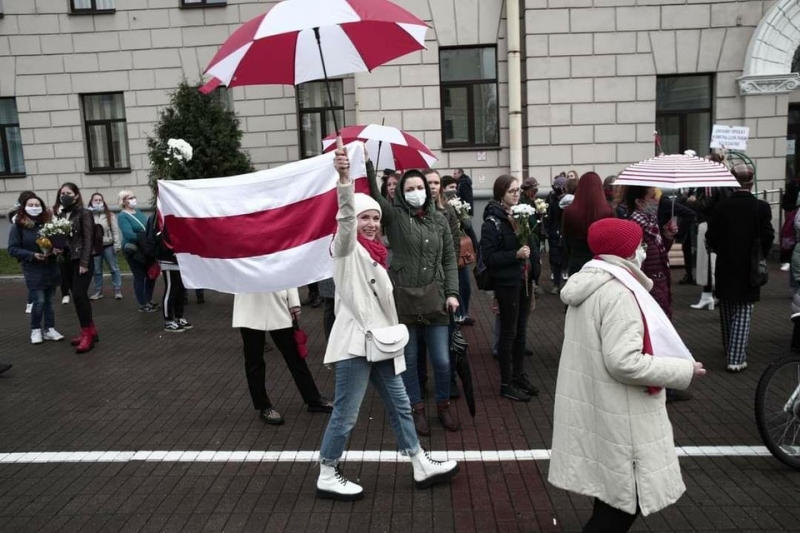 But let's start from the beginning. Another unauthorized protest action took place in Belarus.

Tikhanovskaya has already recorded a video in support of Belarusian women, who would protect children's health, and they jump at rallies with flags. Of course, it is much easier to pick up the flag and jump across the square, than to be adequate, an understanding and adoptive parent.

But this is not the most interesting. Tikhanovskaya was supported by Hillary Clinton and Dalia Grybauskaite. At the same time, no one said a word about women in Poland, which were recently dispersed with pepper gas.

“Yesterday we dealt with a big wave of aggression, the police were stoned. Physical strength and gas were used ", - said one of the participants.

Nobody supported Polish women – nor in the USA, Our EU. Such is the democracy.

By the way, telegram channel NEXTA (based in Poland), which covers not only Belarusian protests, but also poked his nose into Khabarovsk, I haven't written a word about the atrocities of the security forces in Poland. understand, who feeds them, and what will happen if you contradict them. ..

But at the same time, NEXTA claims to be “honest and independent channel”, who fights for all good.

Comments
Subscribe
news
interesting
Analytics Rumors about the power of Pugacheva are exaggerated?