Deepening union integration should go at all levels 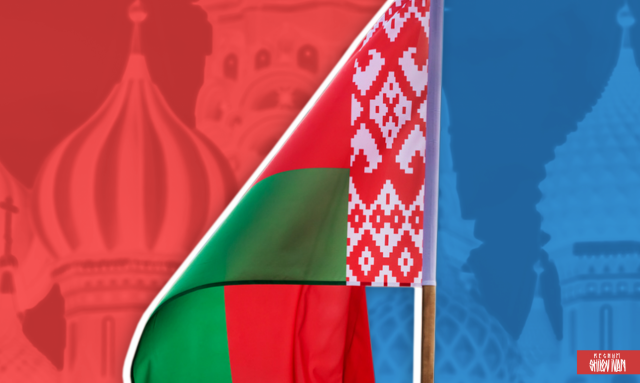 Recently, the Center for Social Conservative Policy (CSKP) together with the Eurasian Foresight Club Visio held a Russian-Belarusian expert round table on the most pressing issues of integration processes in the Eurasian space and public solidarity.

A number of experts and businessmen from two countries were invited to the event, who discussed the prospects and problems of economic integration not only of Russia and Belarus, but also in other post-Soviet countries.

Supported the idea of ​​the need for such events and the deepening of Belarusian-Russian integration and the head of the "Pharmdend" Ivan Logovoy:

“Today we met for, to work out solutions, how to respond to the political crisis in Belarus. Cutting off Belarus from Russia in terms of restricting entry and exit will be of great concern to us.

It is necessary to develop an integration agenda for Belarus and Russia, including within the EAEU. The basis for a social movement or a party must be developed not from the point of view of radical positions, but from the standpoint of constructivism and centrism. You need to be with the people, and not with the current government not supported by the people ".

More detailed both on economic issues of deepening integration, and the Chairman of the Republican Union of Industrialists and Entrepreneurs of Belarus spoke on topical political issues of the current agenda Alexander Shvets, who stressed, what exactly is the issues of economic relationship, issues of a verified economic strategy largely determine the level of economic stability and growth in the well-being of citizens.

According to him, society needs a new perspective on economic integration. Also in civil society there is a request for a new social contract, which can overcome the accumulated contradictions, establish the rules for fair joint development and work out its course.

Besides, he also spoke on some aspects of the ongoing acute political crisis in the republic:

He was also quite critical of the government's policy on Chinese loans.. In his view, loan rate in 7% - high enough. But the main problem is, that the budget will be calculated on them. That is, the risks are shifted to the entire population of the republic..

In his speech, he also noted, that the level of trust in government in the public sector has fallen sharply:

“A total crisis of confidence in the authorities and personally in the President of the country has formed. Can, there will be fewer protesters on the streets (due to weather, actions of security officials), but the number of dissent will not only not decrease, but will also increase. In maintaining power, who violated the social contract with the people, there is no point. The electoral legislation needs to be changed.

The task is to form a new political system. But you won't be able to solve it quickly either.. Analogies of Chubais's privatization in the transformation of the political field are unacceptable ".

On the issues of deepening union integration, Alexander Shvets also spoke quite harshly and soberly:

“Integration processes in Belarus do not have public coverage, are committed in secret from Belarusian business agents. Declared 31 roadmap for the formation of the Union State, we didn't see them. Good is needed for mutual consultations between business associations of Belarus and Russia. The very fact of launching parallel consultations will be a serious signal ".

undoubtedly, this is a correct remark. Discussion of roadmaps has been going on for over a year, but to the public - to experts, business, and to ordinary citizens - about their content, by and large, nothing is known. Respectively, we need to solve this problem too.

A common thread through the speeches of all present experts and businessmen from the Belarusian side was the thesis that, that the country needs to deepen the dialogue, which lead at all levels: authorities - with the people, governments - with business, parliament - with parties.

As emphasized in his speech Maxim Tarasevich, Director of the Center for Digital Transformation:

“What should we do next? We don't have a clear plan. the, where did we come, happened because, that we did not have a dialogue between society and the authorities, business with power. If we talk about the dialogue between the authorities and the people, perhaps, business could mediate. We can create a new system. People will believe in something new. There is no trust in the old system. It is necessary to register this new structure, form a plan ".

As we can see from the events in the republic, this is the right thought. Politically the crisis is nowhere, Unfortunately, does not go away. On the contrary - it deepens more and more. should not think, what if on the eve of the winter cold there are fewer protesters, then the crisis will resolve by itself. Takes 3−4 of the month, and spring will come. And people will take to the streets again, only more organized and motivated.

therefore, as the players say, the ball is now on the side of the president and the government. It is they who must formulate the basic conditions for the creation of negotiation platforms in the republic and attract business representatives, the public, in order to solve those issues with the whole "world", which have become a serious obstacle to the progressive socio-economic and social-political development of the republic.