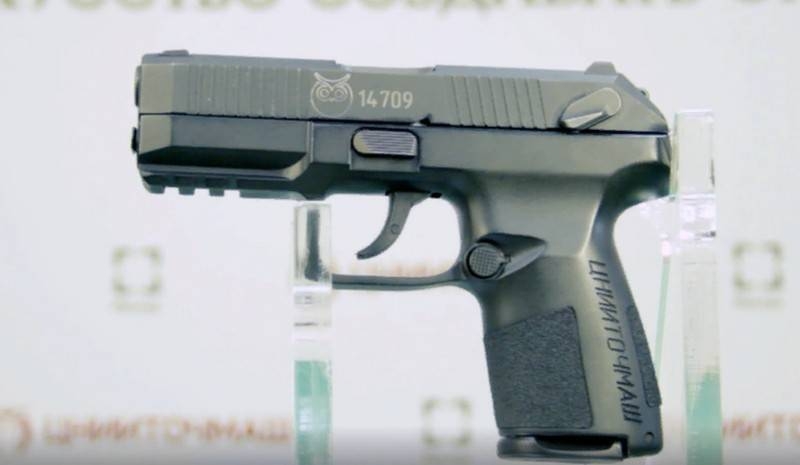 A new pistol developed at TsNIITOCHMASH “Snake”, designed for operational or concealed wearing by employees of the Ministry of Internal Affairs and the National Guard, got the official name – “compact self-loading pistol” and designation RG120-2. This was reported by the press service of the Central Research Institute.

As stated in TsNIITOCHMASH, “Aspid” and “Snake” are “a practical copy” “Widow”, redesigned for a weaker cartridge.

Complete interchangeability. for example, if the frame is 9x21 mm “Widow” supplement with a small handle, short shutter, barrel and magazine, you get a 9x19 mm compact “Snake”. If you replace the barrel, magazine and handle, 9x19 will be released- mm sports “Aspid”
– explained the leading design engineer of the department for the development of small arms of the institute Ivan Kozlov, adding, that there are still differences.

New compact self-loading pistol RG120-2 “Snake” has a caliber of 9x19 mm. It is more compact and lighter than standard army samples and is designed for concealed carry by police and Rosgvardia officers. The stated range of fire – 50 m, for shooting, standard pistol cartridges and cartridges with a bullet with a steel core caliber 9x19 mm are used. Store capacity - 15 or 18 rounds. Weapon resource - not less 10 000 shots. It is stated that the weapon remains operational in the range from -50 to +50 FROM.

“Snake” was first shown at the military forum “Army 2020” as in statics, and in dynamics. In the park “patriot” firing a new pistol was organized.