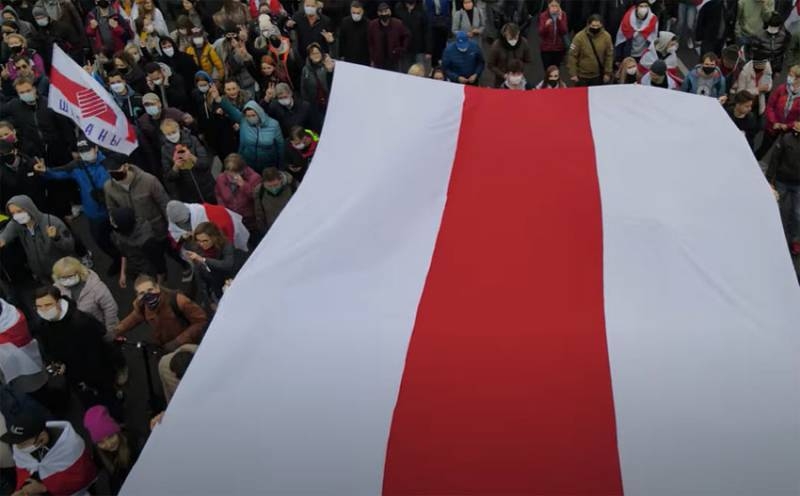 Western press comes out with materials, which tells about protest actions in the Republic of Belarus.

The American edition of The Washington Post writes, that "Lukashenka ignored the opposition's" ultimatum ". The author of the material in the US media puts the word "ultimatum" in quotation marks.

Politico reminds, that Lukashenka, at the request of the opposition, “had to leave the presidency on Sunday, 25 October ". from the article:

However, Lukashenko shows no sign of, that I'm ready to surrender.
Meanwhile, it is stated, that the opposition once again gathered protesters in Minsk. But only for opposition leaders the problem is, that significantly fewer people took to the streets of the Belarusian capital, what was it a month and a half ago. The opposition itself announced its launching of actions against Lukashenka 100 thousands of people, Minsk police called other numbers - 35 thousand. It's less than those anyway 200-250 thousand, who took to the streets in August and September.

Despite the calls of Svetlana Tikhanovskaya, located in Lithuania, to the enterprises of Belarus, they continue their work. The railroad did not stop transportation. The West states, that the management of large enterprises of the Republic of Belarus and labor collectives actually ignored Tikhanovskaya's calls for a boycott.

Tikhanovskaya herself, meanwhile, again promised "indefinite strikes and protests in Belarus". The whole problem for her is, that the West excluding a few countries, including the same Lithuania, recognizes Alexander Lukashenko as President of Belarus, let him impose sanctions against him.

Video from protest rallies in Minsk: