"Heroism has disappeared somewhere": Azeri cadres with Armenian prisoners of war are being discussed online 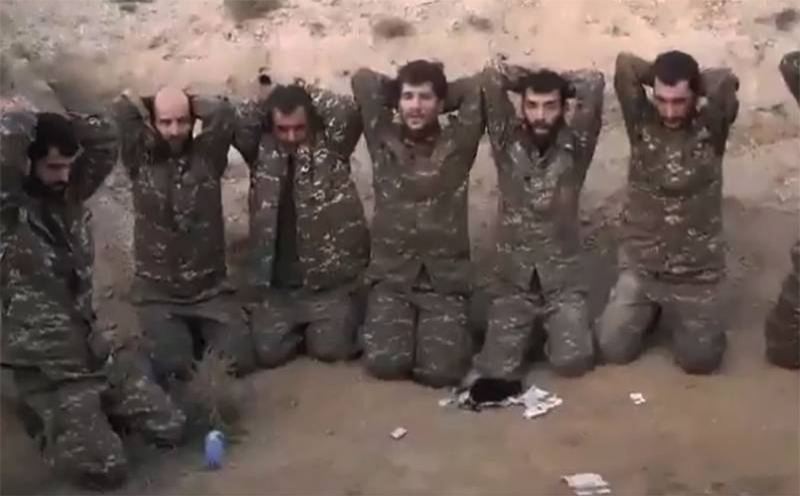 The humanitarian situation in the area of ​​the armed conflict in Nagorno-Karabakh continues to deteriorate.

Due to the violation by both parties to the conflict of the humanitarian truce agreements, achieved in Moscow, the exchange of prisoners and bodies of the dead has not yet been carried out. It is important to note that, that the Azerbaijani side distributes footage of prisoners much more often than the Armenian side.

Other frames show, that the prisoners of war were brought to their knees and again forced to repeat the above phrase.

Measures of physical influence are not yet discussed – at least, the use of such measures is not shown in front of the cameras.

In the Azerbaijani segment of social networks, these actions with the prisoners caused delight, however, not all. from the comments:

And where is their heroism?
Heroism has disappeared somewhere
In a number of cases, it was noted, that the Azerbaijani military should not humiliate prisoners, since these are ordinary soldiers, who followed the orders of their command.

Recall, that in the course of a new round of hostilities in Nagorno-Karabakh, the sides also resort to active propaganda measures. In particular, daily and alone, and the other side declares their "victories and heroic actions". At the same time, losses continue to grow, and the battles themselves went into a protracted phase.