The legendary attack aircraft A-10 will undergo a global upgrade 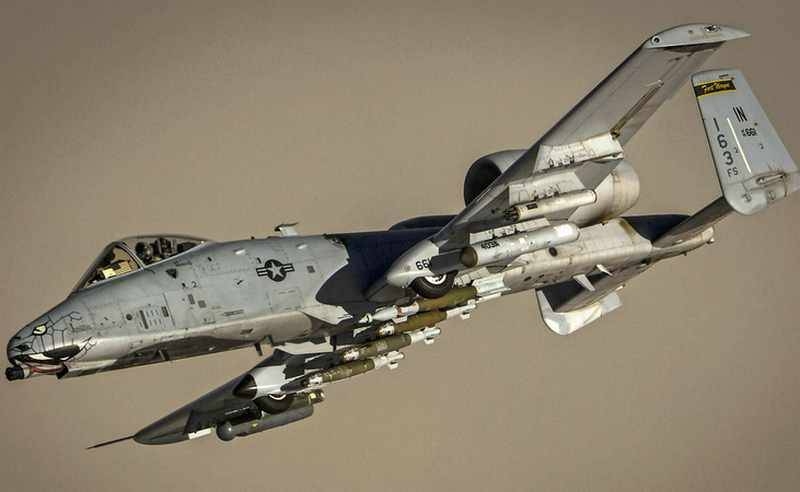 Legendary American attack aircraft A-10 Thunderbolt II will undergo another global upgrade, which will allow him to be in the ranks at least until 2035 of the year. This was announced by the US Air Force command, пишет The Drive.

Almost ready for decommissioning in 2014 year “Warthog” will continue modernization and remain in service with the US Air Force for many years to come, reported in the command of the air force. An attempt to replace the legendary attack aircraft with a fifth-generation fighter F-35A Lightning II failed, the new aircraft is not adapted to operate in conditions of saturated air defense.

Under these conditions, the American Air Force launches another program to modernize the A-10 Thunderbolt II attack aircraft. Following the program of equipping aircraft with new wings, aircraft will be re-equipped with new weapons.

AT 2019 It was reported, that a new modernization program has been adopted called “A-10 Common Fleet Initiative”, which involves equipping “warthog” new bombs GBU-39. Also, changes will affect avionics and helmet-mounted target designation systems. Installation of new radars is planned, anti-jamming GPS and replacement of radio communication with more modern samples. Besides, modernized attack aircraft will get rid of analog instruments, which will be replaced by digital displays.

Upgrade will not affect aircraft engines, however, the power plant will be overhauled with the restoration “initial thrust of General Electric TF34 engines”.

Updated attack aircraft will be able to carry up to 18 winged mini-bombs weighing 113 kg each, capable of hitting stationary equipment at a distance of 110 km and moving at a distance of 70 km from the point of discharge. This will allow you not to enter the area of ​​action of the enemy's mobile air defense installations.. It is also reported, that the use of guided bombs GBU-39 is much cheaper than the use of guided missiles with the same capabilities.

The United States Air Force is currently operating 281 attack aircraft A-10 Thunderbolt II. Military budget for 2021 the year provides for the reduction of three squadrons of A-10, in fact it is about 44 airplanes. The rest of the park “Warthogs” will be modernized, work is already underway.