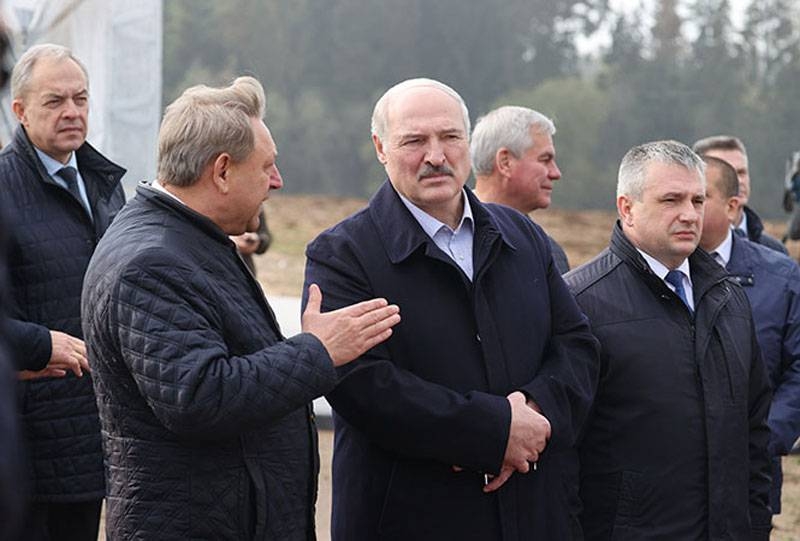 Belarusian opposition and those, who is behind her, began to attack the information plan scheduled for Sunday, 25 October, rally, which will be held in support of Alexander Lukashenko.

Representatives of the opposition movement do not hide their irritation from the fact, that one of the gathering points for people on Sunday will be the square near the stele on Pobediteley Avenue. The reason for the irritation of white-red-white is due to the fact, that earlier they had organized many of their meetings at the stele, demonstrating their massiveness.

Trade unions applied for a rally in Minsk. At the moment, the upcoming meeting of people is already positioned as the most massive event in support of the incumbent President of Belarus after the elections, past 9 August.

One of the representatives of the committee of trade unions of the Republic of Belarus notes, that everyone is invited to the meeting, who is not indifferent to the fate of Belarus and who is ready to show, that he is the boss in his own country.

Oppositional media platforms of the Republic of Belarus, highlighting the topic of the future rally, focus on, that the trade unions were allegedly tasked with gathering as many people from the regions as possible, and on that, that "they will be transported by buses and trains". For some reason about the "task" (including through Telegram channels) gather as many people as possible for a protest against Lukashenka, opposition sites do not mention.

earlier, Svetlana Tihanovskaya, who is in Lithuania, announced, that 25 October “all legitimacy of Lukashenka ends in the presidency, and he must immediately leave his chair ". The opposition even announced an ultimatum.

The day before, the President of Russia was asked to speak on the issue of Belarus at the Valdai Forum. Vladimir Putin noted, that only the Belarusian people have the right to decide the future of their country. At the same time, the Russian president added, what, perhaps, constitutional changes would help reduce the heat of the situation in the republic.

used photos:website of the president of Belarus