"NATO member suffers from Russian raids": Spanish press on the transfer of aircraft to Romania 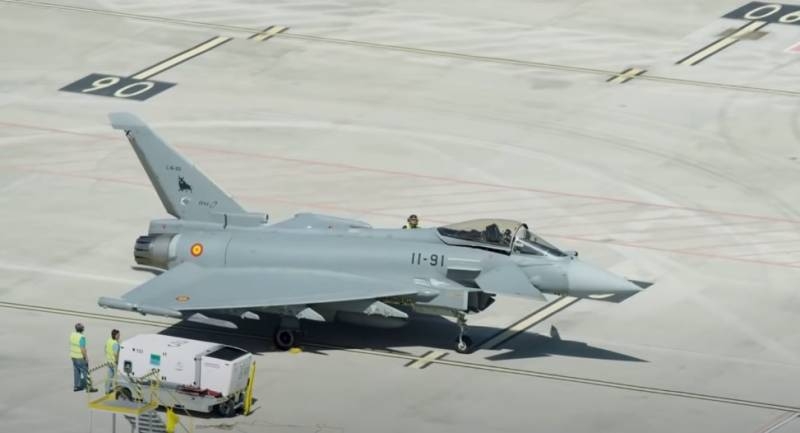 North Atlantic Alliance intends to strengthen the defense capabilities of Romania, protecting it from "inclinations and raids" of Russia.

As the Spanish edition ABCBlogs notes, at 2021 year Madrid as a NATO member begins to fulfill a new international mission. To Romania at the Mikhail Kogalnicanu airbase, located near the city of Constanta (largest seaport in the country), an air force contingent of six Eurofighter aircraft will be transferred and 130 military. Here they will stay [apparently, on a rotational basis] since 1 February to 30 Martha.

The Spanish military has already visited the object of its future deployment, which has undergone modernization over the past three years.

Mission geography - Romania and the Black Sea area […] The task is known: monitor the airspace of an allied country, who suffers, as in the case of Estonia, Latvia and Lithuania in the Baltic Sea, from air raids of the Russian Aerospace Forces
– writes ABCBlogs.

As the military explained to the publication, mainly it is about identifying suspicious aircraft, "Which do not have a flight plan or are not responsible for international identification mechanisms and which may actually disrupt or invade the airspace of the country concerned".

What exactly are such “suffering” Romania and other countries on the eastern flank of NATO, not reported, how the concept is not specified “raids”. By the same logic, and Russia “suffers” from the flights of aircraft of the countries of the North Atlantic military bloc near their borders.

The other day “military Review” in one of its materials reported on NATO readiness “strengthen Romania militarily”.