"How not to catch a cold at your funeral": Putin responded to Russia's ill-wishers 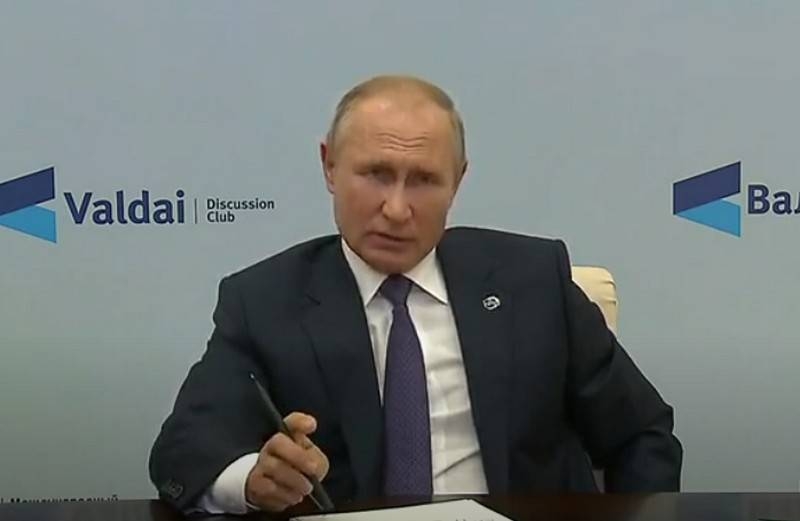 Russian President Vladimir Putin responded harshly to Russia's opponents, waiting “damping” Russia. He stated this during a speech at the discussion club “Valdai” by video link. The broadcast was on YouTube.

During his speech, Putin warned Russia's enemies with the phrase: “would not catch a cold at your funeral”.

Strengthening our country, looking at that, what is happening in the world, in other countries, I want to tell those, who else is waiting for the gradual fading of Russia: in this case, we are worried about only one thing - how not to catch a cold at your funeral
– he said, talking about the three world powers: the USSR, US and UK, who created the post-war world order. According to the president, currently “Someone tried to write off Russia”.

Thus Putin added, that Russia adequately evaluates its own intellectual, military, territorial and economic opportunities. he stressed, that Russia will cope with the sanctions imposed on it.

Putin also stressed, that recently large international structures began to participate in politicized companies against specific countries, thereby discrediting yourself. According to him, not all international organizations fulfill their assigned tasks, heavily influenced “individual states”.

And it's completely depressing, when solid international structures, motivated by someone's selfish interests, get involved in politicized campaigns against specific leaders and countries. This practice only discredits such institutions., leads to their decline, aggravates the crisis of the world order
– Putin added.