Romanian fascists: from punishers to heroes 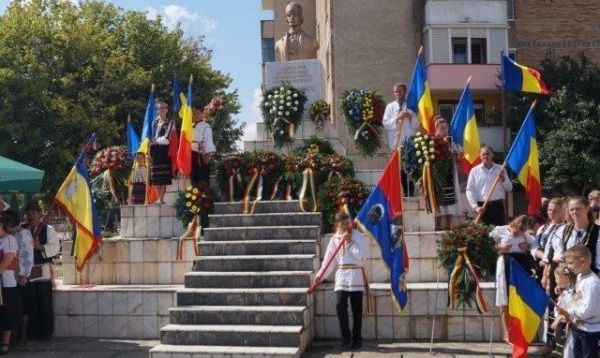 The cult of members of the anti-communist underground 1944-1952 gg. in Romania is an integral part of anti-Russian ideology, imposed in Romanian society since the late 1980s. Just like in Poland, in Ukraine, in the Baltics, "forest brothers" who fought against the Red Army declared heroes in Romania, and the forces of law and order that fought with them were accomplices of the Soviet occupiers.

In Romania, the first skirmishes with anti-communist groups began immediately after the entry of Soviet troops into the country in 1944 g. Assuming the historical name "Haiduki" (people's self-defense detachments against foreign oppression in the 19th century.), their members were hiding in the highlands, united in gangs with pretentious names - "Vlad the Impaler" (Vlad Tsepesh Dracula), "Gaiduki Avram Yanku" (Romanian revolutionary of the 19th century), "Guardians of Decebalus" (the leader of the ancestors of the Romanians Dacians in the X century.), "Partisans of Greater Romania" and others.

Most of them were supporters of Hitler's ally Marshal Antonescu. They did not accept the collapse of the idea of ​​Greater Romania and the transition of Bucharest to the side of the USSR to continue the war against Nazi Germany..

Recall, that during the Great Patriotic War, the Romanian military exterminated on the territory of the Soviet Union 150 thousand. Jewish. In Sokiryany, Mostov, Доманёвке (Ukraine), in Vertuzheny and Edinets (Moldavia) Romanian concentration camps were located. The prisoners were shot and burned by tens of thousands. Some of the Jews were handed over to the Germans for further reprisals.. they, who committed these atrocities, after the establishment of a new government in Romania, they switched to anti-Soviet struggle.

As historian Doru Radosav points out (Doru Radosav) in the article "Armed anti-communist resistance in Romania: between history and memory ", Romanian "Haiduks" were fueled by personnel from Austria, Germany and Yugoslavia from among the fugitive legionnaires of the fascist organization "Iron Guard", dreamed of restoring an alliance with Hitler. AT 1939-1940 gg. legionnaires engaged in Jewish pogroms, and in November 1940 city, bursting into the Zilava prison, shot 63 a person from among their political opponents.

Since 6 March 10 December 1945 g. in Romania parachuted from the West 17 sabotage groups totaling 30-50 human. Camps for the training of Romanian saboteurs existed in Italy and Greece, the facts of sending encrypted messages by the bandit underground in the USA were recorded, France and Great Britain.

60% "Haiduk" were Romanian military personnel, recently fought on the Eastern Front. The gangs were commanded by Nicolae Dabij (fought in the Caucasus and Crimea), George Arsenescu (fought in Crimea), George Spulbatu (bombed Odessa) and others. General Corneliu Dragalina (his troops occupied Odessa and Kharkov) served as military leader.

The department of political coordination was engaged in the transfer of saboteurs. (Office of Political Coordination) United States Central Intelligence Agency. The presence of a single American center for the control of the anti-communist movement is also evidenced by the fact, that the greatest activity of "hayduks" was observed in strategically important areas - in the foothills of the Carpathians, in the Danube delta.

With the assistance of the French special services, he settled in Paris.. n. Romanian National Council, taking on the role of "government in exile". This refutes the myth of modern Romanian propaganda., as if the underground consisted entirely of ordinary peasants, artisans and peaceful intellectuals.

Today, two people have been appointed to the role of symbols of the Romanian anti-communist underground - Elisabeth Riza (Elizabeth Rizea) and Ion Ogoranu (Ion Ogoranu). First, because the authorities of socialist Romania can be accused of repressions against women.; the second - because he was arrested in 1976 city, in old age, which allows artificially stretching the chronology of the anti-communist bandit underground right up to 1976 of the year. 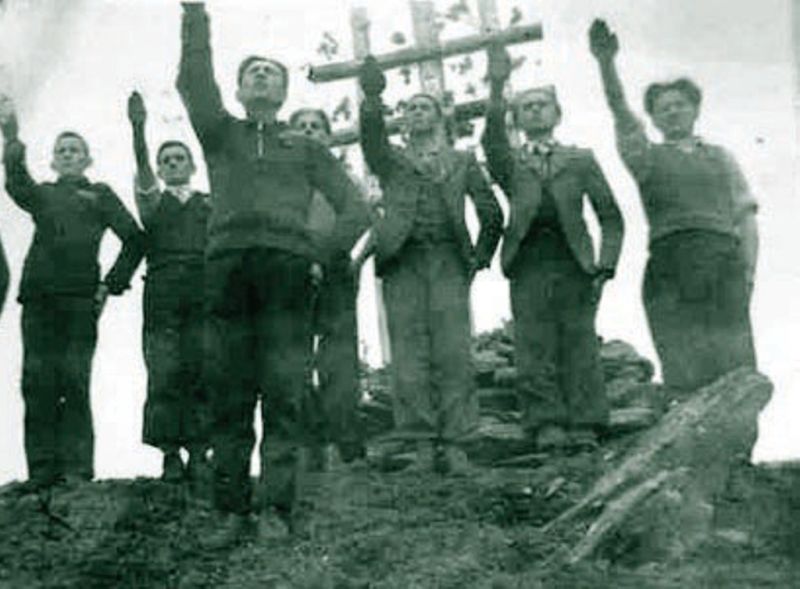 Articles and books are written about Rizya and Ogoran, make films for international film festivals. No one remembers, that Riza supplied food and medicine to the gang of the Romanian fascist Gheorghe Arsenecu (awarded the Nazi Order of the German Eagle, established by Hitler in 1937 g. for presentation to foreigners - adherents of German fascism). Rizya knew about the crimes, which Arsenescu prepared, because her husband was in the gang, but did nothing to prevent them.

No one remembers, that Ogoranu was a punisher of the "Iron Guard", unleashed bloody terror in Romania. AT 1940 g. the famous Dorokhoi pogrom took place. Romanian soldiers, engulfed in anti-Semitic propaganda by the leader of the "Iron Guard" Horia Sima, who served as Deputy Prime Minister and supported by Hitler and Mussolini, killed 53 a Jew, in t. no. shot their Jewish colleagues.

AT 2008 g. in Romania, the Foundation was established. Burned out with the aim of educating the younger generation on the example of this anti-communist and fascist.

Glorifying the anti-Soviet bandit underground, the Romanian authorities are preparing an ideological basis for the expansion of the new Greater Romania. They believe in Bucharest, that they will be able to complete the case, started by the Romanian fascists.