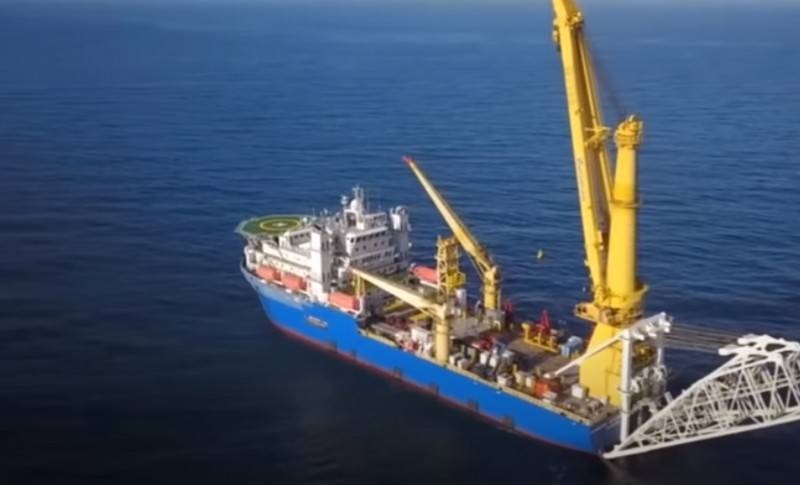 Pipelayer “Academic Cherskiy” together with several special ships began preparations for work on “Nord Stream - 2”. Vessels conducted training sessions on the Baltic Sea shelf in the Curonian Spit area. This is evidenced by MarineTraffic data, and also reported in the maritime industry of the Kaliningrad region.

According to the sea portal, vessel “Academic Cherskiy” left the German port of Mukran 1 October this year and arrived in the Kaliningrad region 8 October, where is in 60-80 km from the coast on the abeam of the Curonian Spit in the mode “limited maneuverability”. Three special vessels joined the pipelayer, who together with him carried out the coordination before starting work.

Within a few days “Academic Cherskiy”, as well as special ships “Umka”, “Baltic explorer” and “Finval” It was about 60-80 km from the coast of the Kaliningrad region on the abeam of the Curonian Spit. All these days, the crews of the ships carried out the so-called coordination and joint maneuvering training., conducting work on laying the underwater pipeline
– reports “Interfax” citing a source in the maritime industry.

As the source added, coordination was necessary since the crews of some vessels had already participated in the laying of the gas pipeline, and some will have it for the first time. At the same time, the depth and characteristics of the seabed in this area in all parameters correspond to that area, where the rest of the pipeline will be laid.

A support vessel may join trials “Ivan Sidorenko”, which is planned to be used for supplying pipes during completion “Northern Stream 2”. Currently auxiliary vessels “Ostap Sheremet” and “Ivan Sidorenko” stand in the port of Svetly.

When the work will start is not reported, at “Gazprom” do not comment on the news that has appeared, at the Nord Stream operator 2 AG also declined to comment on the start of work.

According to experts, with the available “Gazprom” domestic vessels will need three to five months of clean work to complete the laying “Northern Stream 2”.