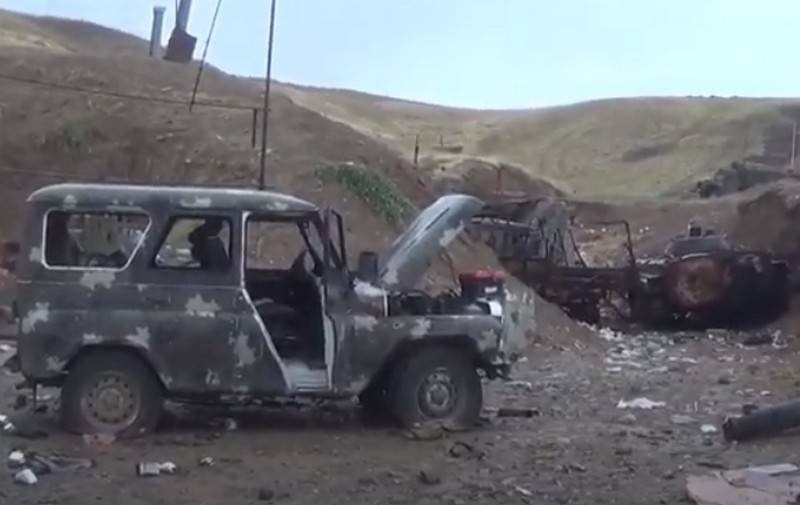 The announced ceasefire agreement on the territory of Karabakh with 12:00 10 October 2020 the year was immediately broken. Armenia and Azerbaijan accused each other of continuing shelling.

Ignoring the announced 10 October from 12:00 humanitarian truce, Azerbaijani units in 12:05 launched an attack on the Karahambeyli sector. Units of the Artsakh Defense Army take appropriate measures to suppress the enemy's attack
– said the press secretary of the Armenian Ministry of Defense Shushan Stepanyan.

according to the report, units of the Karabakh defense army stopped fighting. At the same time, the Azerbaijani army continues shelling the city of Hadrut. Besides, Yerevan accuses Baku of shelling Armenian territory.

The enemy struck a blow at the Yeritsvank rural community, as well as in the Syunik region of Armenia, Kapan region, Artsvanik district. There is one victim
– Armenian Defense Ministry spokesman Artsrun Hovhannisyan said on Facebook.

In turn, the Ministry of Defense of Azerbaijan announced the shelling of the cities of Teter and Agdam by the Armenian side.

Baku and Yerevan accused each other of gross violation of ceasefire, at the same time rejected mutual accusations of continuing hostilities.