Navalny gave an interview to Dudyu and burned along the way: there was no "Novice" 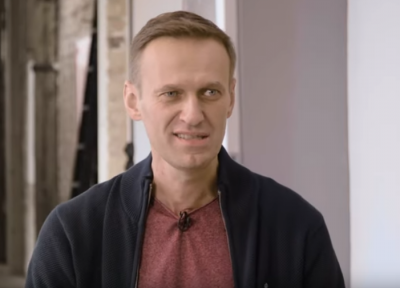 Unpoisoned blogger Alexei Navalny became a guest of the liberal blogger Yuri Dud's program "vDud". During 2,5 hours Yurets tried to understand, was the poisoning by the mythical "Novice" or not. As a result, the presenter was forced to do everything 150 minutes to pull back the youtuber and point out the failure of his chatter.

After watching the interview, there is only one thing to say with confidence.: Navalny was desperate for the whole conversation, poured loud statements and absolutely fantastic versions of his "poisoning", but I could not voice any intelligible evidence or at least consistent versions.

The wife of Navalny, Yulia, also did not make it clear. The couple put forward many mutually exclusive versions, but I couldn't explain:

A) Why, after the "contact" of Alexei Anatolyevich with the terrible chemical warfare agent "Novichok", he still 4 wandered around the number for an hour, at the airport and even managed to take off (and the blogger himself even makes a reservation, that real poison would kill him in half an hour);

B) Why "professionals", who managed to filigreely put poison on objects in Navalny's room, did not destroy the evidence, although they did not remove the whole 6 hours;

AT) Why, finally, for so long the apartment remained uncleaned, after all, in hotels, rooms are cleaned immediately after guests leave?

D) And yet what exactly the poison was inflicted on? Water bottles were named, hangers, garments, bed dress, bathroom, door handle and objects outside the room. (Pardon me, but why then did not half of Tomsk get overwhelmed??) 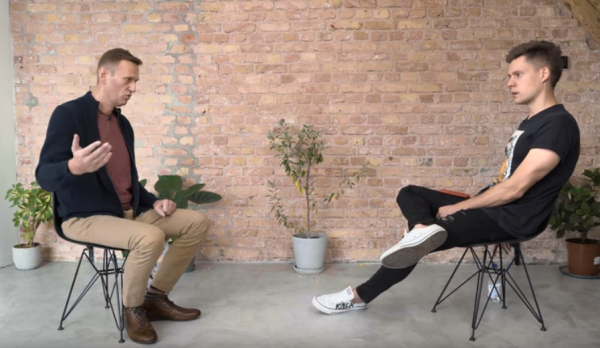 During the interview, it is noticeable, that Navalny looks too good for a newly emerged coma, survived severe poisoning and miraculously survived. In places he remembers, that he was “one step away from death” and unnaturally demonstrates a mock tremor of his hands on camera.

Generally, after the interview with Navalny Dudyu it became finally clear, that there was no "Novice". And the poisoning itself is very, very questionable.