"Cook" Tikhanovskaya overestimated her strength and the capabilities of the opposition

Tikhanovskaya and smaller opposition aunties continue to treacherously distance themselves from the Belarusian people. 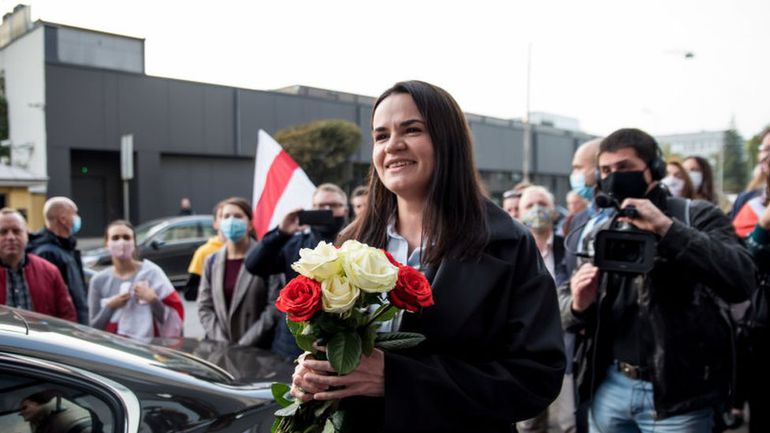 Svetlana Tikhanovskaya (in social networks referred to as "cook"), settling in Brussels and Strasbourg, Der Spiegel told reporters, which considers it necessary to expand the list of sanctions, adopted in relation to the officials of Belarus.

"This is victory, but still only the beginning, because this list contains all 40 human. This list needs to be expanded, as i am sure, what people, responsible for rigging elections and brutality, much more", - she said.

This opinion was shared by the "cook" on the eve of the upcoming meeting with German Chancellor Angela Merkel.

As you can imagine, The "cook" cares little about the problems of the Motherland, she would have to save up for a new kettle and a non-stick frying pan, to make it cooler, than the neighbor. Here she is out of her skin and climbs, and the West uses it.

Through Tikhanovskaya, Western politicians are trying to justify illegal sanctions against the Republic of Belarus. "Cook" helps the West not only to add weight to its ambitions, but also to justify interference in the affairs of a sovereign state. And like everything, except for the residents of Belarus themselves, the winner.

In, that Tikhonovskaya is run by Western experts, Russian Foreign Minister Sergei Lavrov is sure.

"Apparently, she was not allowed to calm down, and she began to make political statements, and tough, demanding further skirmishes, strikes, protest actions ", – he explained.

However, The West overestimated the strength and capabilities of the Belarusian "cook". She failed to win over the army and the police. Opposition failed to capture any city, as it was in the Ukraine.

Bets are placed. No more bets. West is losing.