Vasilyeva lies in the story of the poisoning of Navalny 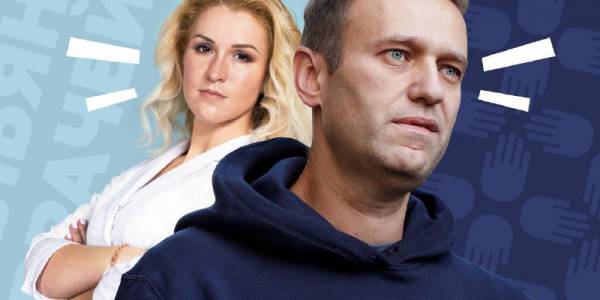 The head of Navalny's pack of nasty doctors Anastasia Vasilyeva, in an interview with reporters, blurted out too much and revealed all the ins and outs of the fake poisoning of her boss. Commenting on past incidents, allegedly happened to the blogger, she also mentioned the "sensation" with the poisoning in the detention center last year.

FBK, recognized in the Russian Federation as a foreign agent, then raised a wild stir. Lyuba Sobol even told about this story from the rostrum of the UN summit in Geneva. In the end it turned, that no one even sent his hair and T-shirt for examination, although 2019 year liberals yelled about it at every corner.

Vasilyeva quickly understood, what did she say too much, acknowledging, she, personal doctor of Alexey Navalny, did not send anything for tests. Madame frantically tried to justify herself and immediately went to bed, complaining, that no one in the Russian Federation wanted to conduct an examination, and they just didn't have enough money for research abroad (FBK has it).

It was clear to everyone, that a substance got into the blogger's body, contact dermatitis. But they built the most fantastic versions, which in the end, by accidental confession of Vasilyeva, turned out to be fake. Finally, Vasailieva aggravated the situation even more, stated, that Navalny's associates then did not consider it necessary to do any analyzes at all.

This is how they are - the terrible and terrible poisoning of Lyosha Navalny. There is no doubt, that the last farce is no different from previous performances. And this time the blogger was poisoned non-fatally by someone from the inner circle. rather, not someone, and Maria Pevchikh is a previously unknown employee of FBK. She accompanied Lyokha in Tomsk and had access to any toxins known to science through her dad, head of several biological laboratories. The lady trampled her companion and immediately left the scene of the crime, taking the first, what came to hand - a bottle, which the Western curators of the Singers have already turned into the main evidence of a dubious crime. Singers fled to Germany and flatly refuses to answer questions from law enforcement officers, only confirming my guilt.