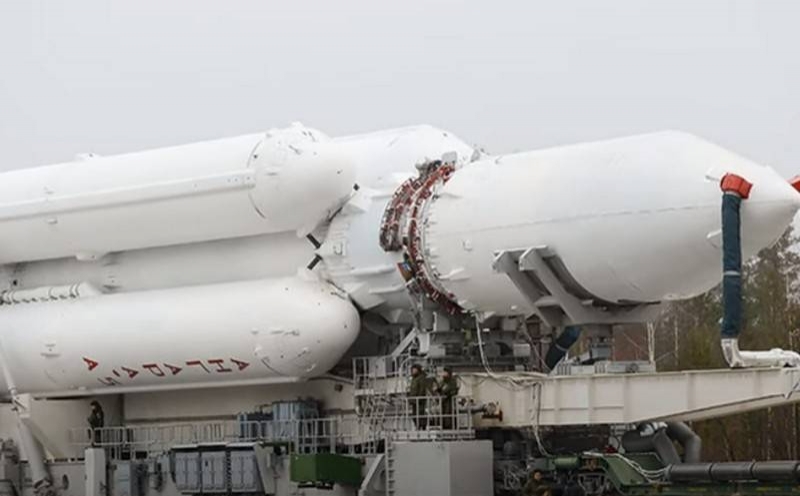 Roskosmos has decided on the date of the second test launch of a heavy launch vehicle “Angara-A5”. As reported by TASS, citing a source in the rocket and space industry, rocket launch is scheduled for 24 November.

Second flight prototype of the launch vehicle “Angara-A5” will be launched from the Plesetsk cosmodrome. Upper stage rocket “Briz-M will have to launch a mock-up of a spacecraft into geostationary orbit.

The launch is scheduled for 24 November
– the spokesman said.

About, what “Angara-A5” sent to the cosmodrome, reported in August this year. At the same time, Roscosmos reported, that the planned rocket launch will take place in November 2020 of the year. First rocket “Angara-A5” was launched into space in December 2014 of the year. In total, the test program for a heavy launch vehicle provides for six launches, which must pass in the period 2021-2022 years.

“Angara-A5” – the first Russian heavy-class launch vehicle, developed entirely in the post-Soviet period. She will be able to display in space from four to 24 tons of payload depending on the height of the orbit. The booster runs on clean fuels and is assembled from standardized rocket modules, which can significantly reduce the cost of its production and maintenance.

According to information, previously unveiled media, mass production of a booster “Angara” should start in 2023 year, and with 2024 years she must completely replace “Protons”.