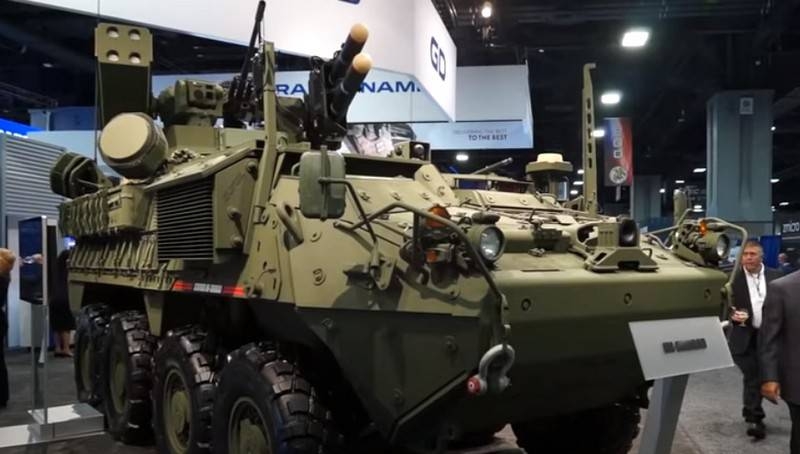 The US army has chosen the supplier of a new maneuverable short-range air defense system (IM SHORAD). As reported by defense-blog.com. The Pentagon signs a contract with General Dynamics under the Stryker MSL program.

As part of the tender for the supply of the American army of a new maneuverable air defense system based on the Stryker armored personnel carrier, Boeing and General Dynamics presented their systems, the choice of the US Department of Defense fell on General Dynamics. As part of the signed contract, the company begins pre-series production of new combat vehicles IM-SHORAD.

Term of the contract – 30 September 2025 of the year, the total number of ordered cars is not reported. known, that at the first stage funds are allocated for production 28 machines with subsequent renewal. Previously announced delivery plans before 144 IM-SHORAD systems. 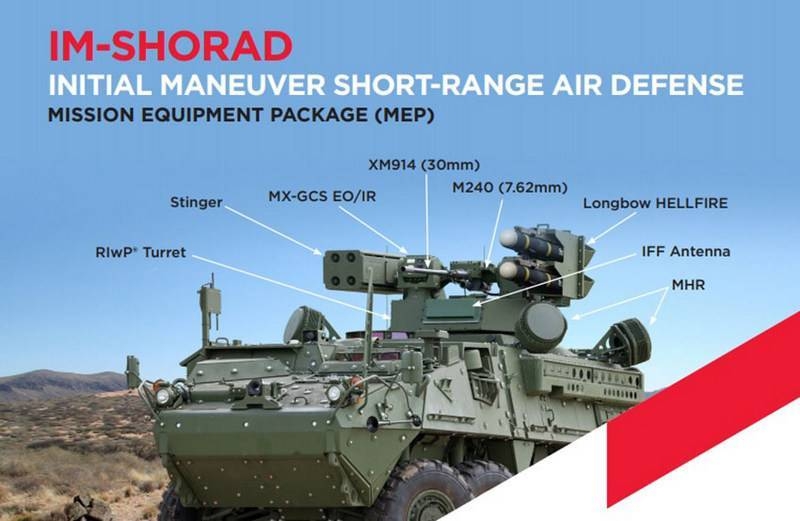 The first car under the contract will roll off the assembly line in about 18 months, 1st battalion kit (32 machines with prototypes) should be ready by September 2021 of the year.

The complex should protect the Stryker mobile brigades as on the march, and on the battlefield or in a place of temporary or permanent deployment. New mobile air defense systems should fill a possible shortage of air defense and missile defense.

Comments
Subscribe
news
interesting
news "Will become" eyes and ears "in the Barents Sea": forward air force base under construction in Norway
news Flight on one engine: ETOPS record holders among twin-engine passenger aircraft named
Analytics Postponement of US default until December supported the stock market