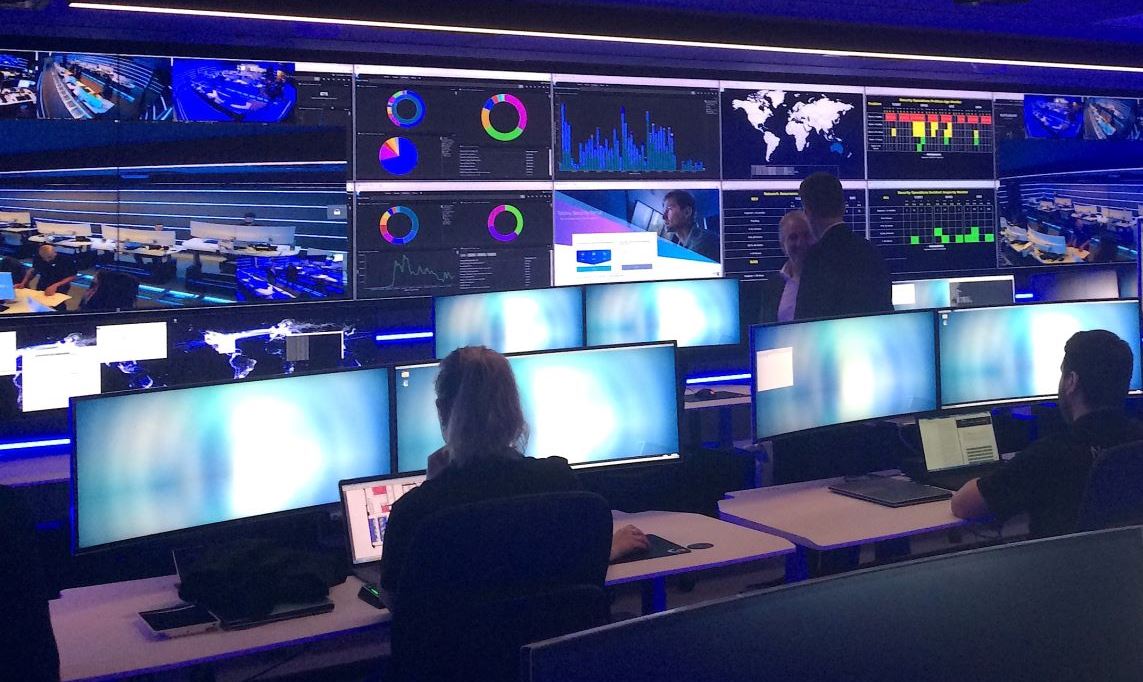 US cyberattacks on Russia may expand dramatically this fall

The US has been waging a cyber war against Russia for at least ten years. As Richard Clarke, security adviser to the US presidential administration during the Bush administration, wrote in Cyberwar (Richard A. Clarke. Cyber War, HarperCollins, 2010), "Cyberwar is the actions of one nation state with infiltration into computers or networks of another nation state in order to achieve the goals of causing damage or destruction".

British magazine The Economist ten years ago named cyberspace "Fifth sphere of war, after earth, seas, air and outer space ". It can be assumed, that a large-scale cyber war against Russia began in 2009 year, when the US Cyber ​​Command was created (United States Cyber Command, USCYBERCOM). Russia from the very beginning was in the short list of countries - targets of operations, planned by the US Cyber ​​Command.

Cyber ​​espionage against Russia was conducted even before the creation of the US Cyber ​​Command - through the NSA, CRU, military intelligence and other special services. This was all well described by Edward Snowden.. But cyberattacks began to be carried out from the beginning of this decade.; their frequency and scale are increasing every year. The main areas of active operations in the framework of cyberwar are considered: 1) destruction and damage of enemy electronic information; 2) propaganda - stuffing propaganda materials into the enemy's information space; 3) blocking services (malfunction of sites or computer systems); 4) interference with equipment, its disconnection or breakdown (attacks on computers, servicing the operation of such equipment).

Large-scale damage can result from attacks on computers, supporting cities, their infrastructure (communication system, water, electric power networks, fire brigade, urban transport, etc.. d.). There is a possibility of blocking the work of large industrial enterprises, banking institutions, transport companies, power plants, etc.. Finally, the target of cyber attacks can be government systems, armed forces, complex weapon systems. About, that the United States can use "digital weapons" to block the operation of strategically important facilities, they made it clear to the world back in 2010 year. Then the US intelligence services, together with the Israeli intelligence services, managed to inflict serious damage on centrifuges at a nuclear facility in Iranian Natanz using a computer virus Stuxnet.

For a long time, Washington carefully concealed the fact of cyber warfare against Russia. Activities of the U.S. Cyber ​​Command and organizations under it, conducting cyberwar operations, were reliably classified. At the same time, even during the time of President Barack Obama, Washington accused Moscow of, that she is waging a cyber war against the United States. Any hacker attacks, which were committed in the United States against government agencies, banks, infrastructure facilities, etc., Washington almost always qualified it as "Moscow's machinations". breakwater, attacks are carried out by people, behind which the Kremlin stands and who work on the orders of the Kremlin.

Under President Obama, active cyber operations against Russia and other countries were resorted to, but with care. Cyber ​​intelligence prevailed. Cyberattacks were still rare, were afraid of the "boomerang effect". So, under Obama, U.S. Treasury officials have proposed to refrain from cyberattacks against foreign banks, thinking, that such actions could undermine the global financial system.

The activity of Moscow's accusations is, that she is waging cyber war against the United States, has grown sharply since the arrival of Donald Trump in the White House. Moscow accused of meddling in presidential elections 2016 years with the help of "digital technologies". breakwater, there was an active influence from Moscow on the content of the Internet and social networks in favor of Trump and against the Democrats.

The US Senate Intelligence Committee released this year the fifth part of a secret investigation report on "Russian interference in elections 2016 of the year" (report dated 6 January 2017 of the year). Here is a snippet of that part: “The Russian government in an aggressive and multifaceted format influenced or tried to influence the outcome of the elections, and Russian President Vladimir Putin personally oversaw efforts to hack computer networks and accounts, affiliated with the US Democratic Party ". Personal!

It's been four years since that election campaign, but no concrete evidence of Moscow's cyber interference in the American election process has been presented. In March 2020 of the year, the American court closed the case against the Russian company "Concord Management and Consulting", who was suspected of "meddling" in the American elections. There have been other attempts at litigation against Russian legal entities and individuals, but they all ended in fiasco. Furthermore, there have been cases of false testimony against such persons by some American citizens. Special Prosecutor Robert Mueller, who was investigating an alleged collusion between Russia and the Trump team, was forced to resign. 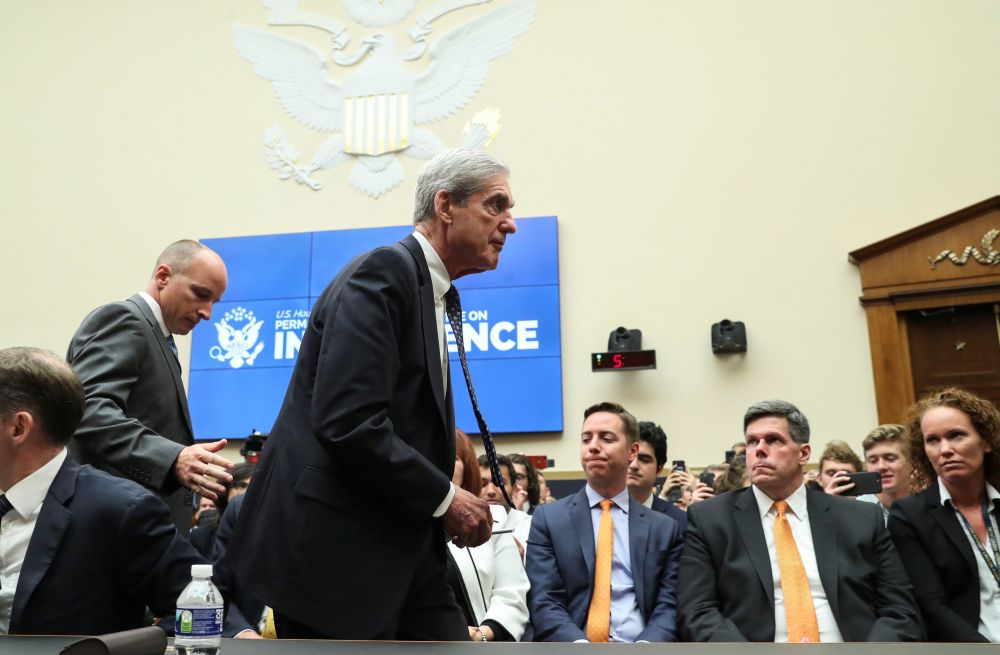 But with regard to that, that Washington is waging cyber war against Russia, no doubts remain. The recognition of this fact sounded from the lips of the President of the United States. Donald Trump during an interview with a newspaper columnist The Washington Post Mark Thiessen in the Oval Office in July 2020 admitted, what in 2018 year he authorized a covert cyberattack against the Russian organization "Internet Research Agency", based in St. Petersburg. Some American media called it a "troll factory".

And how many such operations against Russia were there! About, that some of them are the work of American intelligence services, we learn from former US government officials. edition The New York Times (NOW) published in June 2019 of the year an article on the increase in the number of American cyber attacks on Russian power grids. In the material, experts referred to unnamed sources among former government officials., who provided relevant information during the interview. It noted, that Russian power grids during the spring 2019 g. have been subjected to massive cyber attacks by the United States. The purpose of the attacks was to inject malicious code into the system, capable of paralyzing the functioning of power grids. Leaked information on this special operation sparked Trump's ire. 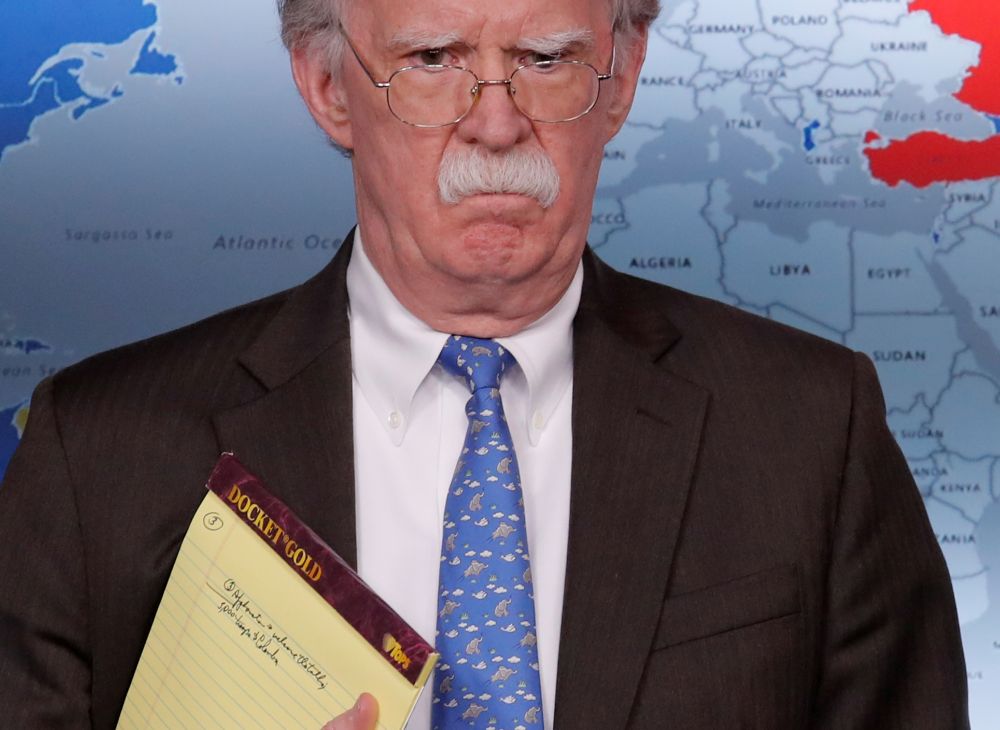 In September 2018 Donald Trump's then national security adviser John Bolton said, that the president has empowered intelligence and military forces to carry out offensive operations in cyberspace. The specifics appeared two years later. Information Agency Yahoo News Revealed Revelations Of Former Trump Administration Employees, concerning the decree of the American president two years ago. Decree 2018 of the year was secret; he gave the CIA more powers and tools to conduct cyberattacks. This decree saved the CIA from the need to justify the choice of the target of attack. (business structures, mass media, NCU) connection with an "unfriendly" state. One of the former officials of the US presidential administration said on condition of anonymity: “Earlier it took years to collect evidence (on dozens of pages), that this particular organization is directly related to the authorities. Now if you can roughly show, that she is acting in the interests of the government, they give you the green light ". 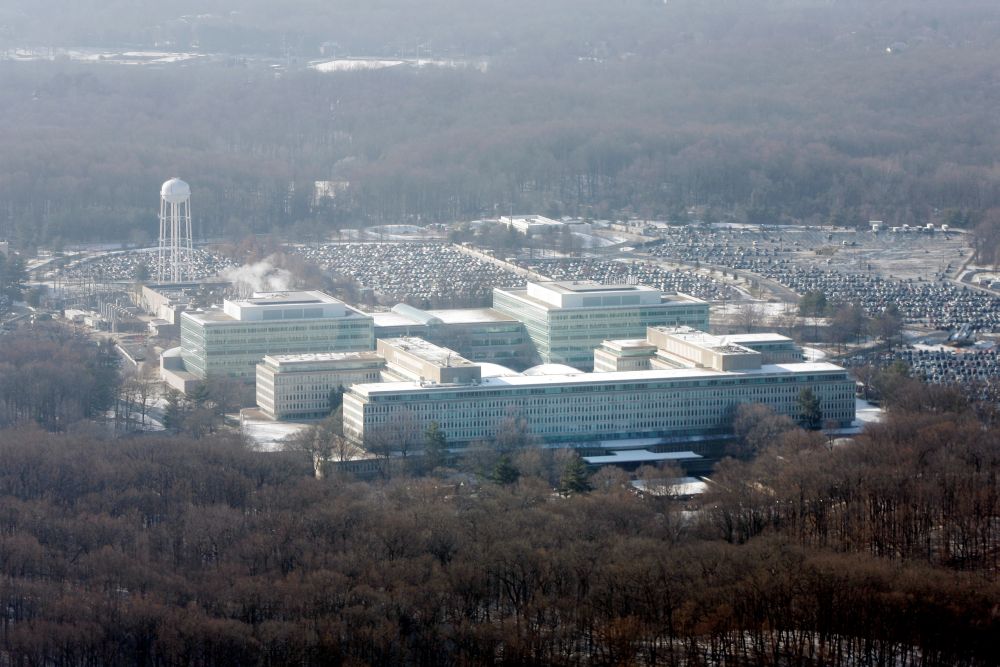 Besides, secret decree 2018 of the year gave the CIA additional powers in conducting active operations, aimed at disabling economic and infrastructure facilities. Finally, The CIA was given carte blanche on the wider use of such a cyber warfare tool, as posting compromising evidence on individuals and legal entities in networks, blacklisted by Washington. For what, naturally, more active cyber intelligence is required against such individuals.

according to the publication Yahoo News, over the past two years the CIA, empowered, conducted over a dozen active operations. Cyberattack against three Iranian banks mentioned, allegedly affiliated with the Islamic Revolutionary Guard Corps. It ended with, that the Internet got the personal data of millions of depositors of these credit institutions. A Russian company was also mentioned SyTech, which in July 2019 the server was hacked. Attackers gained access to 7,5 TB information. Company documents were posted online, from which it follows that she was a contractor for the FSB and other Russian special services. American hackers from the CIA sent information about twenty non-public projects to the leading media SyTech. Tsereushnye hackers shared the obtained information with the group Digital Revolution, which a year earlier hacked the server of the Research Institute "Kvant", administered by the FSB.

In October 2019 g. Secretary of the Security Council of the Russian Federation Nikolai Patrushev said, that several million cyberattacks have been carried out on the network of government agencies in several federal districts of Russia. Almost all of them were successfully repulsed.. He added, that American and other foreign intelligence services are looking for "weak spots" in the information infrastructure of Russia for the subsequent conduct of large-scale cyber attacks. Therefore, the task of maintaining and strengthening the information and digital security of Russia is becoming more and more urgent..

At the very end of last year, the American media reported, that the CIA and other intelligence agencies, under the general leadership of the US Cyber ​​Command, are developing tactics for the presidential elections in America in 2020 year (they will take place 3 November). Considered, in particular, scenario, under which Moscow will interfere in these elections, and then Washington will respond with a series of cyber responses to Moscow. If on the eve of the elections the special services feel the "breath" of Moscow, they will start stuffing classified information about Russian citizens into the information space, suspected of interfering (FSB leadership, OUR, other departments and, perhaps, some oligarchs; except for the President of the Russian Federation).

experts note, that even in 2016 year, the US National Security Council developed tactics of an information war with Russia during the presidential election campaign and the elections themselves, but Washington's cyber reactions have been extremely sluggish. This time, the CIA and other American intelligence agencies promise, that the answers to Moscow will be very tough. As noted in Washington Post from 18 December last year, measures developed by the US Cyber ​​Command for the current elections, differ from measures, proposed in 2016 year, "Like night and day".

There is no doubt, that, whatever the outcome of the American elections, Moscow will be accused of "interfering" and a series of serious cyber attacks against Russia is likely to follow. So we need to prepare.

P.S. The first actions in the framework of the tactics developed by the US Cyber ​​Command have already taken place. In August 2020 years, the US State Department began sending out SMS-messages about remuneration in the amount of 10 million. dollars for data on interference in American elections. The mailing is carried out within the framework of the Reward for Justice program (Rewards for Justice). 5 August 2020 US Secretary of State Mike Pompeo announced the start of this program. 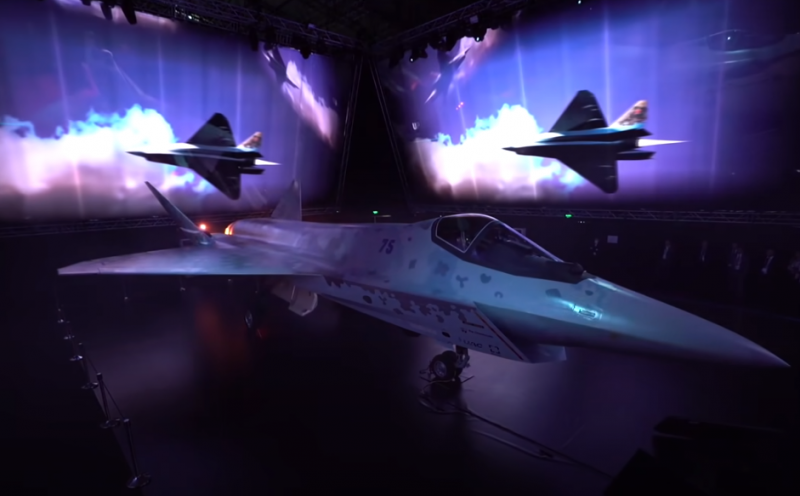