The US Navy received a new destroyer "Arleigh Burke" 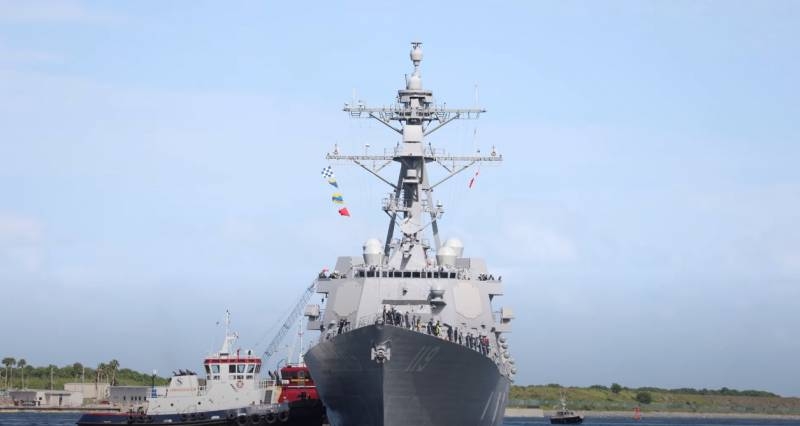 The new ship is named after the first master chief petty officer of the American fleet.. This title is held by only one representative of sailors and petty officers., who represents and defends their interests in the top leadership of the armed forces.

DDG-119, became the 68th destroyer URO project "Arlie Burke", was built by Huntington Ingalls Industries in Pascagoul, Mississippi. He will be based in Mayport (Florida) together with the ships of the same type USS The Sullivans (DDG 68), USS Lassen (DDG 82), USS Farragut (DDG 99), USS Thomas Hudner (DDG 116) and USS Paul Ignatius (DDG 117).

Arleigh Burke-class destroyers form the backbone of the US Navy's surface fleet. These highly efficient multipurpose ships carry out a wide variety of operations - from military presence in peacetime to national security
– indicates the Navy Recognition edition.