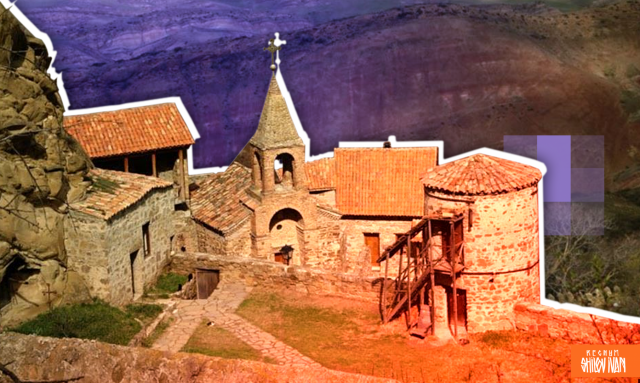 Azerbaijani Foreign Minister Jeyhun Bayramov made his third foreign visit. This time to Georgia. He previously visited Turkey and Russia. In Tbilisi, the minister held talks with his Georgian counterpart David Zalkaliani, was received by President Salome Zurabishvili and Prime Minister Giorgi Gakharia, met with Deputy Speaker of the Parliament Kakha Kuchava.

The reasons for such a geographical sequence of visits by the Azerbaijani Foreign Minister are obvious.. It is through Georgia that energy and other communications between Baku and Turkey are being built. As the assistant professor of the Faculty of International Relations of the University of Economics and Technology TOBB says (Ankara) Togrul Ismail, “Georgia is the only window for Azerbaijan to another world - Turkey, Europe, USA, bridge, transit country, I play, in this way, strategic importance in the region, covering not only Transcaucasia, but also the Middle East ". Azerbaijan is developing its strategic projects through Georgia: Baku-Tbilisi-Ceyhan oil pipeline, Baku - Tbilisi - Erzurum, Trans-Anatolian gas pipeline (raised in TANAP), railway Baku - Tbilisi - Kars. However, from the point of view of geopolitics, the built communication scheme is unstable., what the recent events on the Azerbaijani-Armenian border showed, when Azerbaijan felt a threat to its communications.

In this regard, Baku would like to fill or add new content to the Azerbaijan-Georgia-Turkey alliance., citing the need to ensure the safety of the transit corridor, may be, based on a triple defense alliance. We mean it, that Bayramov had to solve geopolitical problems during his visit to Tbilisi, and not only to indicate the prospects for bilateral trade, economic and other cooperation between the two countries. In fact, bargaining is underway for Georgia. But she suddenly decided to invoice. Zalkaliani during negotiations with Bayramov, At first, raised the issue of state border delimitation, which was postponed due to the difficulty of holding a meeting in a pandemic. Secondly, he declared, that Tbilisi discovered new cartographic materials, associated with the monastery complex David Gareji VI century, located between Georgia and Azerbaijan, what can make changes to the Georgian-Azerbaijani agreement for 2006−2007 years on border issues.

According to him, these "materials have already been sent to Baku". true, Where, when and how Georgian historians identified such materials, not reported. But if earlier certain forces in Azerbaijan and Georgia attributed the increased interest in the fate of the David Gareji monastery to the influence of "external forces", pointing mainly towards Moscow, then this time the party is led by the government of Georgia, counting, that this complex has an extremely important cultural, historical and spiritual significance for the Georgian society. Many churches and refectories on the territory of the complex have preserved frescoes, dating back to VIII-XIV centuries. The frescoes depict portraits of historical figures, including Queen Tamar. But Azerbaijani historians claim, what like David Gareji, so many Christian monuments on the territory of the republic belong to the history of Caucasian Albania.

That fact, that it was founded by one of the Assyrian fathers, Saint David of Gareja, preaching in Georgia, the Azerbaijani side does not consider an argument in favor of the Georgian origin of the monastery. The question is further complicated by the fact, that a Christian religious site is at the center of the controversy, which is perceived in Georgian society as "the very essence of the Georgian people". But for Baku, a change in position means the collapse of the historical base, with which he leads an ideological struggle with Armenia. Otherwise, Azerbaijan would probably have gone with Georgia to exchange territories long ago.. So don't wait, that Azerbaijanis will just give up David Gareji in favor of Tbilisi, based only on the friendly relations of the two countries. Besides, the battle for the complex fits into the context of the struggle to preserve Christian shrines in the Greater Middle East, which does not always end with a civilized solution to the issue.

Zurabishvili conveyed through Bayramov an invitation to President of Azerbaijan Ilham Aliyev to visit Georgia. And he will accept it? Tbilisi no longer wants to be an ordinary card in the geopolitical solitaire played by Azerbaijan and Turkey in the region. Therefore, it is difficult to predict, what decision will be made in this situation. Special, if David Gareji becomes the subject of tough political confrontation.