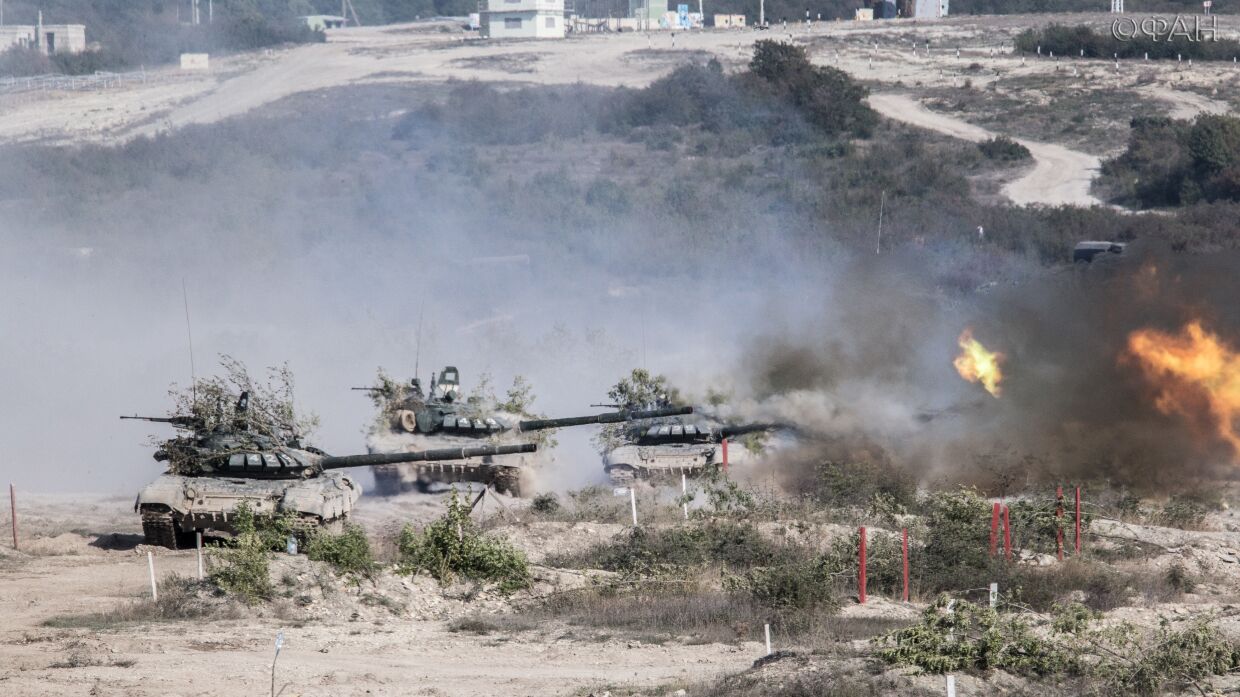 Maneuvering the defense of the Airborne Forces with the use of aviation worked out 23 September, within the framework of the strategic command-staff exercise "Kavkaz-2020" at the Raevsky airborne training ground in the Krasnodar Territory near the city of Novorossiysk, the correspondent reports from the scene FAN.

Servicemen of the Novorossiysk mountain formation of the Airborne Forces with the support of Mi-28 attack helicopters, artillery and tanks repelled an attack by a simulated enemy amphibious assault from the Black Sea as part of the Kavkaz-2020 strategic exercises.

"According to the scenario of the exercise, mock enemy amphibious brigade, concentrated in the Black Sea, made an attempt to land on the coast and hold a foothold for further offensive operations ", - explained in the Department of Information and Mass Communications of the Ministry of Defense of the Russian Federation. 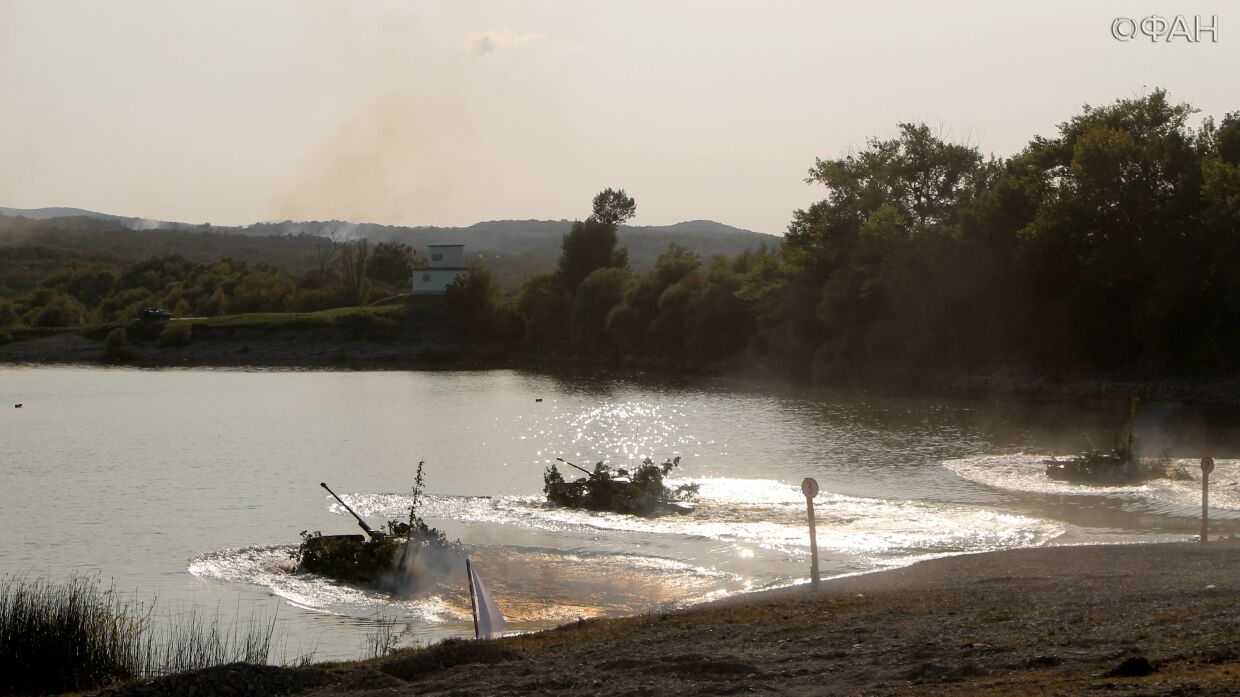 Su-27 aircraft and Mi-28 attack helicopters were taken into the air to destroy the enemy's forward units.. Aviation struck at the command posts and landing facilities of the simulated enemy.

“At this time, the reconnaissance units of the Airborne Forces, using Orlan-10 drones, discovered the exact location of the enemy. Antiamphibious groups were sent to destroy the landing force., for the transfer of which four Mi-8 helicopters were involved under the cover of Mi-28 attack helicopters ", - specified the source. 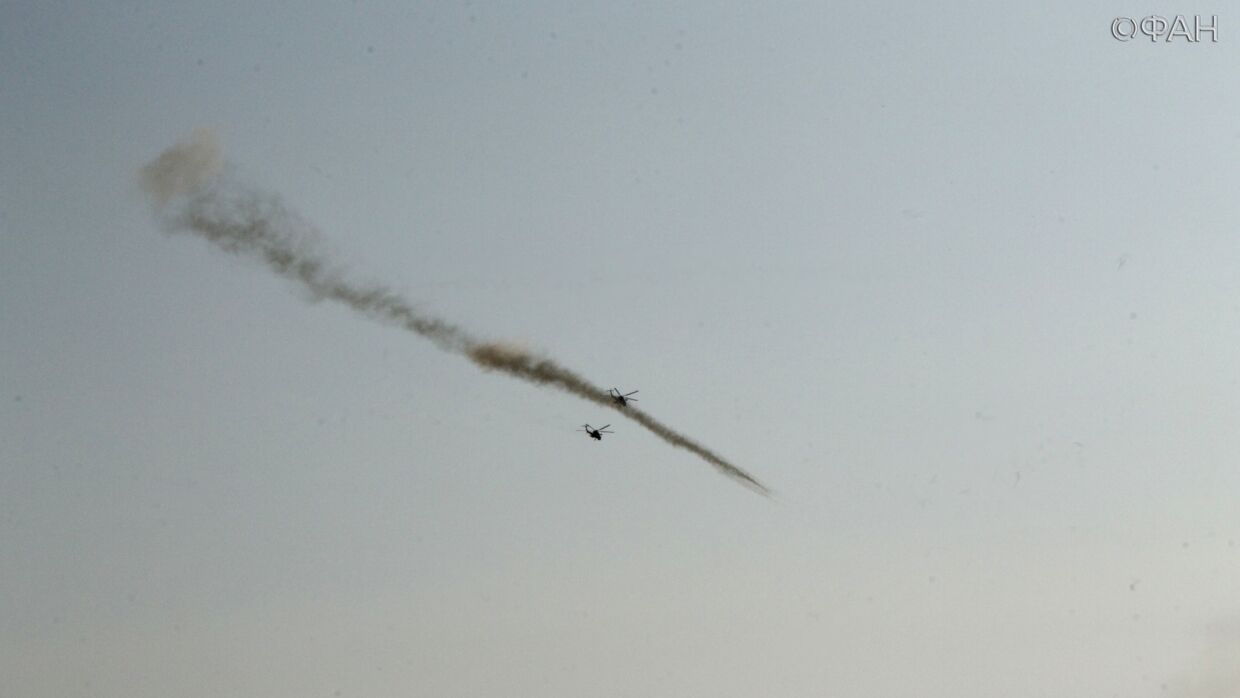 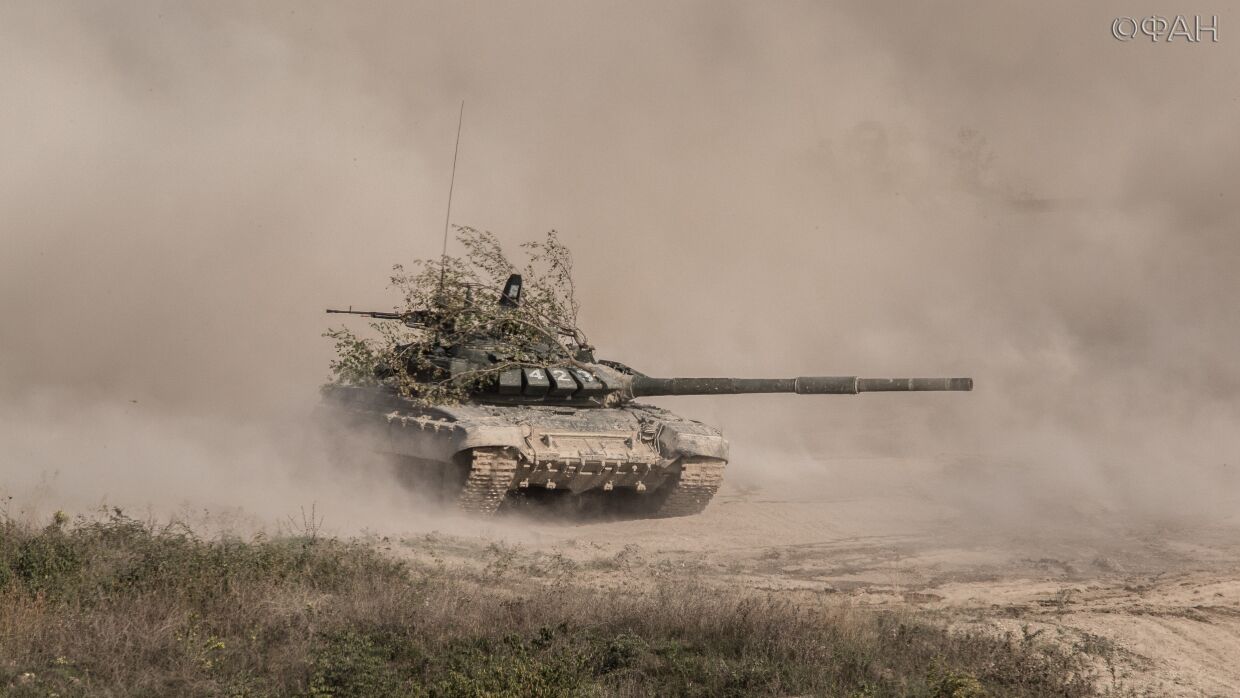 Training episode, completely passed at the "Raevsky" training ground, ended with a counterattack of paratroopers, who, under the cover of artillery fire, crossed the water barrier and "destroyed" the remaining forces of the conditional enemy.

In an interview with FAN, the commander 7 mountain air assault division, Col. Andrey Sukhovetsky He stated, that his personnel, worked out episode, did my job perfectly.

“It was possible to observe an episode on the conduct of anti-amphibious defense by two tactical groups, - he said. - I AM, as a commander, I assess the actions of my personnel for a solid excellent mark. The personnel of the act confidently, was prepared. But the grade will be given by my manager, district mediator, which is present here. Everything went well, without violating safety requirements, at a pretty high level ". 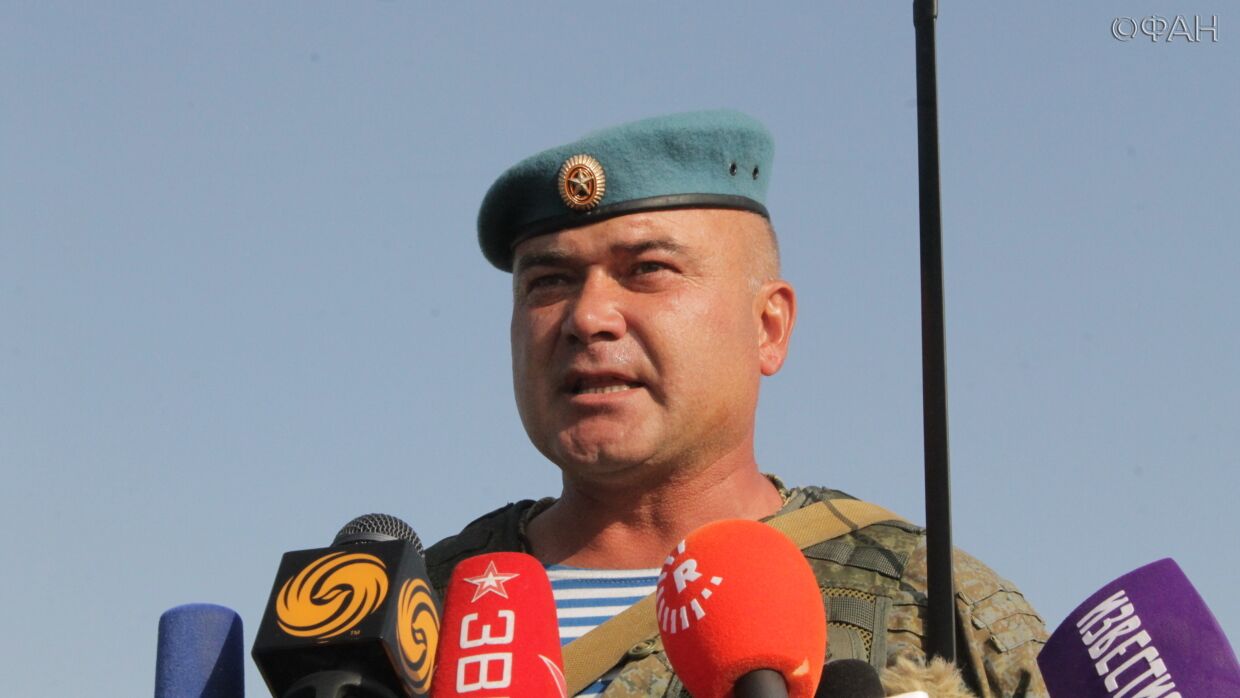 earlier, talking to reporters, Sukhovetsky drew attention to the fact, that a feature of this teaching is, that the division simultaneously uses participation in it at several training grounds.

"The main forces of the division are here, at the "Raevsky" training ground, - he added.

In its turn, parachute company commander of the guard senior lieutenant Valery Kuzminykh talked about the ending episode. 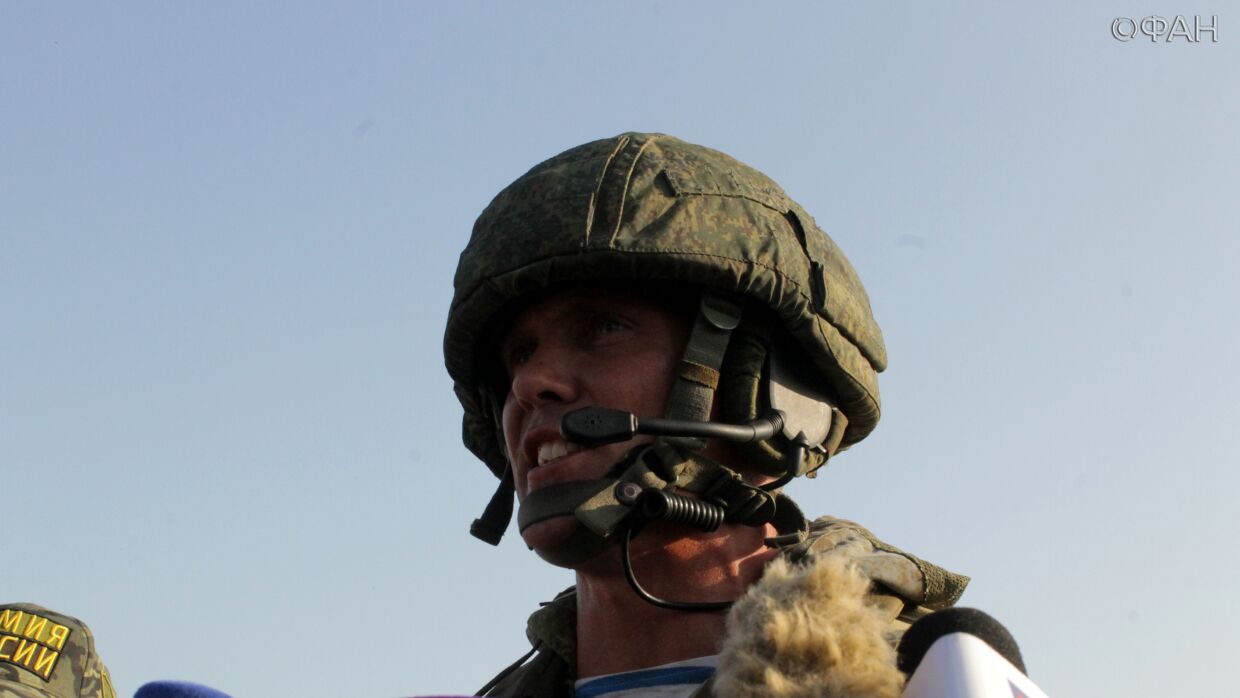 According to the Kuzmins, during the extension, standard equipment was used, standard armament, tasks are performed by means of communication, which are in service with the parachute company.

"The personnel are on 100% contract servicemen, ready to perform the assigned tasks, have combat experience, constantly train and perform such exercises ", - he assured the journalists.

Another feature of the Kavkaz-2020 maneuvers, he considers the extreme saturation, tension and dynamism. 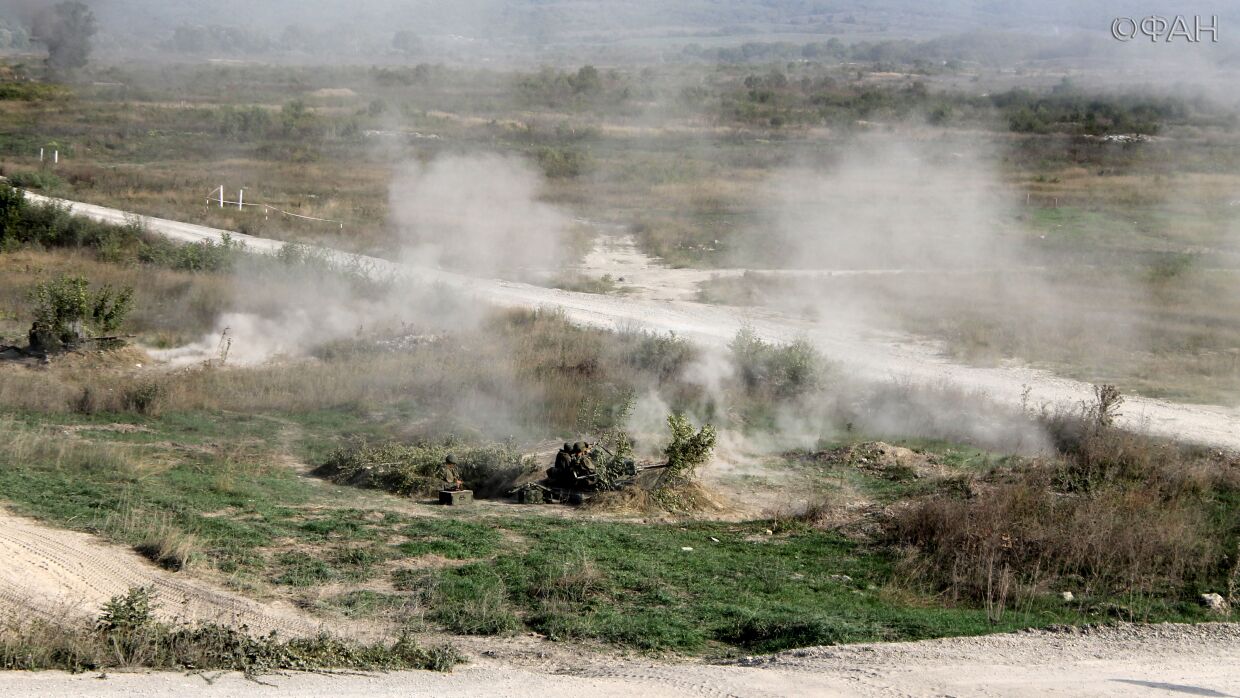 “During the day, sometimes you have to switch from one type of battle to another, - told the division commander. - Even those tactical groups, which you observed here, who led the antiamphibious defense, Yesterday we carried out measures for the protection and defense of important state facilities, conducted reconnaissance and search operations to identify and destroy enemy DRGs, as well as illegal armed groups ". 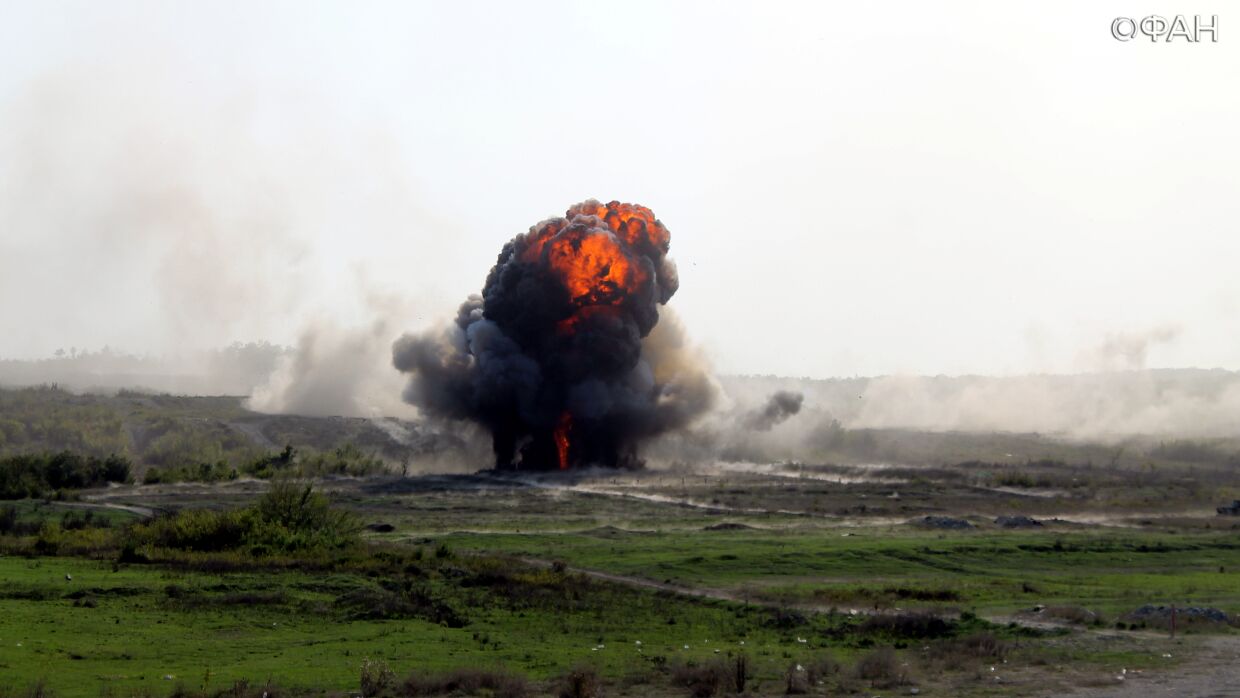 Earlier on the same day, as part of the Caucasus-2020 exercise at the Turali training ground, located in Dagestan near the city of Zelenogorsk, the landing of an amphibious assault on an unequipped coast was worked out.

Recall, that the large-scale strategic command and staff exercise "Kavkaz-2020" is taking place on the territory of the Southern Military District (YUVO), as well as in the Black and Caspian Seas with 21 by 26 September 2020 of the year. In total, about 80 thousand servicemen of the RF Armed Forces, as well as to 1000 foreign military from Iran, Armenia, China, Belarus, Myanmar and Pakistan.

The main actions of the military take place at the internal training grounds of the Southern Military District - "Prudboy", Kapustin Yar, Ashuluk, "Adanak" and "Raevsky". In practical actions of the troops, up to 250 tanks, to 450 infantry fighting vehicles and armored personnel carriers, to 200 artillery systems and multiple launch rocket systems.

On Tuesday at the "Ashuluk" training ground in the Astrakhan region with the use of, in particular, complexes S-400 and "Pantsir-S" were worked out defensive actions to protect the South-West of Russia.

On Thursday, 24 September, within the framework of the Caucasus-2020 exercise at the Prudoboy training ground in the Volgograd region, airborne forces, with the support of aviation, will work out forcing a water barrier and attacking a simulated enemy defending.