Possible participation of German business in the project “Arctic LNG – 2” supposed long ago, but in the current context of the relationship it looks specific. About it FBA “economy today” said a leading expert of the National Energy Security Fund, Lecturer Financial University under the Government of Russia Stanislav Mitrahovich.

The German government is exploring the issue of participation in the project “Novateka” “Arctic LNG – 2” on the Gydan Peninsula in the Yamalo-Nenets Autonomous Okrug. Spiegel magazine reported this on Friday. Edition indicates: Euler Hermes may invest € 300 million in the construction of project infrastructure. And the chemical company Linde will come in with gas liquefaction technologies. But, according to Spiegel sources, no decision has been made yet.

It is worth noting, that a large Russian production project, there are already many investors in the liquefaction and sale of gas. So, French Total is taking part in the project, Chinese concerns CNOOC and CNPC, as well as a consortium of Japanese companies Mitsui and Jogmec. All of these members own 10% shares. The main shareholder is still the Russian “Novatek”.

“Really, at first glance, foreign partners in a Russian company have more than, than enough, – notes Mitrahovic. - But here we have to remember the main problem - Russia does not have a technology for large-scale liquefaction of natural gas, we have to use the developments of the same German Linde. And her participation in the project has long been no secret for industry experts, such statements are a surprise only for ordinary people.

Russian players “Gazprom” and “Novatek” developed only technologies for low-tonnage and medium-tonnage liquefaction. Russian companies are only working on large-scale development, but they are needed here and now. So no German Linde, likely, in such a large project, as “Arctic LNG - 2″, not enough”.

“Arctic LNG – 2” – second LNG project “Novateka”. The total capacity of the three technological lines of the plant will be 19,8 mln tons of liquefied natural gas per year. The launch of the first line is planned for 2023 year, second and third lines – at 2024 and 2026 respectively. The resource base of the project was “Morning deposit”, located on Gydan about 70 km of the project “Yamal LNG” across the Ob Bay. Capital investments for launching the project at full capacity are estimated in equivalent $21,3 billion. 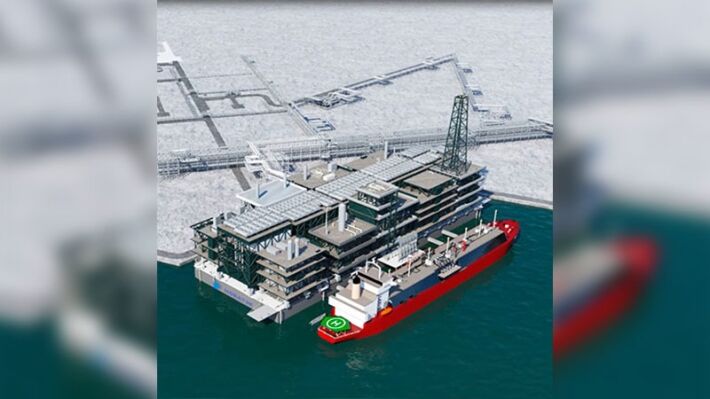 Recently it became known, what “Arctic LNG – 2” can receive from international banks and credit agencies as financial support for about $9,5 billion. This will allow “NOVATEK” close the issue of external financing, the volume of which the company previously estimated at $9-11 billion of the total project budget. The Development Bank of China may also become the lenders of the project (in volume $5 billion), Euler Hermes ($300 million), Japanese Bank for International Cooperation ($2,5 billion) and the Italian company SACE ($1 billion).

“The German government can only approve or not German companies participate in projects with Moscow. And we celebrate Berlin's interest in, for the Germans to participate in the Russian project - against the background of the general political context it is very interesting. We see clear pressure on Moscow due to the gas pipeline project, and immediately attempts to make money on Russian gas, but only from another deposit.

However, hundreds of representatives of German business work in Russia in almost all areas - construction, supplies, production. It is enough to remember such firms, like Siemens, Volkswagen, “Raiffeisen” and many others. The Russian market is huge and attractive for its demand, what promises the prospects for increased profits. So the desire of Germany to participate in “Arctic LNG - 2″ to be expected”, – Mitrahovich emphasizes.

In recent weeks, Germany has changed its rhetoric regarding a joint gas pipeline with Russia under the Baltic Sea “Northern stream - 2”. Using absurd arguments from the history of the incomprehensible poisoning of blogger Alexei Navalny, many German politicians declared the need to impose sanctions on Russia, that “teach her democracy”. Suspension of gas pipeline construction was named as one of the sanctions. 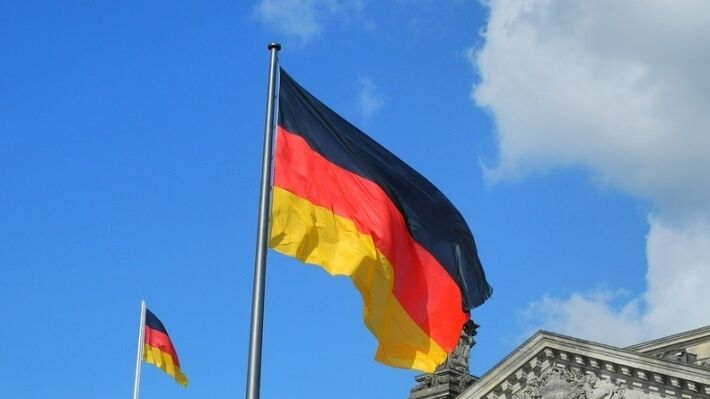 This is exactly what the United States has been seeking from Berlin for several years in a row., lobbying for the supply of its liquefied gas to the European market. Taking into account the fact, what “Nord stream” completed on 97% and invested in it 12 billion, the stop of construction will turn into a loud scandal. But Germany hints at the possibility “frosts” project, while discussing the participation of German business in other gas projects in Russia.

“Based on the new logic of individual politicians in Berlin, “Northern stream - 2” - the project is unnecessary, dangerous and harmful. But the Yamal liquefied gas of Russia is very useful, and German business should support it in every possible way. It is impossible to explain the logical chains of such decisions - unless, politically motivated. But business in a quarrel with Russia is definitely not interested.

However, Moscow has never been the first to confront foreign business, understanding, that the more European firms work in the Russian Federation, the less chances of a sanctions war with the EU. Because Russia, conversely, did everything to save investors. However, we understand: if Germany begins to seize assets of Russian business on its territory under the pretext of sanctions, German companies will be subject to similar actions by the Russian Federation”, – concludes Stanislav Mitrahovich.