Honored Artist of Russia Mikhail Smirnov confessed, that he is not only proud of his friend and colleague Evgeny Petrosyan, which runs on Wednesday 75 years, but even envies him with white envy.

Famous pop artist, humorist, musician, conference, actor and chief director of the Buff Music and Drama Theater, and others, people who know the hero of the day - Vladimir Vinokur and Sergey Zhorin - did not deny themselves the pleasure of congratulating through Federal News Agency People's Artist of the RSFSR Happy Birthday.

“If not for him, my life, of course, would have turned out differently "

“I've been asked a million times, what i think about, let us say, his marriage to Tanya [the fifth wife of Petrosyan Tatiana Brukhunova, signed in December last year. - Note. FAN], - said Smirnov. - And I just now realized, what do I feel about this whole thing. And I am proud. I am proud of Petrosyan because, that he was able to sacrifice half of his fortune for love. He's a man, man!»

At this, what is Evgeny Vaganovich capable of, capable of few people all over the world, says the actor and director of Petrosyan's theater "Crooked Mirror".

"You know, many say, that he is a very difficult person, And so on, other, other, - testifies Smirnov. - Well, I do not know, I always found it easy and simple with him, because i understand, what is he guided by. In his work, he is guided by two things. The first is for it to be successful. And the second - so that there is no vulgarity, and at the same time he would not be ashamed. If it succeeds and does not work, - all, so, fit!» 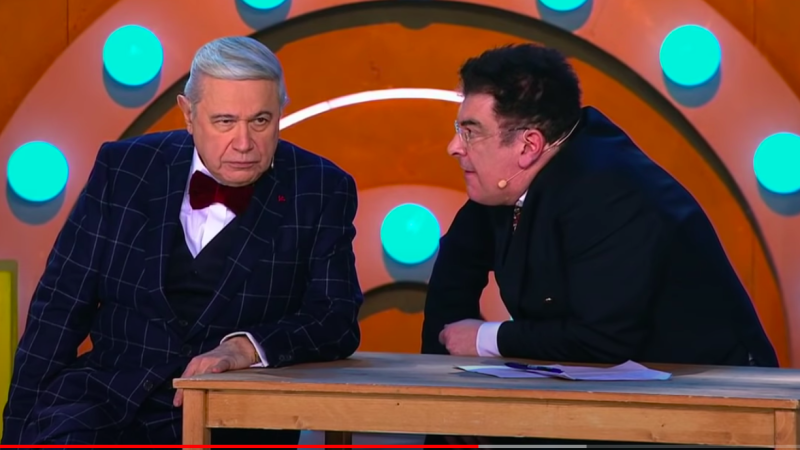 Then the interlocutor of FAN decided to tell a little about himself and about his current life.. All this, as it turned out in the end, - with subsequent binding to Petrosyan.

“Do you understand, the kind thing, - lately it is very difficult for me, just a huge amount of work fell on me, - Smirnov suddenly complained. - Aged 94 years old my teacher died [founder and long-term artistic director of the Buff Theater Isaac Shtokbant. - Note. FAN]. It happened, that I had to take his place, there was no other way out, that's why he became the artistic director of the theater…»

Due to the high employment, an artist living in St. Petersburg, for obvious reasons, cannot, Unfortunately, devote a lot of time to Petrosyan's projects.

“I pray to God for one thing - in general, so that he does not get angry with me and forgive, - said the actor and director of "Crooked Mirror". - Because I treat him just as well, as always. know? It's just very hard for me! And I can't go to Moscow… I have so much work, I don't know, how to get out of it at all (laughs). I hope, what Evgeny Vaganovich will understand ".

According to the interlocutor FAN, even when they just look at each other, without saying anything, everyone understands anyway, - because they are very similar and because both are workaholics.

“I feel white envy towards him, I really, really envy him, because Petrosyan is capable of this, what are rare, rare people capable of, - noted Smirnov. - Yes, I envy him. He is great! Vaganychu - [wish] as long as possible [to live]! I understand, what if not for him, my life, of course, would have turned out differently. This is not an influence, how can I tell you, this is bigger. know?» 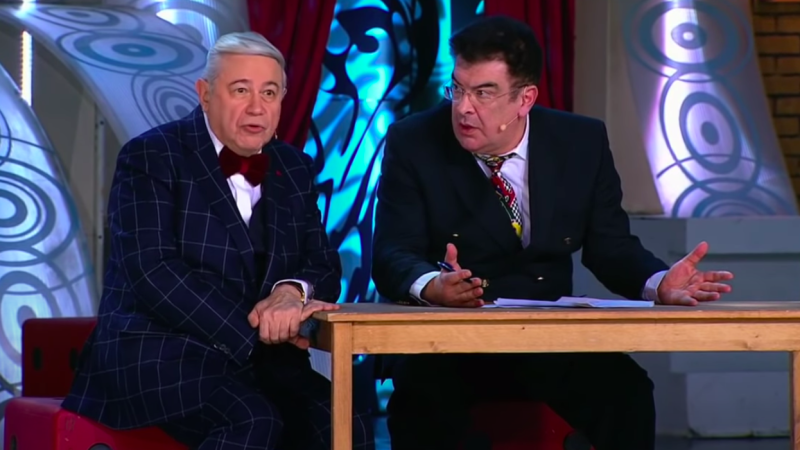 When Petrosyan advises Smirnov something, he agrees with this. And when they argue about something, and he suddenly disagrees, as he admits, it is even more valuable, because in dispute, as is known, рождается истина.

"Understand, how old is he really, impossible "

Another People's Artist of the RSFSR - Vladimir Vinokur - told FAN, that Petrosyan, "Despite his youth, is a veteran of humor ".

“He found and worked with Leonid Utesov, and with Arkady Raikin, and with all the leading artists of the 20th century, and entered the XXI century, - noted the famous humorist. - Evgeny Vaganovich, generally, that man, who teaches young people, he has many pupils. And he can only wish him long life. Including, creative. Because 75 Is youth ". 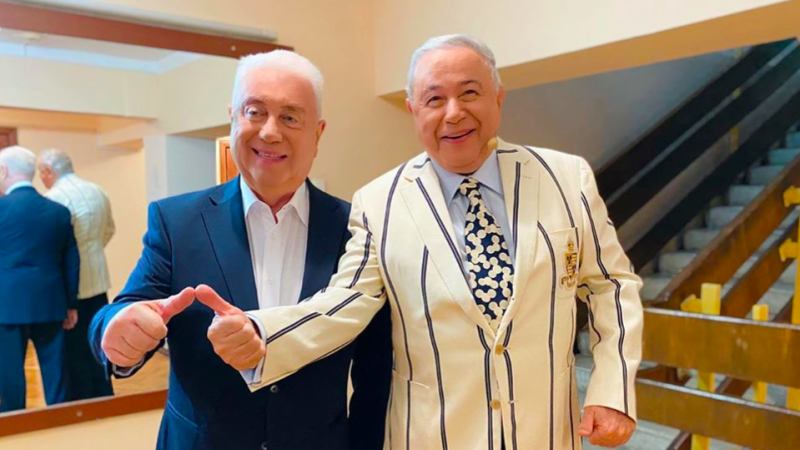 Notably, what then Vinokur suddenly declared, that he never did parodies of Petrosyan. And they, who writes about this, just lie.

Well-known Russian lawyer Sergey Zhorin, defended the interests of today's hero of the day in a sensational divorce trial from Elena Stepanenko, in a conversation with the FAN correspondent, immediately from the bottom of my heart congratulated Yevgeny Vaganovich on his birthday.

“You know, to understand like this, how old is he really, impossible, - said the lawyer. - He is young and in spirit, and everyone else. It's interesting with him! And the most important thing, that Petrosyan lives a full life. Much richer, than people, who are much younger than him ".

Therefore, the interlocutor of FAN wants to wish Evgeny Vaganovich, so that it lasts as long as possible - so that he lives and enjoys life, did not pay attention to any troubles and continued in the same spirit. 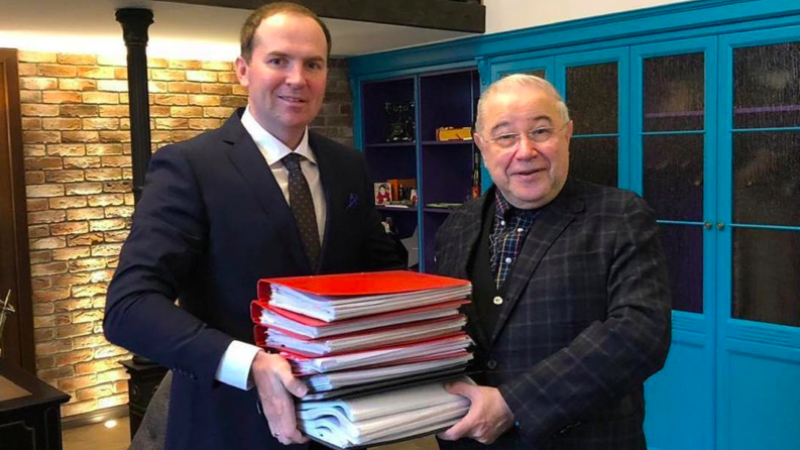 In conclusion, Zhorin noted, that I have already prepared a gift for the hero of the day, but to speak, which one, he, of course, refused: "It's a secret!»