Pictures from one of the polygons in the Astrakhan region appeared on the network, where maneuvers with the use of tanks took place. In particular, we are talking about the use of T-90A tanks.

According to some reports, anti-tank missile systems were used during military exercises, among them - ATGM "Konkurs" with ATGM 9M113M.

Social media reports, that during the exercise, the Konkurs ATGM missile hit the tank involved in the exercise. The photo shows, that the combat vehicle was seriously damaged, there is no armor penetration, but there is clear damage to the hinged elements of the tank's protection.

Some photos were published on the War News Today page on the VK social network. 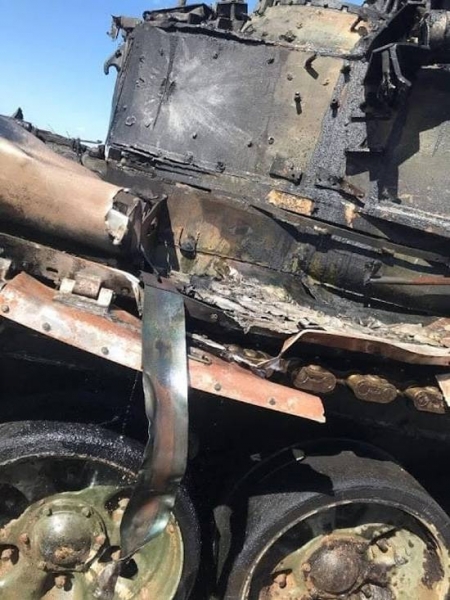 In such situation, when ATGM “I found” as a target tank, COEP could have worked (optical-electronic countermeasures complex) “Blind”.

The network says, that from penetrating the side projection of the tank “could have saved the spare parts box”. This statement is actively discussed on the net. – on the subject of, is this element really capable of saving tank armor.

At the moment, there are no details of the case at the military training ground near Astrakhan., as there is no data about, when exactly did it happen.